The Police in Ogun State have arrested a 16-year-old boy identified as Adeniyi Muhammed for allegedly stealing 14 used female panties.

The Police Public Relations Officer in the state, Abimbola Oyeyemi, said the suspect was arrested following a report by one of his victims, Amudalat Opaleye, on Kano Street, Ayetoro. 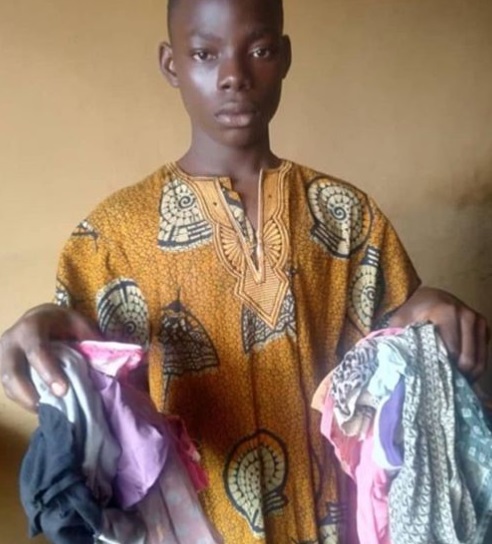 According to Amuda, on Tuesday Adeniyi sneaked into her room and stole her panties but was caught while trying to leave. During a search, another 14 used woman panties were recovered from the suspect’s house.

Upon interrogation, the teenager admitted he committed the crime but claimed that he was sent by somebody to get the panties for him. Investigations have been launched get his alleged accomplice arrested.