A 20-year-old boy identified as Eyitoluwa Olayeye, has been arrested by the Austin Police Department for reportedly killing his mother.

Eyitoluwa, a University of Texas student was arrested after the police responded to a emergency call made by the Holiday Inn Express at 805 Neches St. just before 5 a.m. on Wednesday November 6. 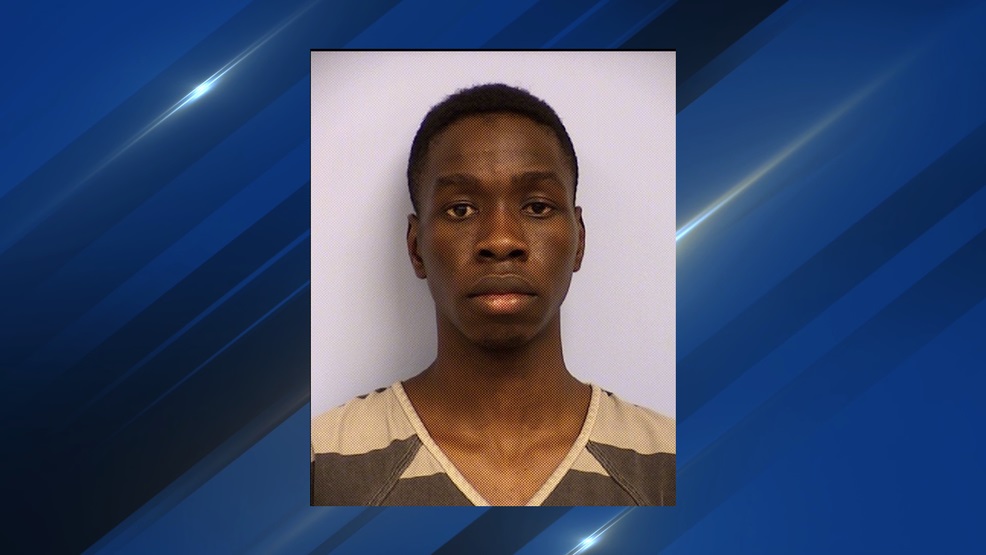 48-year-old Kehinde Olayeye had flown to Austin from Georgia with her sister to visit Eyitoluwa on Tuesday November 5, after he was released from Dell Seton medical center where he underwent a psychiatric evaluation for touching someone inappropriately at University of Texas library.

Kehinde’s sister told the police that the suspect kept saying “I pray that God brings us together” on phone before his friends told his mother what happened on campus, prompting the unplanned visit to Austin. His aunt also said the boy told them that the hospital was trying to hold him because of a mental issue, but he “just told them what they wanted to hear so they would let him go.”

A security guard at the Holiday Inn told investigators he heard loud noises coming from Eyitoluwa’s room around 4:30 a.m and asked them to keep it down. But he said the noises grew louder and it sounded like people were fighting and banging on the wall.

The policemen found him lying on the back of his mother who was face down on the floor. “A bloody pillow was observed inside the room,” the affidavit revealed. Austin-Travis County EMS medics tried to resuscitate Kehinde Olayeye but she was pronounced dead at 6:12 a.m.

Eyitoluwa who had wounds on his left elbow and bicep, a swelling on the right side of his face and a bruise on the inside of his right bicep told the police he is a junior at UT and went to class on Tuesday. He told investigators he was in class at UT on Tuesday, played basketball at the rec center, and then went to the UT Tower to pray.

Eyitoluwa also told investigators that he remembered being taken to the hotel by his aunt and mother, lying on the bed with his mother who prayed for him before finding himself at the back of a police car with no idea of how he got there.

Eyitoluwa Olayeye is currently charged with aggravated assault and a second-degree felony as it was further gathered that his late mother suffered a deep skull hemorrhaging, hemorrhaging around the neck, lacerations to her inner mouth and petechial hemorrhaging, as well as soft signs of strangulation.