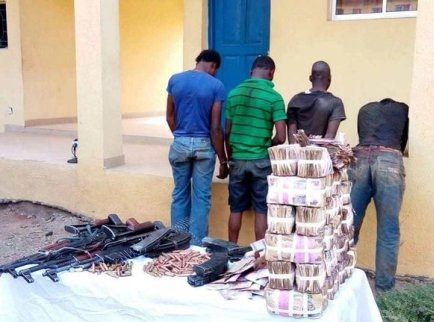 Thirty-two people, including two police personnel and two bank workers, were killed during the exchange of gunfire between the robbers and the police during the robbery that occurred on February 12 , 2016,

Justice Falola, while delivering the judgement, found the men guilty of launching coordinated attacks on the First Bank, Union Bank and Skye Bank, situated on the same street in Ikirun in the Ifelodun Local Government Area of the state and pronounced the death sentence on them. 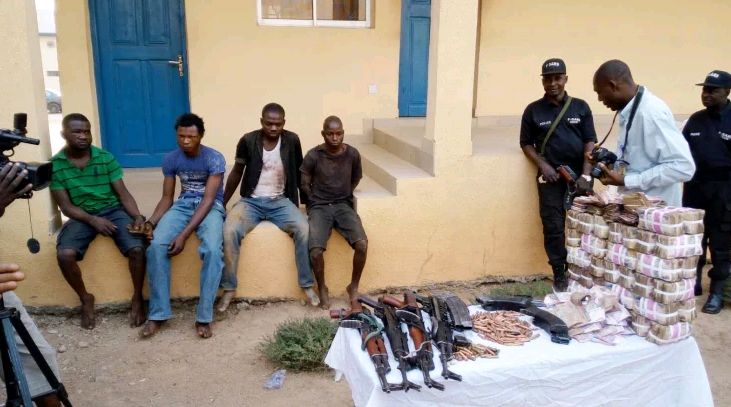 Badiora told the court that the convicts on Feb. 12, 2016 at about 3:30 pm, in a coordinated bank robbery, attacked First Bank, Union Bank and Skye Bank, situated along the same street in Ikirun, simultaneously.

The prosecution counsel said during the robbery, combined team of policemen from Iragbiji police Division, Ikirun police Patrol Team and Special Anti-robbery Squad, responded to distress call and gun duel ensued between the armed robbers and the policemen at the scene.

He said investigations revealed that seven members of armed gang were killed by police at the scene of crime, while some others escaped with gunshots injuries.

He said seven assorted ammunitions including AK-47 gun Israeli and Russian made and N7, 486,300.00 taken from the banks were recovered by the Police.

Defence counsel Sunday Atofarati and Ajibade Omoyajowo, pleaded with the Judge to temper justice with mercy.