About 32 suspected prostitutes have been arrested by Kano State Hisbah Operatives who launched a combat operation on several dark spots in the state after receiving an intelligence report. 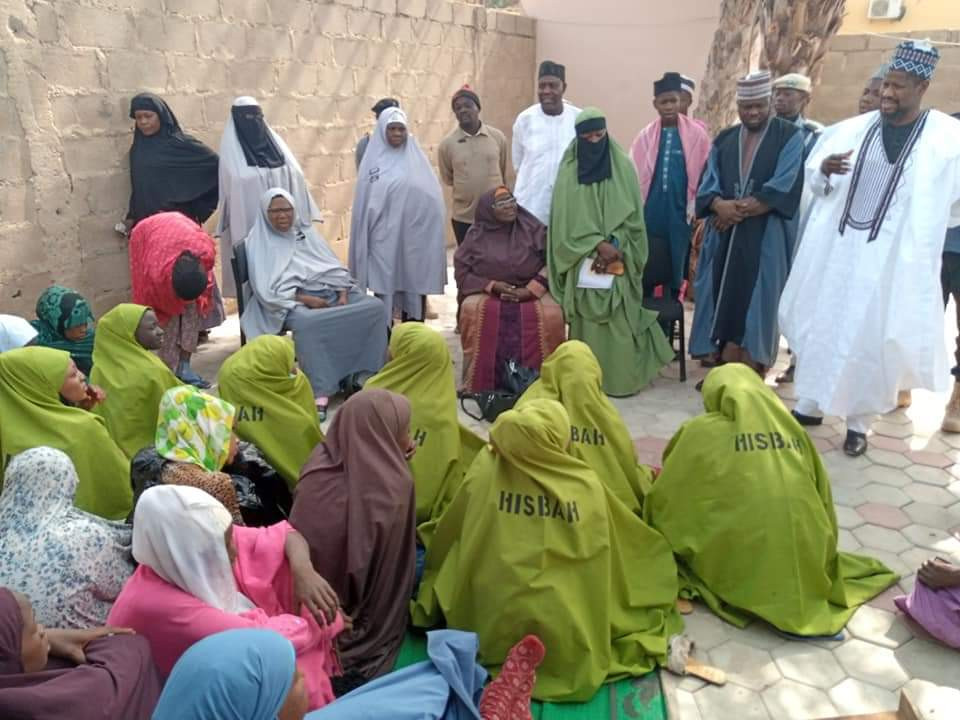 Director General of Kano Hisbah Board, Sheikh Haruna Muhammad Sandi Ibn Sina ordered a high profile investigation to establish the complicity of all the suspects who were all dressed in customized Hisbah hijab as a major steps towards a comprehensive rehabilitation. He also invited the parents of some of the suspects for a crucial meeting after his short sermon touched some of the arrested suspected prostitutes.

Sina further stated that any of the suspects found wanting will be facing the law according to the dictates of Sharia.

Nigerian lady shares her experience with One Chance Operators in Lagos (video)
Please Share this:
AD: How I make N225,000 Naira From the Internet Every Month