A man identified as Kayode Oladehinde has been arrested by the Ogun State Police Command for allegedly defiling and impregnating his 13-year-old stepdaughter.

The suspect was arrested following a complaint filed by the mother of the victim at Ogijo Divisional headquarters.

Oladehinde, 50, was accused of giving the girl a drug that left her bleeding profusely after he realized she was pregnant. 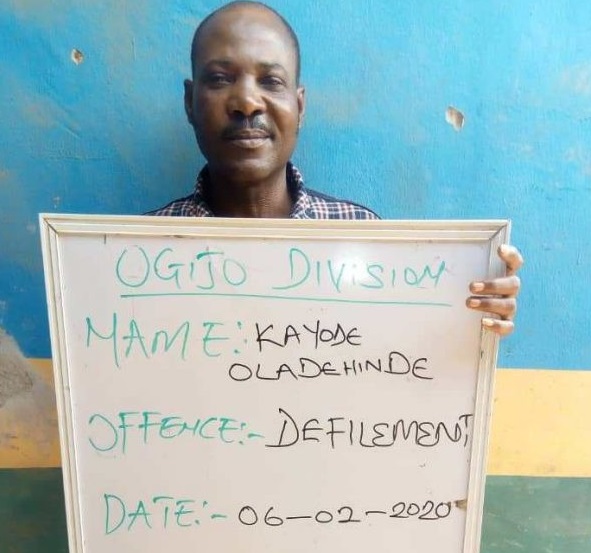 Ogun State Police Spokesperson, Abimbola Oyeyemi confirmed the arrest of the suspect and also disclosed that the incident occurred on February 4 at Ogijo in Sagamu Local Government Area of the state.

“Men of the Ogun State Police Command on 5th of February 2020 arrested one Kayode Oladehinde ‘m’ a resident of Olope Street Ogijo for defiling his 13-year-old stepdaughter (name withheld).

“The suspect was arrested following a report from the mother of the victim who complained at Ogijo Divisional Headquarters that her daughter informed her on the 4th of February 2020 that the suspect, who is her present husband, forcefully had carnal knowledge of her as a result of which she got pregnant.”