Nollywood actress, Angela Okorie got involved in a mild accident in the early hours of Saturday while she was leaving from a club in Lekki, Lagos. 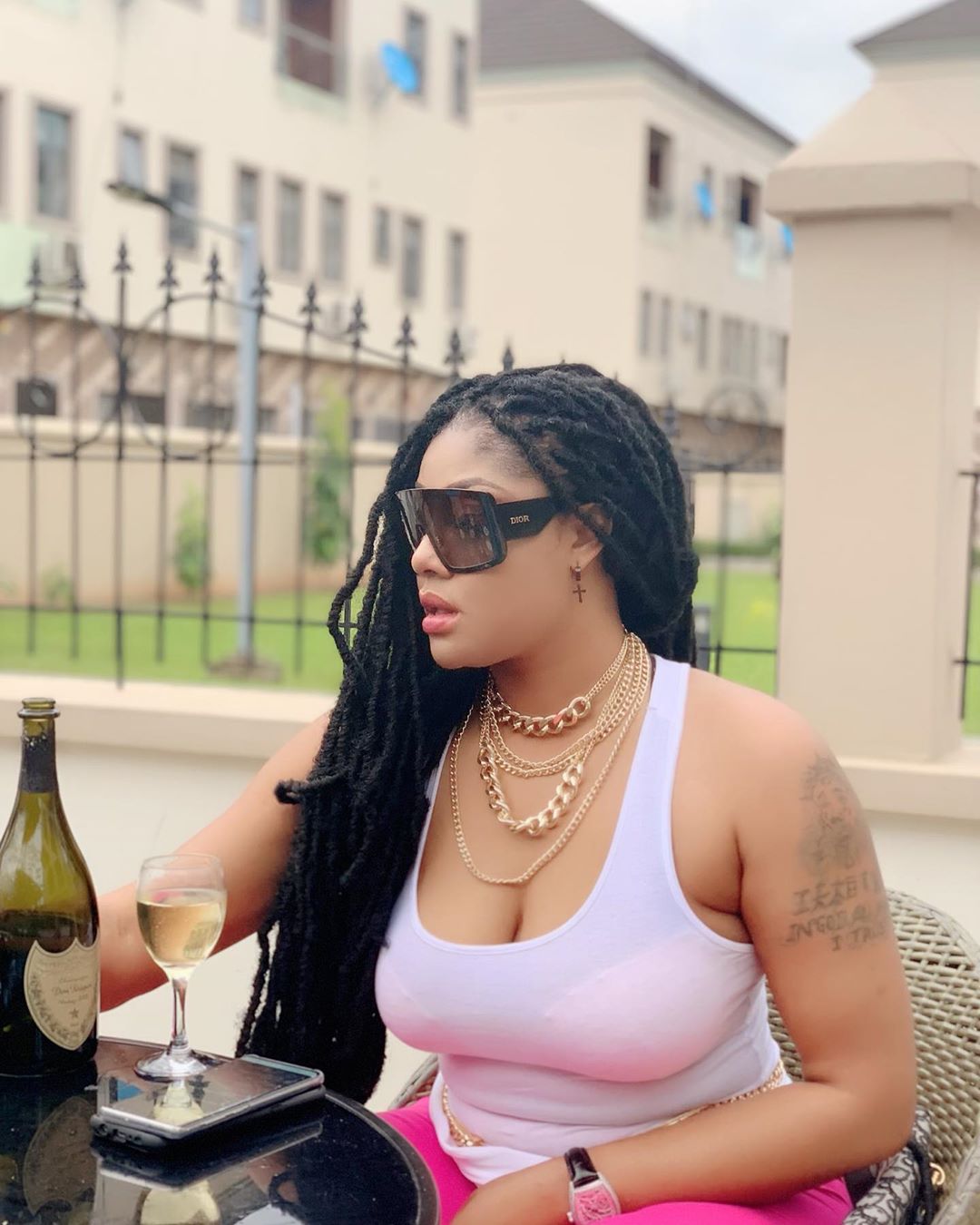 The mother of one, who’s in her mid-thirties, shared that she plunged into a drainage facility while she was coming out of the nightclub which is quite popular in the city,

She shared a video of herself as she lay on a sickbed with her left hop severly bruised due to the gravity of the fall.

In the short clip, the actress looks to be really weak and writhing in pain as drips were attached to her body.

The actress, also in the video, urged the management of the club to ensure that the drainage is covered so as to prevent other unforeseen occurrences which could be more fatal than hers.

She shared alongside the video,

Coming out of @clubquilox this morning I fell into the drainage at the car park. It was a bad experience, please quickly do something about those opened gutters before it kills someone ,
Other people might not have the Grace
To survive such incident
But I thank God For his grace over my life
Am doing this because it’s necessary
Not to talk down on the club
But for corrections to be made
So it doesn’t happen to some one else
Thank you