Actress, Anita Joseph took to her Instagram page to call out her best friend and colleague, uche Elendu.. and it’s messy.

The call out was over claims of extreme jealousy in their friendship. 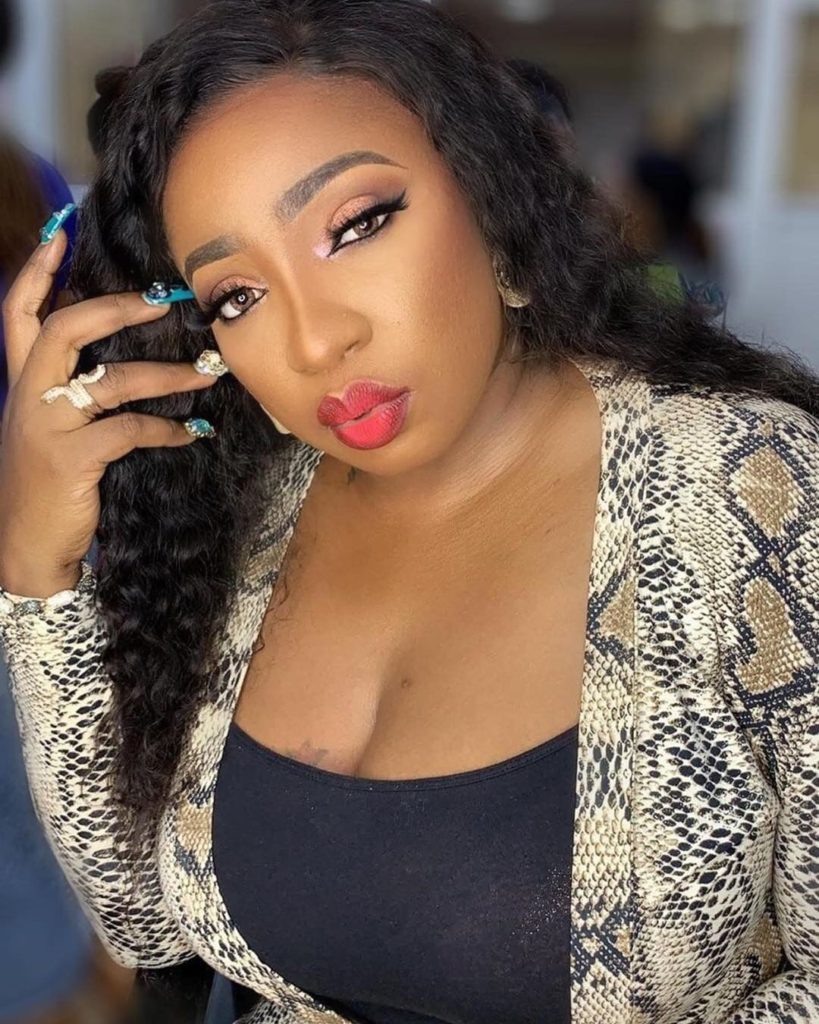 Anita shared details of their messy fight via an IG video, where she alleged that her bestfriend, Uche got angry with her after she modeled the hair of another brand.

Anita also alleged that Uche has been on the bad side of so many people, as she is always quarreling with everyone around her. She went on to recount how she bought weaves and artificial eyelashes of over N1m from her ‘best friend’ without getting any for free. 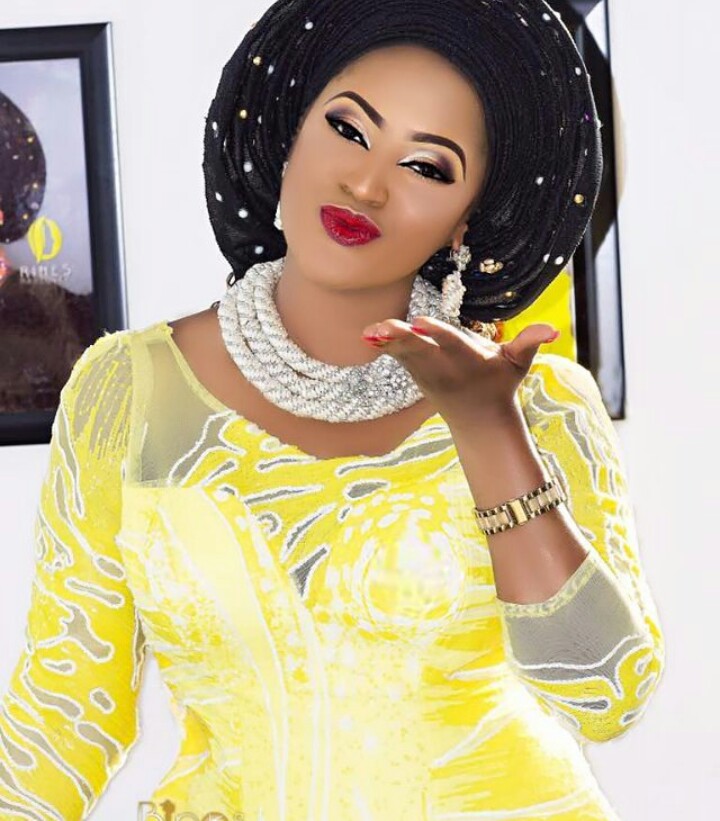 Asking if she is a witch who wants her to remain broke, Anita recounted how Uche told her she wanted to give her one of her products for free when their quarrel started. She told her ‘best friend’ to keep her name off her mouth because all is not well between. The actress also recalled telling Uche Elendu not to wish her a happy birthday because her birthday message will be filled with lies.

Read Also:  Lesbian shares reaction she received after disclosing her sexuality in a saloon 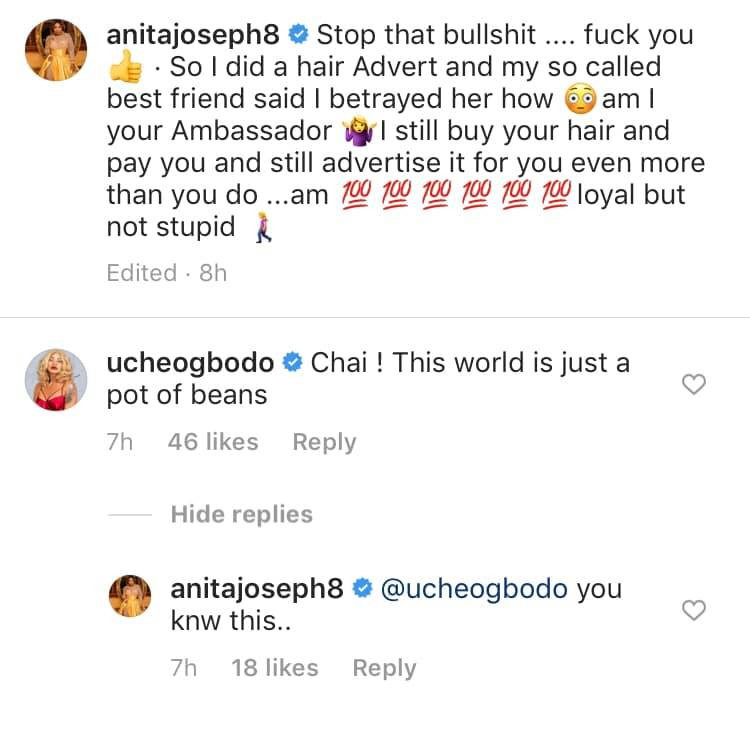 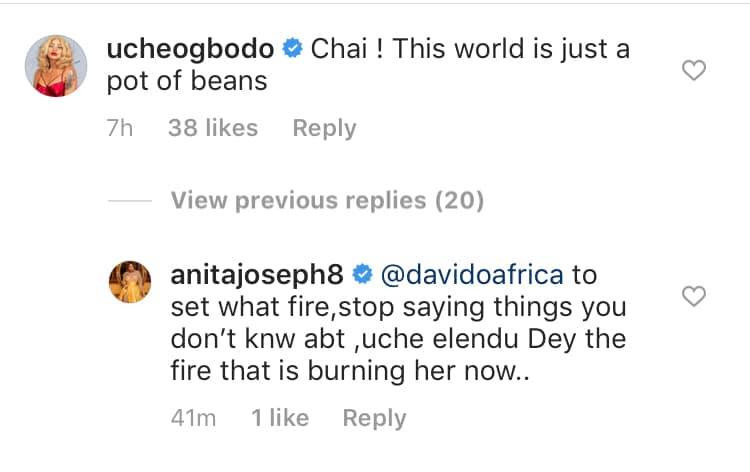 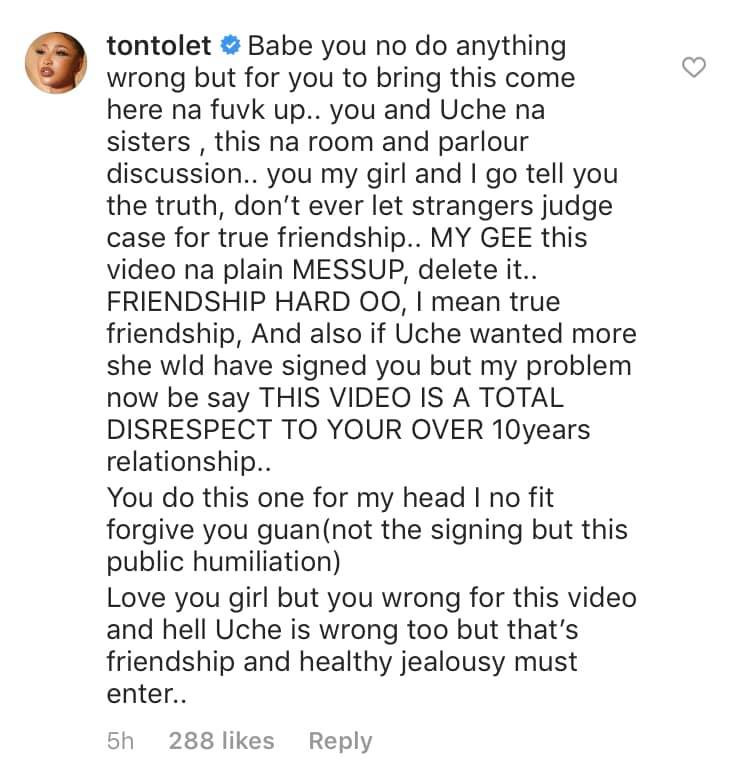 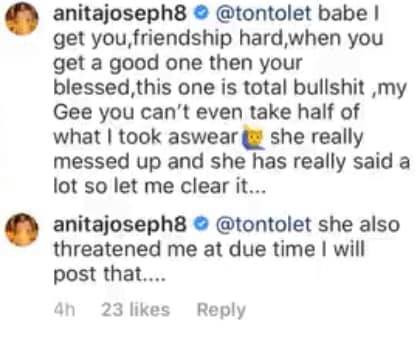