Popular Nollywood actress, Chioma Akpota was dragged into an unprecedented exchange by a social media user for disrespecting the Queen of Benin by twerking in a Benin royal costume. 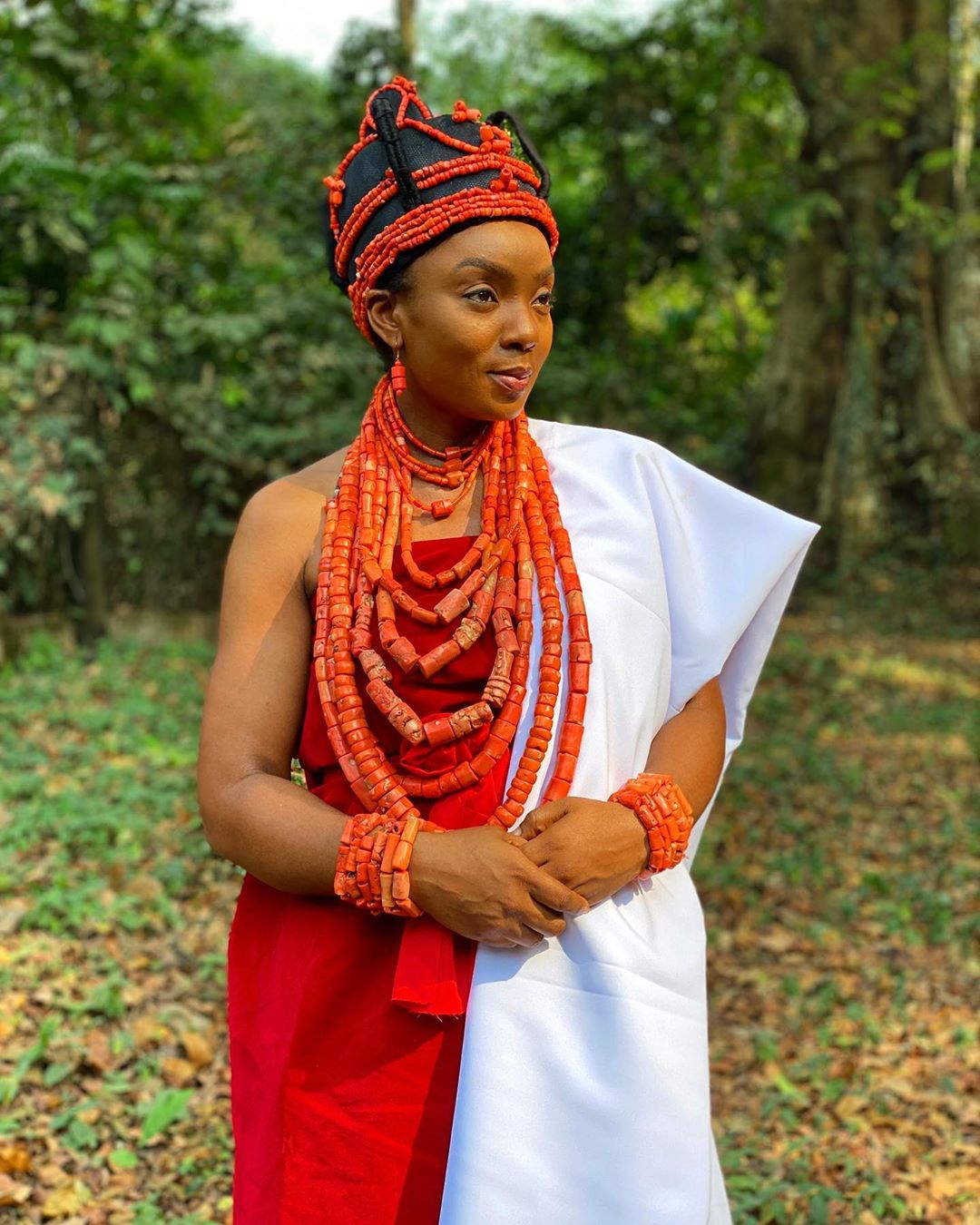 The mother of two who was joined by other actresses on set for a movie, were seen twerking with the costume as they shared snippets on the Internet.

Following that, a social media user identified as ‘Joystar636’ criticized the actress, calling their actions disrespectful.

The actress, however, replied to ‘Joystar 636’ and mockingly tagged her a queen.

It didn’t end there as ‘Joystar636’ went further to ask the actress to re-educate herself.

Read Also:  Nigerian final year student dies of coronavirus after being refused test in US. 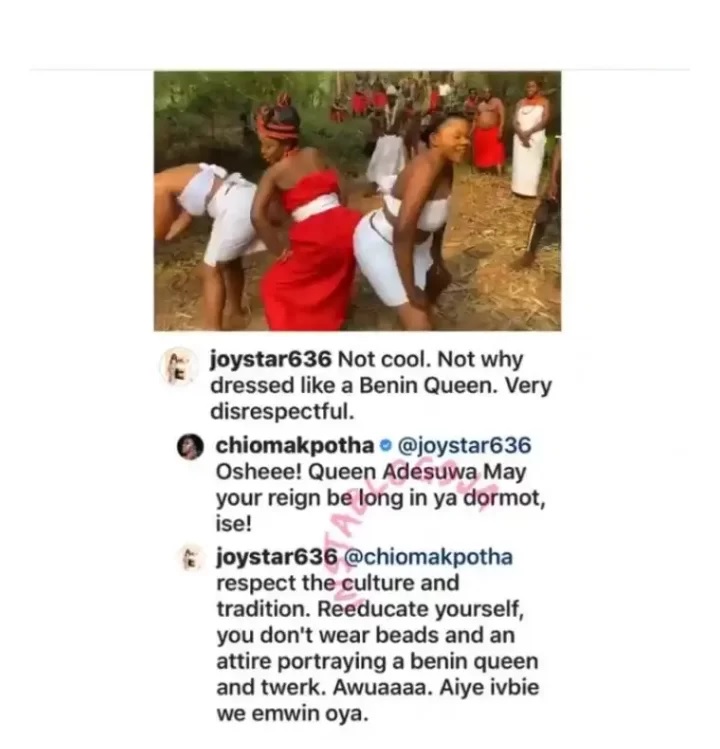