Nollywood Actress, Doris Ogala has released another chat in which her frenemy, Uche Elendu was accused of pimping out pregnant women.

This is coming just days after she called out Elendu and her BFF Oge Okoye for allegedly snatching other people’s husbands and back-stabbing their friends. (Read here) 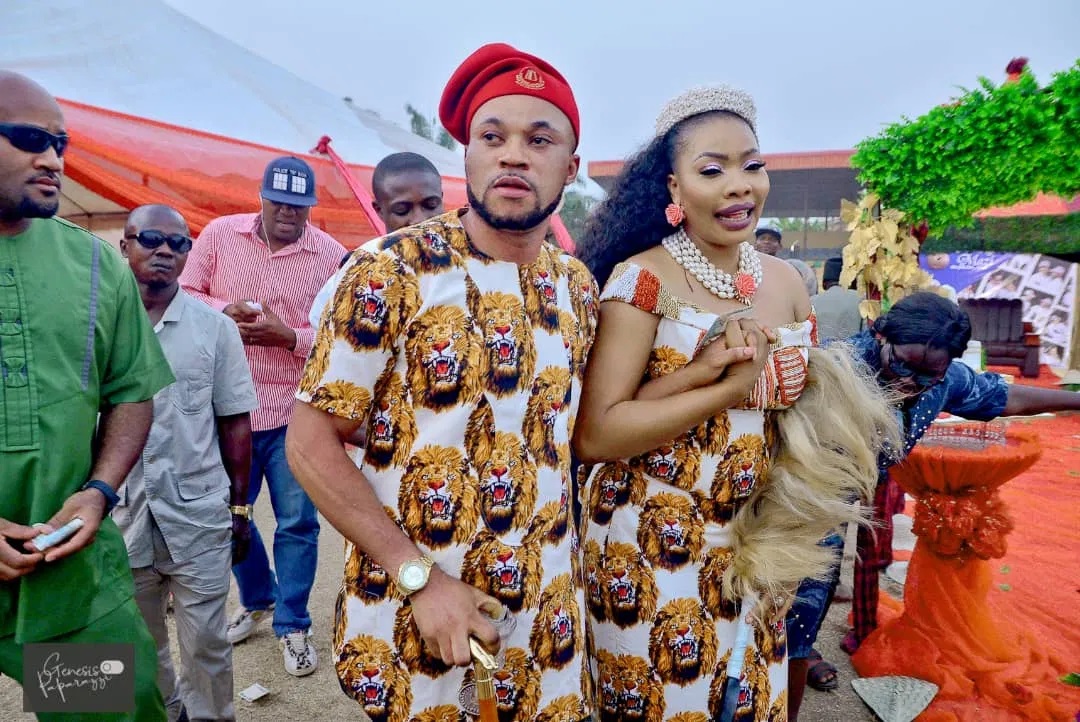 In the chat shared, Uche Elendu was accused of spiking the drink of one “Emili” who she allegedly pimped out to a man whose identity was not disclosed. Oge Okoye was also accused of knowing about the acts allegedly perpetrated by Uche Elendu.

See the screenshot she shared below ; 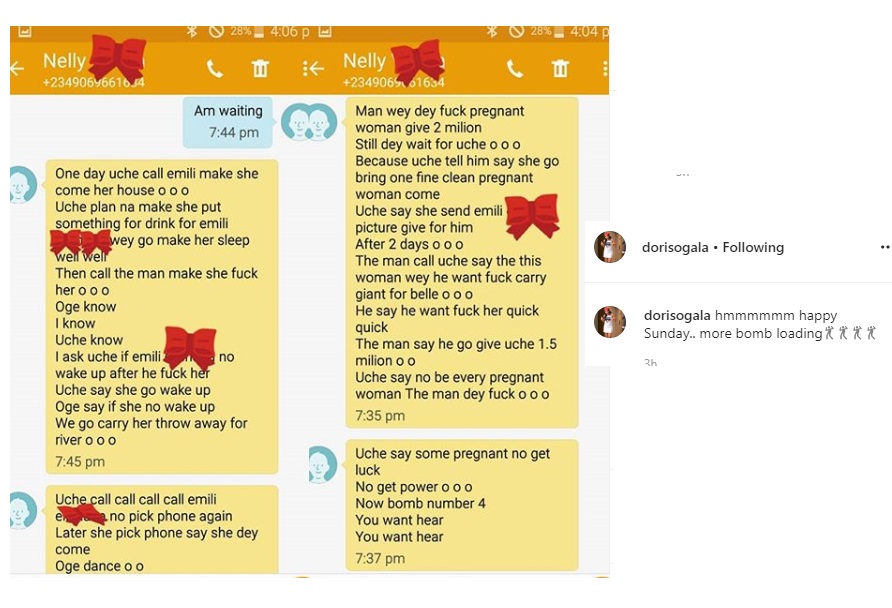