Nigerian singer, Adekunle Gold was showered with accolades from his fans and followers on Twitter for standing in solidarity with his spouse and fellow singer, Simi after a follower reported her to him. 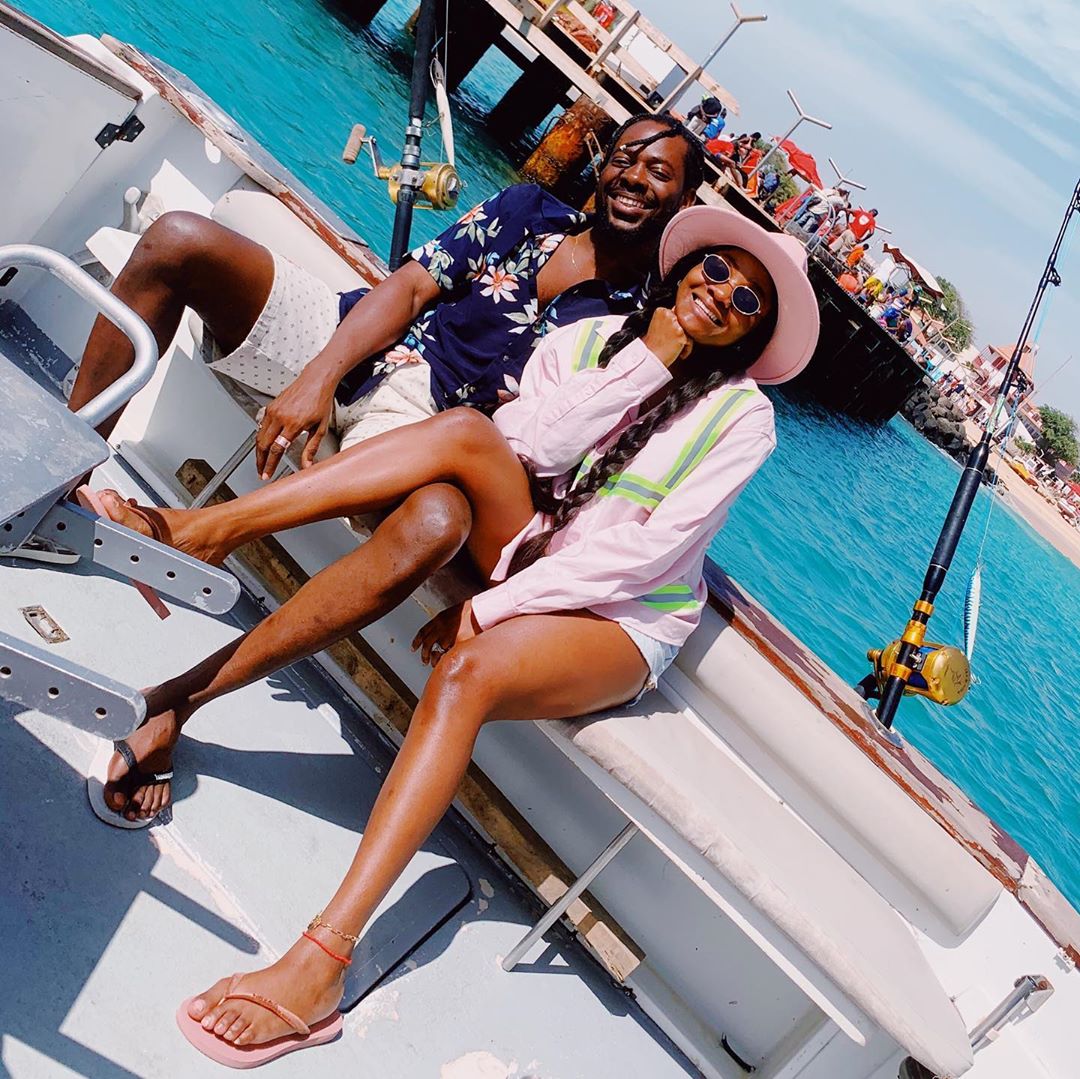 Adekunle Gold had taken to his Twitter page randomly and asked his fans in a tweet to say what they need to say — tons of comments followed the tweet but one peculiar one caught the singer’s attention.

What the follower had to say was to report his wife to him after she blocked him on the microblogging platform. AG’s response to the tweet is what has tweeps heaping his with praises. 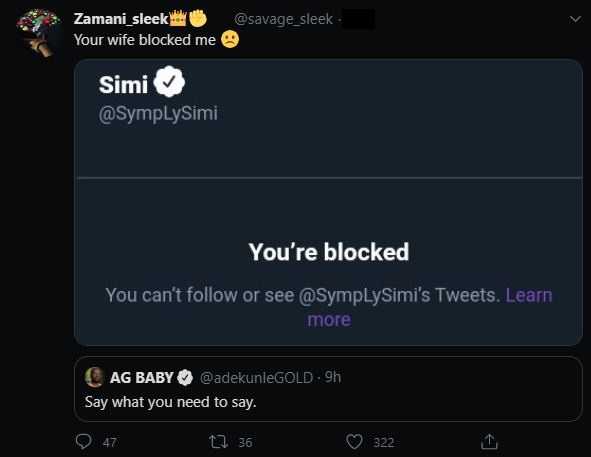 Adekunle Gold didn’t bother asking about the event that led to the blocking but stood with his wife’s decision by saying, 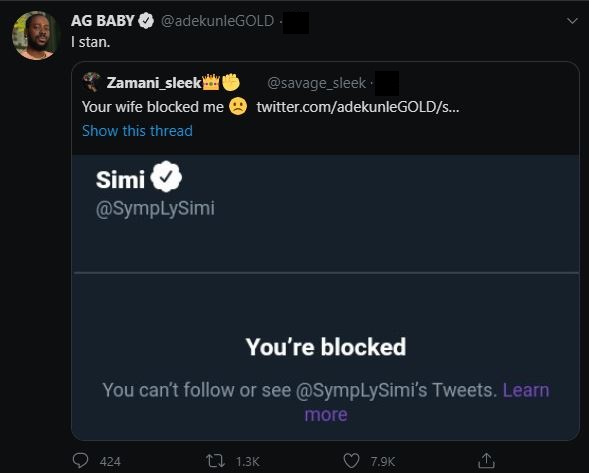 The celebrity sweethearts sealed their union in holy maturity in early January of 2019. They currently are expecting their first child soon, following the baby bump that was unveiled in her music video weeks ago.

Read Also:  “I don’t like this kind of friendship, I knew it was fake love all along” – BBNaija’s Nengi tells Ozo (Video)