Adunni Ade, a Nollywood actress and movie producer, has shared on Instagram some photographs of her sick mother, right on her sick bed.

Explaining why she released the images, the actress stated that she wanted to celebrate the older woman. 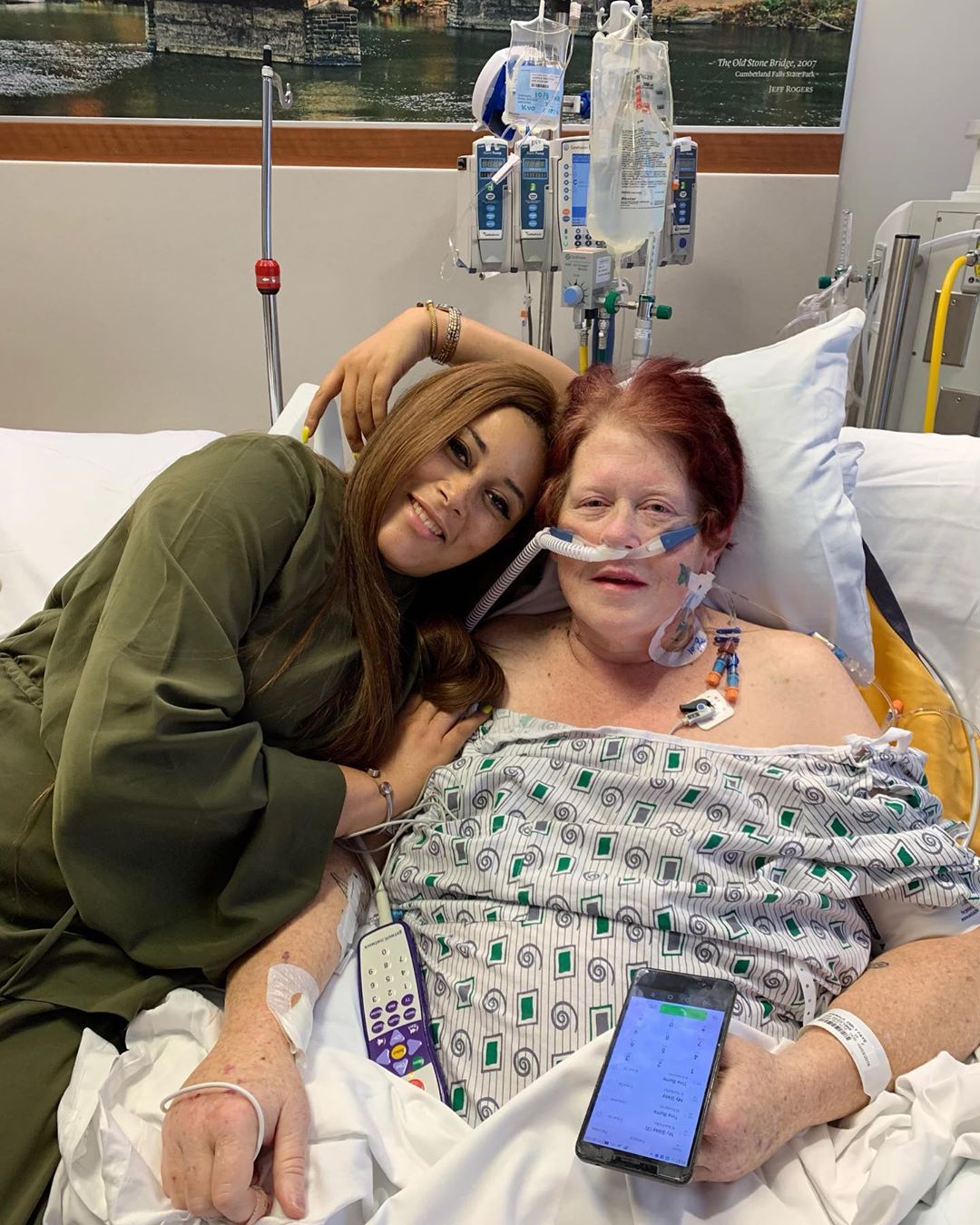 She wrote: “I didn’t wanna post this but I wanna celebrate this Strong Woman. You don’t deserve half of the negativity but you’ve always pulled through and this isn’t different. I wanna celebrate you while you’re still here. I loved you before I met you, I still love you until tomorrow. Not yet mama! My Fighter!” 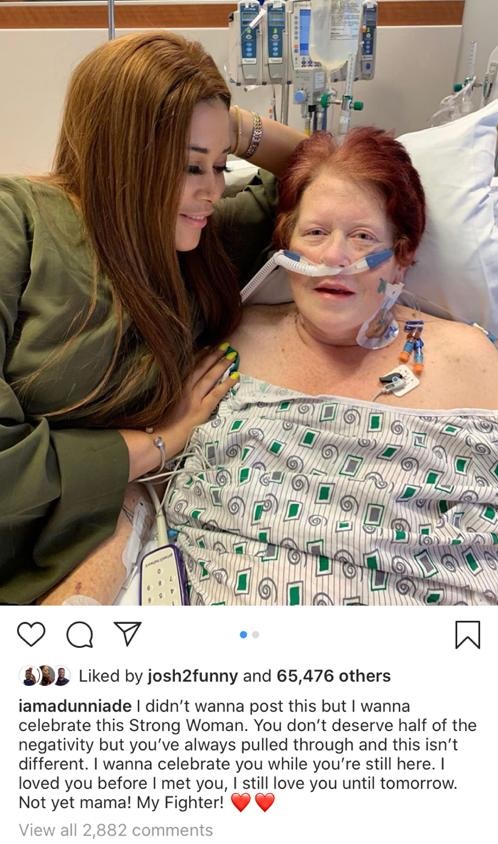 The post triggered an avalanche of prayers and best wishes from some of her 1.8million followers on the social media platform.

“God is with her hun 🤗❤️ God bless you both”, wrote Juliet Ibrahim.

“The Lord will perfect her healing”, DayoD1Adeneye wrote.

Comediene Helen Paul said: “Both of you are strong. Divine healing for her in Jesus name @iamadunniade we love you”.

Mercy Aigbe wrote: “God is with her my love”.

Adunni Ade’s mum is a German-American, while the father is Yoruba.

Adunni Adewale was born in Queens, New York, United States on June 7, 1976. She was raised both in Lagos and the United States, attending schools in Lagos and Ogun before returning to the US to study Accounting at the University of Kentucky, graduating in 2008.

After graduation and working briefly in the housing and insurance sectors, also doing some modelling in the United States, she returned home to plunge into Nollywood. She has two children from her failed marriage.