Popular Instagram Critic, Bold Pink has flaunted her baby bump months after mocking Davido’s boo, Chioma for getting pregnant for Davido without an engagement ring.

YabaLeftOnline recalls that Bold Pink was one of the first to rumour that Davido’s fiance, Chioma is pregnant.

In August, she claimed Chioma was 4 months pregnant, revealing that she had personal evidences to prove it. 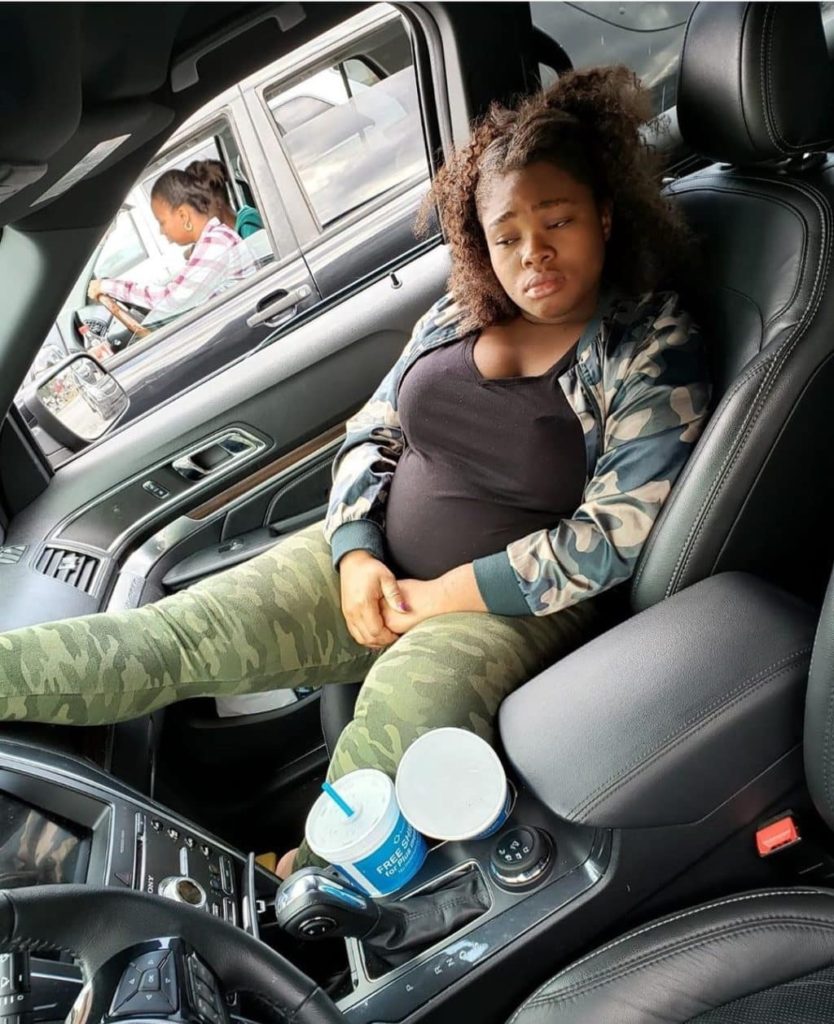 She told Chioma that the biggest assurance is a ring on her finger and not a car which has now made her give her body freely to the singer who might not end up marrying her.

The identity of the father of Bold Pink’s baby is not known for now as she is always concealing his face in any picture she shares.