The reality TV stars got engaged last month, and an adorable video of the proposal was uploaded on YouTube. 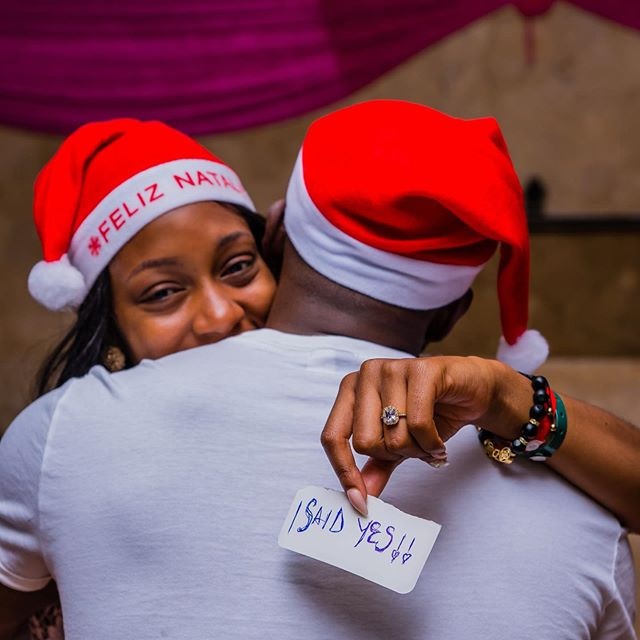 A Twitter user identified as @Royallemon3 posted a video compilation of the couple’s proposal and videos of them from the Big Brother house, using John Legend’s ‘All of me’ as the background music for the compilation.

She shared the video with the caption ;

“Because of the love you have showed my people😭 over 102k views in 2days. I woke up singing john legend songs so I was like why not do something. #KhaDoni2020”

Reacting to the post, the American singer congratulated them, as he expressed that he loves seeing such videos. 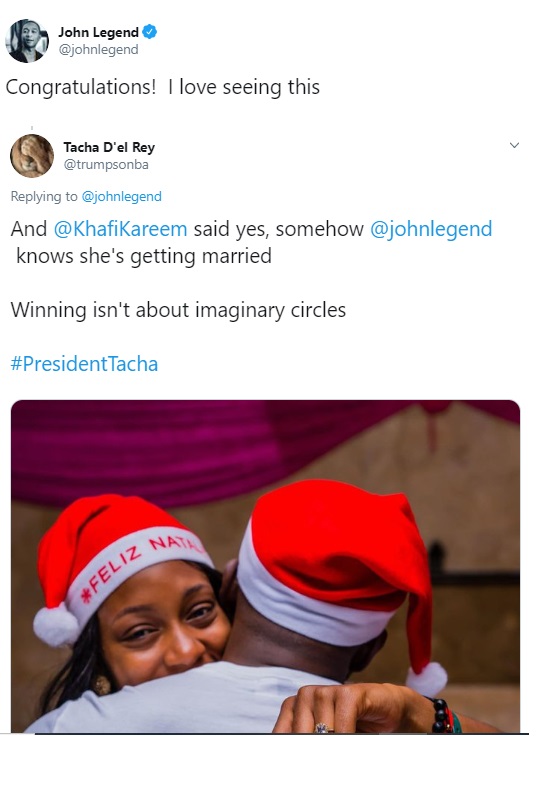