There is so much unrest and pandemonium going on in the county as a movement that started as a peaceful call for an end to police brutality metamorphosed into events of carnage and destruction.

Earlier today, the headquarters of the Nation Newspaper located on Fatai Atere street in Mushin, Lagos state, has been set on fire by a mob. 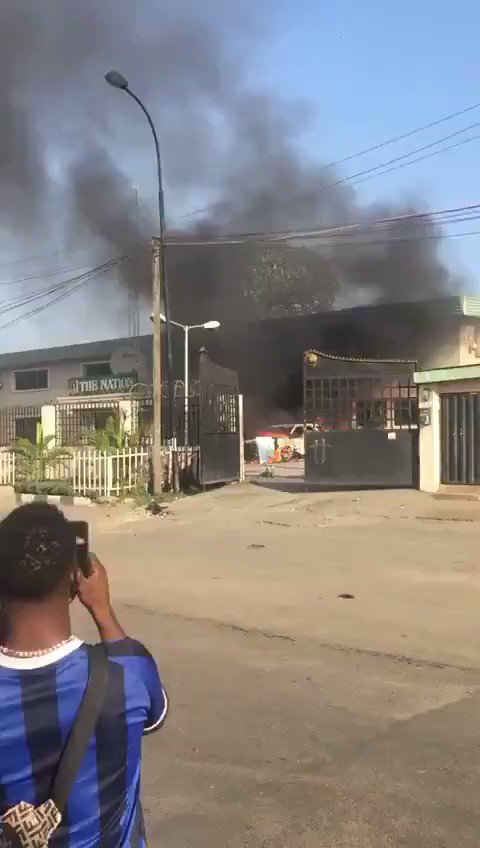 Watch a video from the scene below

Bola Tinubu, national leader of the All Progressives Congress (APC), is believed to be the main target of the attacks.