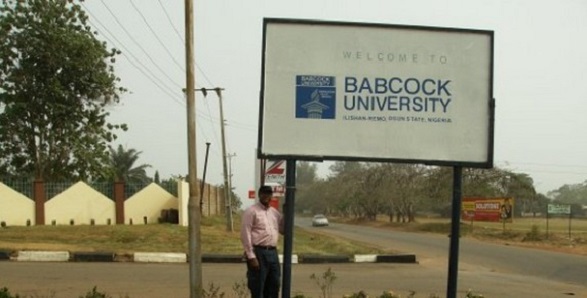 The Babcock Female student (identity withheld) in the viral sex tape that has gone viral on social media, has reportedly been expelled by the school authority.

The video, which was reportedly released without the consent of the lady and appears to show her and a man in sexual liaison, was said to have been filmed at a rehabilitation center, in which the male participant in the sexual activity had been sent to by the school for alleged drug addiction.

The faith-based institution was founded by the Seventh-day Adventist Church in Nigeria and is reputably stringent with issues of morality, and explicitly forbids male and female relations.

I heard the Babcock babe has been expelled this morning, at 300lvl, that’s a lot. All her efforts gone to waste, all the millions, etc.
Whoever leaked the video should be flogged for ruining someone’s image and career.
I can’t help but think about how her parents are feeling.😒

Here’s another version of the story.