The four housemates, Praise, Lilo, Eric and Ka3na were initially put up for eviction by viewers of the show after having the least votes. 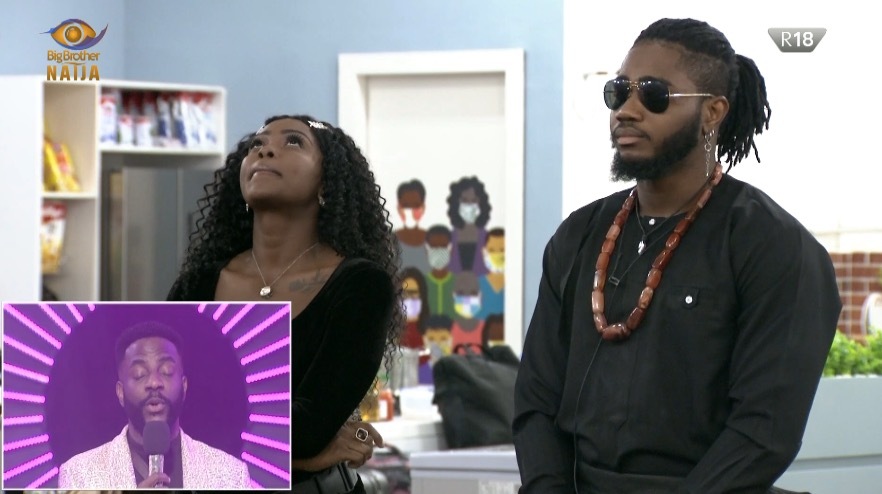 Ebuka revealed earlier to the rest of the housemates that they’ll be voting for the housemate(s) they want to leave the Big Brother house and as such, the remaining safe housemates were given the chance to vote two out of the four housemates who were nominated for possible eviction.

Following the votes of the remaining 16 housemates, Ka3na and Lilo were nominated to be the first housemates to leave the house.

Read Also:  Enugu lawmaker allegedly put up billboard with Phyno and Flavour’s face, accusing them of using #EndSARS protest to “blackmail the government”

This new development has it that the first two housemates to leave the Big Brother house are ladies and this is slowly setting social media abuzz.

With about eight more weeks to go and nineteen/eighteen housemates battling for the 85 million Naira grand prize, the game has really now begun with the housemates putting in their best to emerge as the next winner of the reality TV show.