Former Big Brother Naija housemate, Khafi Kareem is definitely head over heels in love with her beau, Gedoni Ekpata and she always wastes no time in showing this. 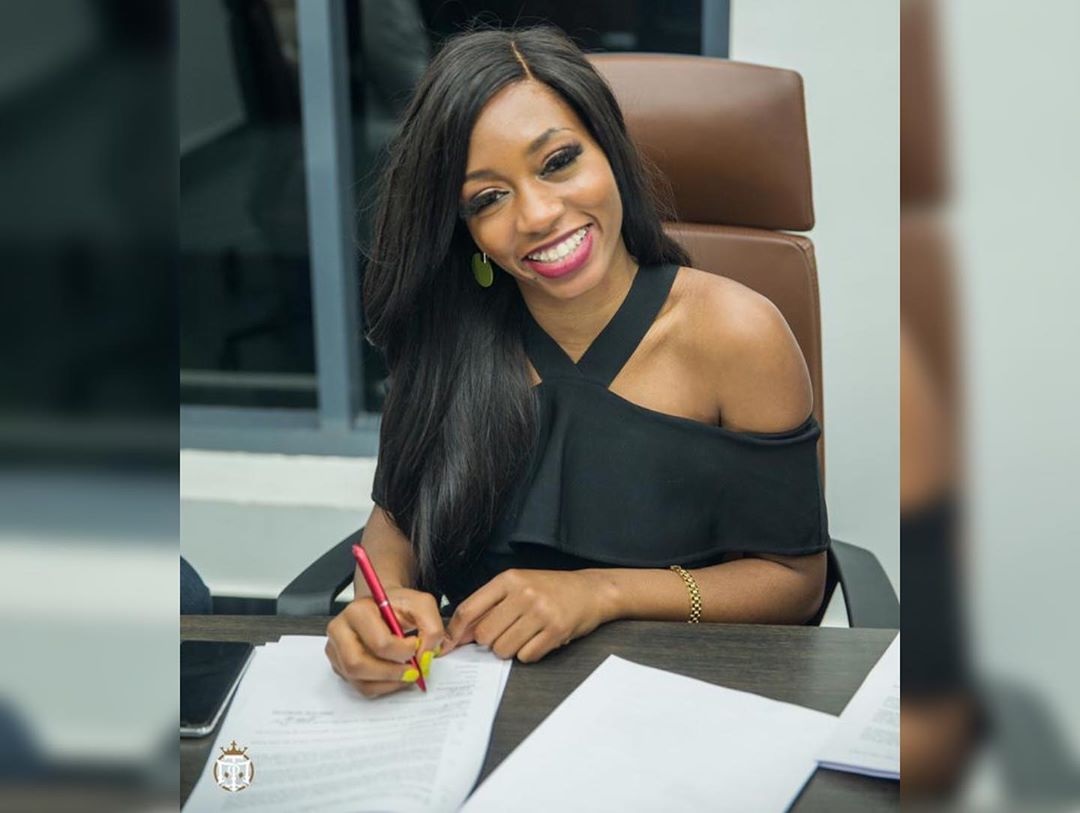 Not too long ago, an elated Khafi —who is currently stuck in London— took to her Instastory to share a screenshot of her lovey-dovey conversation with Gedoni.

In the chat, Gedoni had texted his wife-to-be and professed his love for her all over again. The reality star noted that even though Khafi might not be aware of how much he loves her, he will show it to her. He went on to add that he is glad that they both have forever to be together.

Touched by the words of her beau, Khafi replied as she noted that she cannot wait to explore every ounce of love they share for each other. However, that was not all to it.

Moments after their conversation, Khafi took a screenshot and shared it with her over 1 million followers on Instagram.

In a caption that accompanied her post, the reality TV star noted that her beau is everything she thought she wanted and needed. Khafi went on to add that she has been missing him a lot but takes solace in the fact they both have forever to be together.

“I couldn’t make this guy up, I couldn’t imagine him. He is more than everything I thought I wanted or needed. I’ve been missing him like crazy in this time but knowing that we have forever genuinely makes it all worth it,” Khafi’s caption read in part. 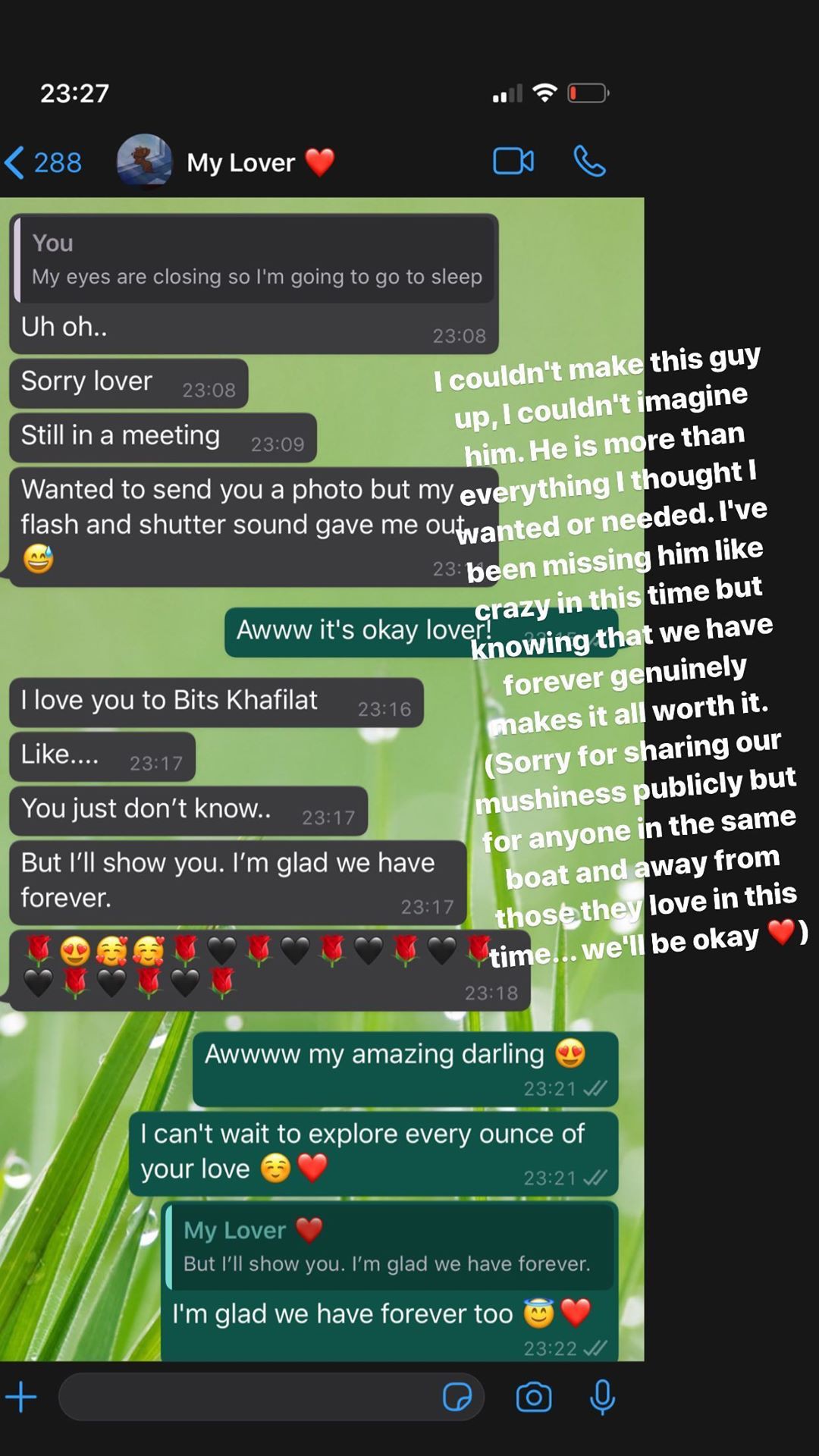