Former Big Brother Naija housemate, Ifu Ennada, as is her usual wont, floored a troll who dared body shame her in her comment section. 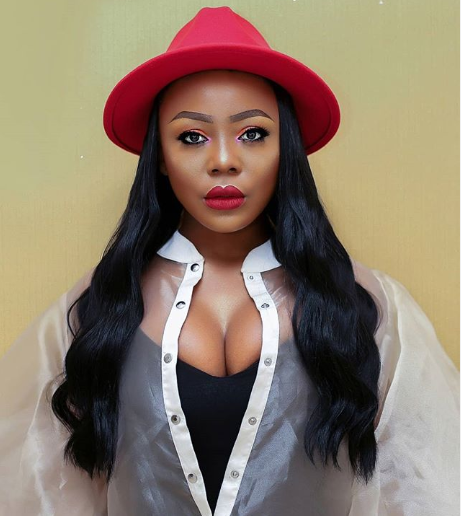 The actress had shared a video on her Instagram page of herself dancing and while a lot of her followers were impressed with her dance moves and amazing body, a particular troll commented that her body is almost shaped like “a can of beer”.

Seeing the troll’s comment, Ifu Ennada wouldn’t let it slide as she responded by saying the person is a failure in life and also complimented their stupidity. She wrote,

my size or height is not the reason for your failure in life. Nice stupidity shaa

She recently opined that no man is faithful. In a post on her Instagram stories, the beauty entrepreneur advises women to focus on themselves and live their lives.

“No good lady deserves to be with a stupid ass, shameless, cheating, bastard. Better to remain single and have kids by yourself if you really want kids. Just make your money, live your own life.”