A beggar who claimed he needed money to take care of his sick wife was exposed when the people who offered to help followed him to the hospital and discovered that he was lying.

The man walked up to two women in a car and told them his wife needed blood urgently. They informed him they didn’t have enough cash, then asked him to enter their car so they could follow him to the hospital and take care of the payment. 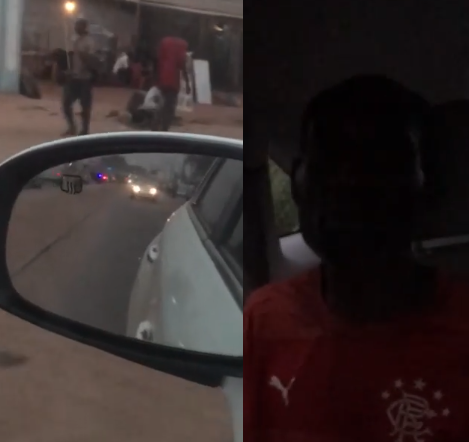 When they got to the gate of the hospital, the man refused to take them to his supposed sick wife. He claimed the wife was in the theatre and the doctors wouldn’t let them see her. He then added that he didn’t want to make them go through the stress of walking “up and down” in the hospital.

When the women confronted him and told him he was lying, he told them that they are rich and won’t lose anything by giving him some money. 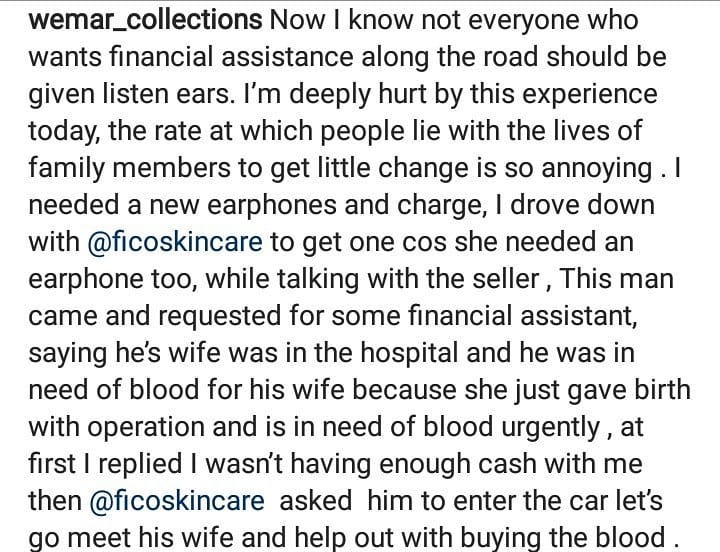 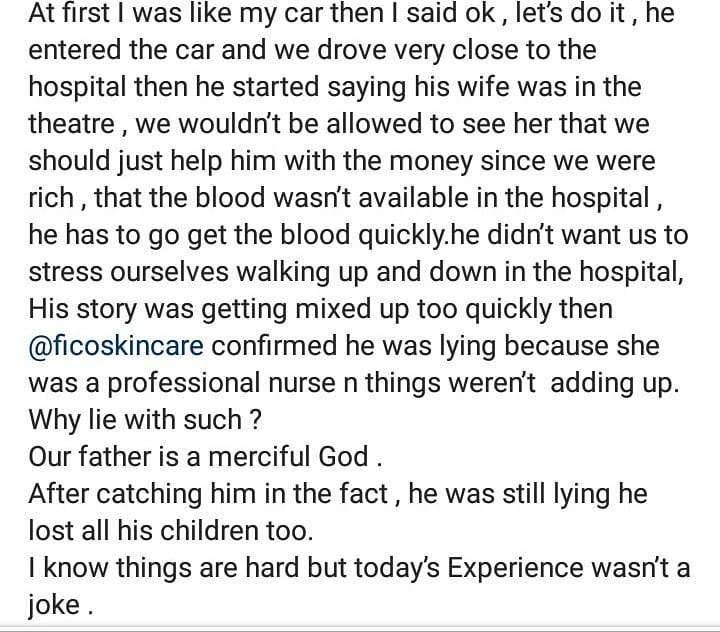