Big Brother Naija show host, Ebuka has given his reason why he has refused to ‘shake major tables among the housemates in the Big Brother House.‘ 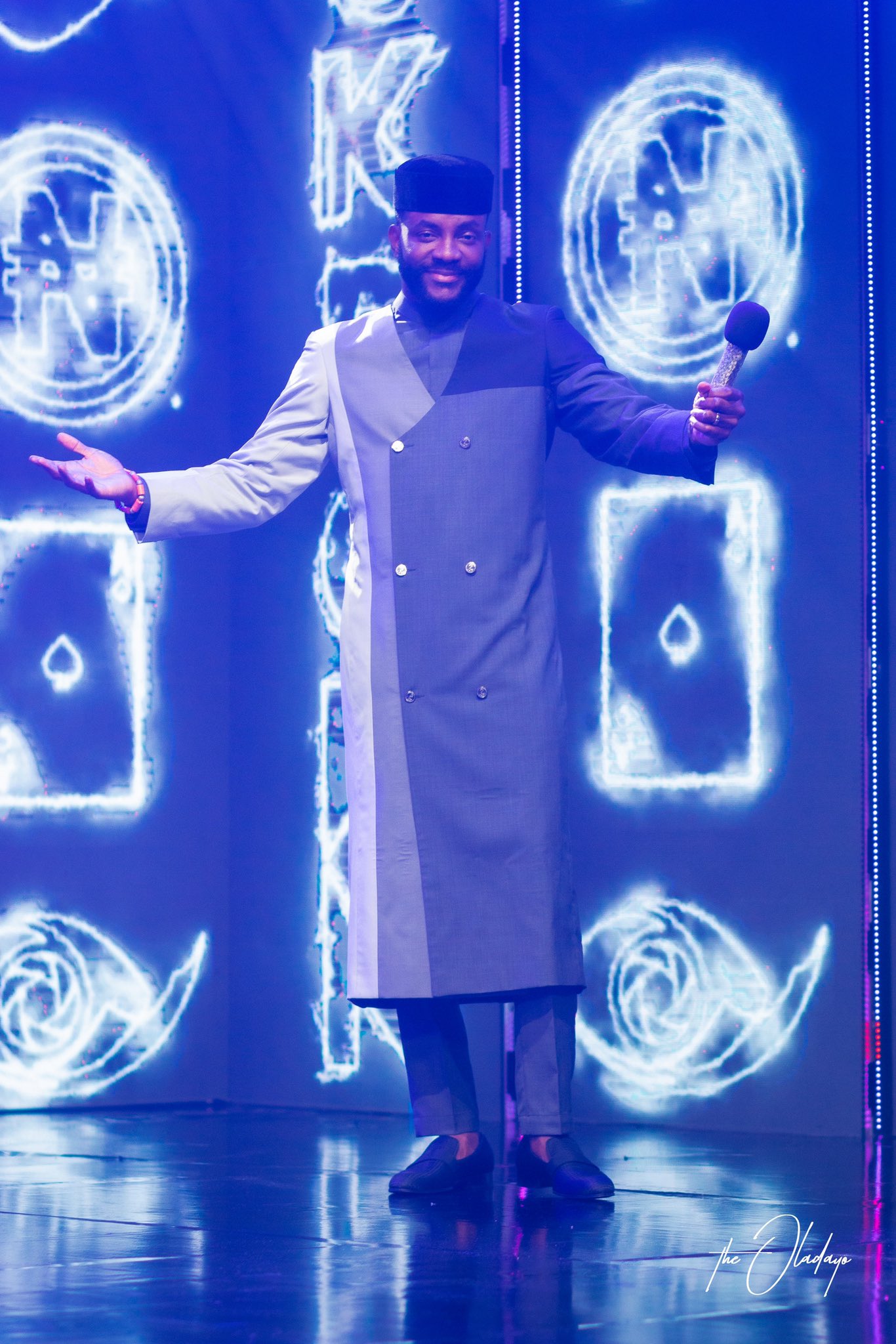 Viewers of the reality TV show believe there are so many questions that need to be asked concerning some of the issues in the house, which include relationships, fights, and gossips and all.

Earlier Wednesday morning, a Twitter user accused Ebuka of refusing to shake tables, and he explained that he was accused of influencing the game with ‘questions’ last season. 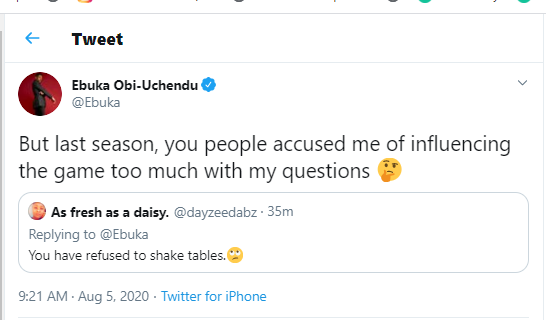 Evicted Big Brother Naija: Lockdown housemate, Lilo graced the show’s anchor, Ebuka with an interview following her exit from the Big Brother house on Sunday and in course of their chat, she revealed that she may have had some regrets.