Omowunmi Micheal, the ringleader of a human trafficking syndicate who allegedly specializes in selling young girls out for prostitution has been arrested.

The 30-year-old suspect, was arrested at her Iyana-Ipaja home by operatives of the Nigerian Security and Civil Defence Corp (NSCDC), Lagos State command. 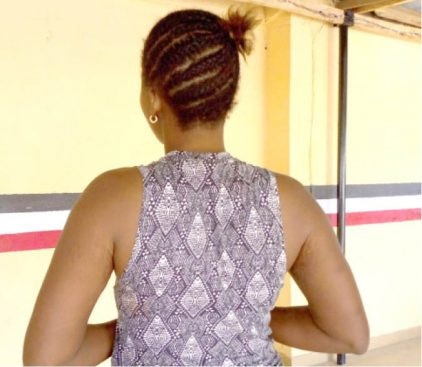 The suspect revealed that she usually makes the sum of N18,600per victim, anytime she trafficks Nigerian ladies for prostitution to African countries, most especially Mali.

It was learnt that her arrest was sequel to a disagreement between the victims and the gang leader over how much to be paid by each of the victims.

The suspect had demanded for an upfront payment of N1 million by each of the victims before she would hand them over to the main dealer, who is based in Cotonou, Benin Republic.

It was also learnt that the suspect, having failed in her desperate bid to secure any financial commitment from the victims threatened to return them to Edo State where they were recruited from.

It was further gathered that out of anger, two of the victims, Aloaye Joy and Victoria Oshioke, stormed out of the house.

Oshioke, in her statement, said she was first trafficked to Mali when she was 16 years old, by her boyfriend.

She said her boyfriend sold her for N350,000 to the syndicate based in Cotonou who in turn took her to Mali where she was made to sleep with different men.