A Police officer has been exposed doing the unethical act of collecting bribe from a motorist.

A video making the rounds on social media captured the moment a bribe-taking policeman lied to his colleagues about the amount he collected from a motorist. 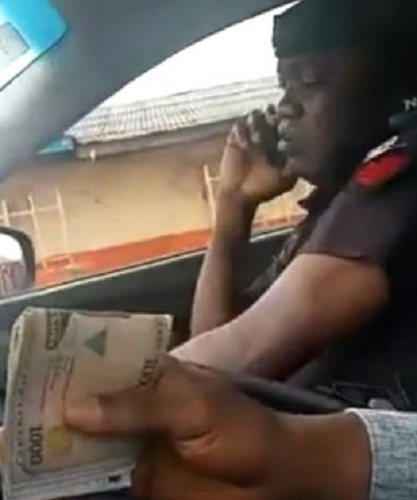 The yet-to-be identified policeman was however seen in the four-minute video arguing with the motorist in Pidgin.

The bribe-taking policeman sought for N20k from the motorist who held out a wad of 1,000 naira notes.

The date and location of this act could not be established, but nonetheless, the act has been deemed very bad for the image of the Nigerian police.