Popular Nigerian singer, Burna Boy has finally reacted following cheating allegation against him by his alleged side chick, Jopearl. 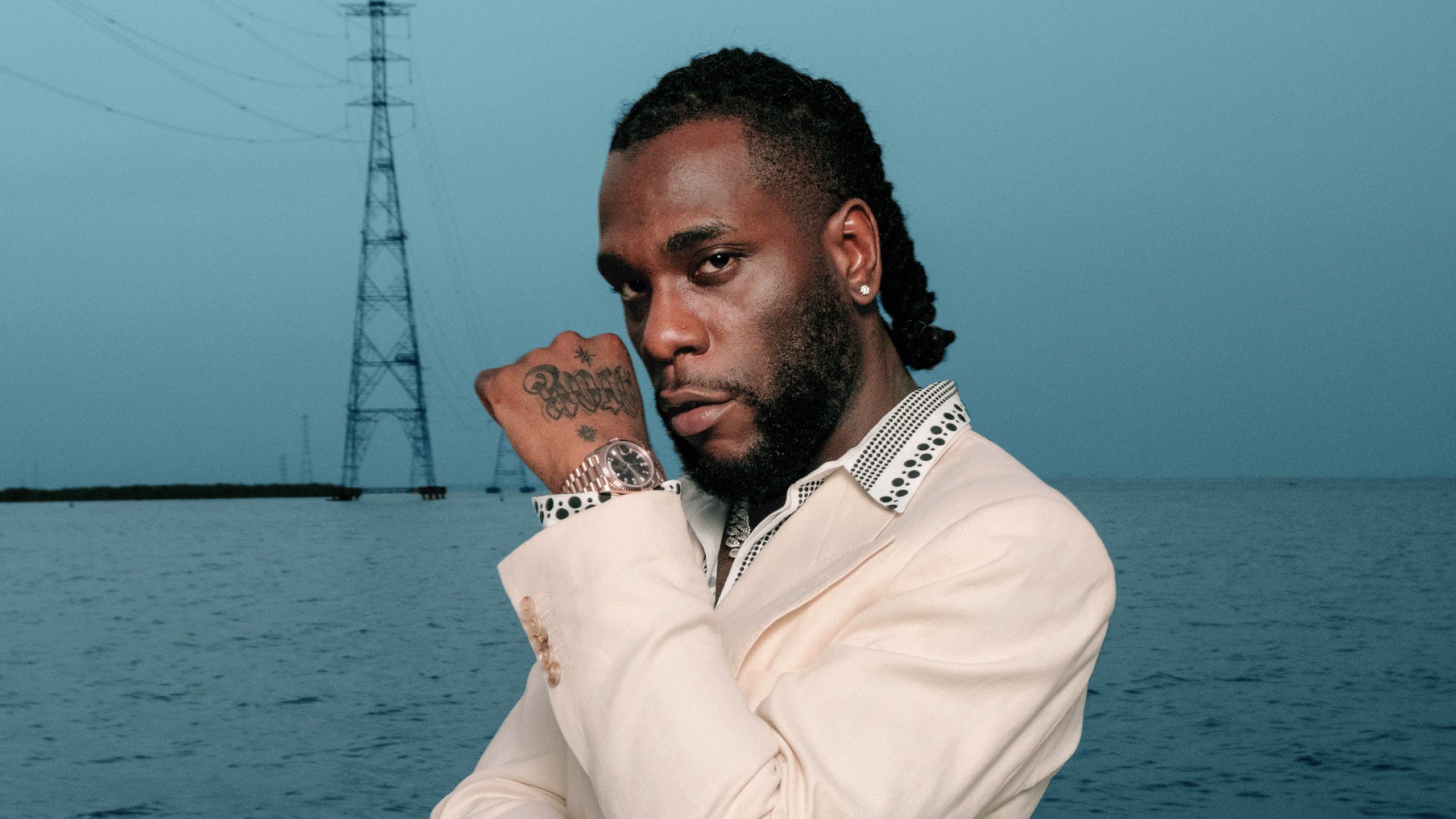 The alleged side chick called him out on social media days ago, claiming that she has been in a relationship with the self acclaimed African giant for two years, despite knowing he’s involved with British rapper and singer, Stefflon Don.

According to Jopearl, she fell in love with Burna because of the way he cared for her back then and boosted her confidence. 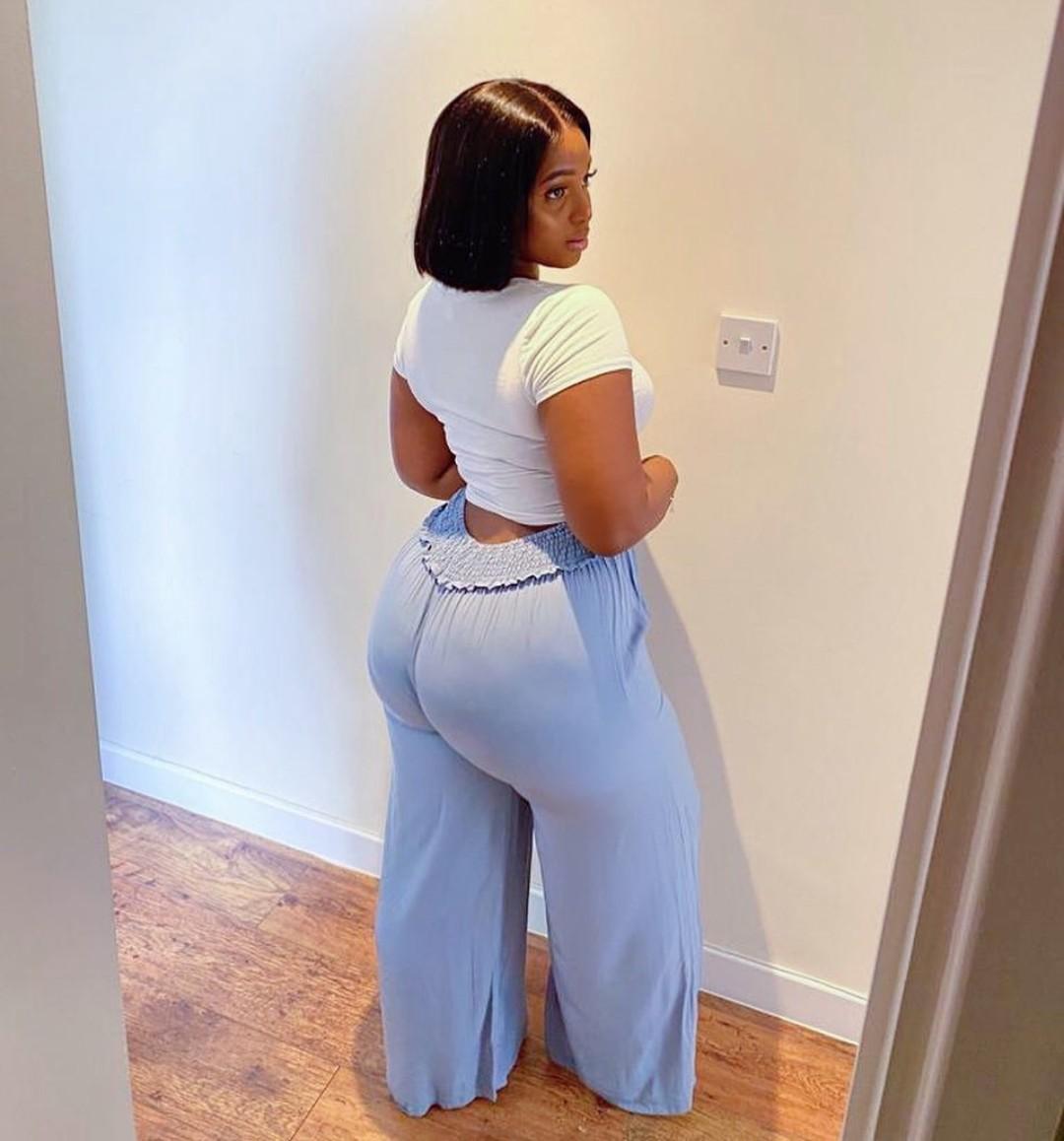 However, the afrobeat singer who has been silent on the subject since the cheating scandal broke the internet few days ago, has finally reacted.

Taking to his verified Instagram page, Burna indirectly teased the development by quoting lyrics from one of Baba Frayo’s songs that means ‘bragging or forming’. 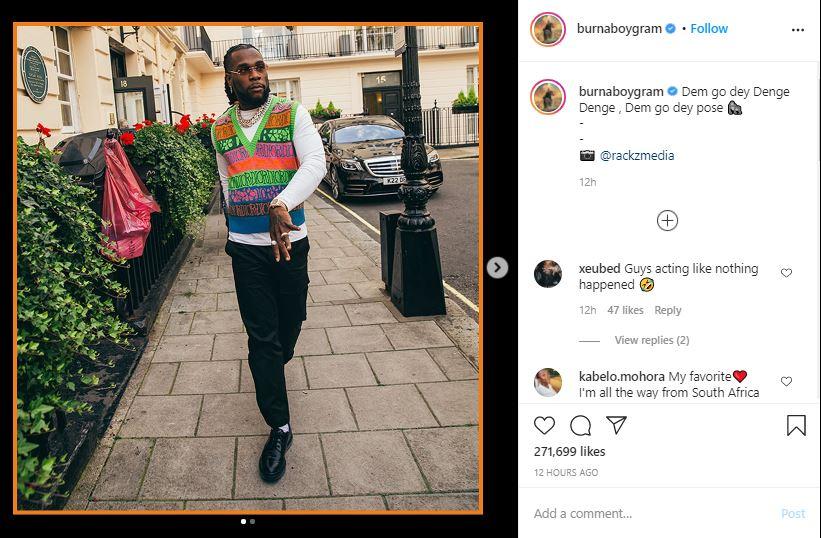 Burna Boy’s post stirred reactions online, as many fans and followers berate him for posting like nothing happened, while others pleaded with him to confirm or refute Jopearl’s claims.

@Xomali wrote, “Not you posting like there isn’t scandal going on!!.”

@adxl.z wrote, “this how mans walking after cheating on steff😂legendd!!” 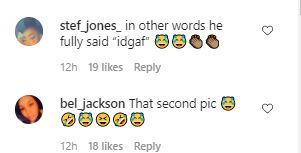 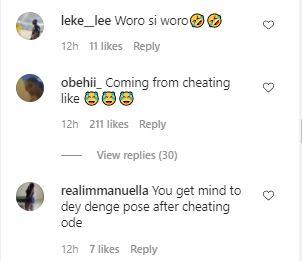 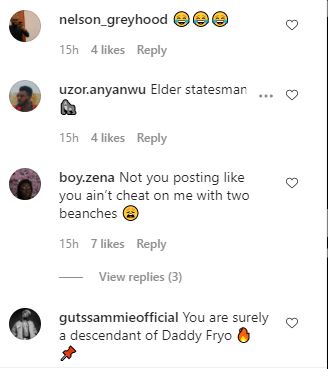