Following the trend, some Twitter users have called out actor Uti Nwachukwu for attacking their favorite BBNaija pepper dem housemate, Tacha, while in the house and even when she was disqualified. 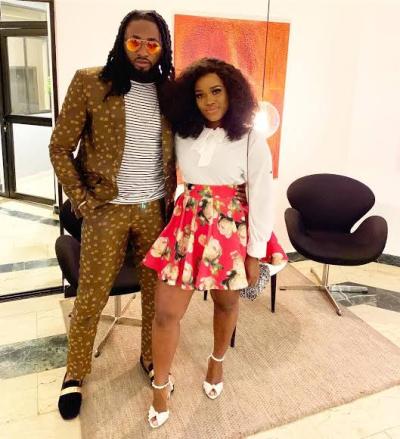 Tacha Fans are of the motive that Uti Nwachukwu be dropped by the European Association which he represents.

According to twitter users, Uti has the habit of trolling women and should not be affiliated to such an organization.

Therefore, Ceec who got a lot of support from Uti while she was in the BBNaija Double Wahala house, took to her Twitter handle to show solidarity to Uti in the wake of the recent developments.

Tacha’s fans did not like her position and swam into her timeline to attack her. see post below: 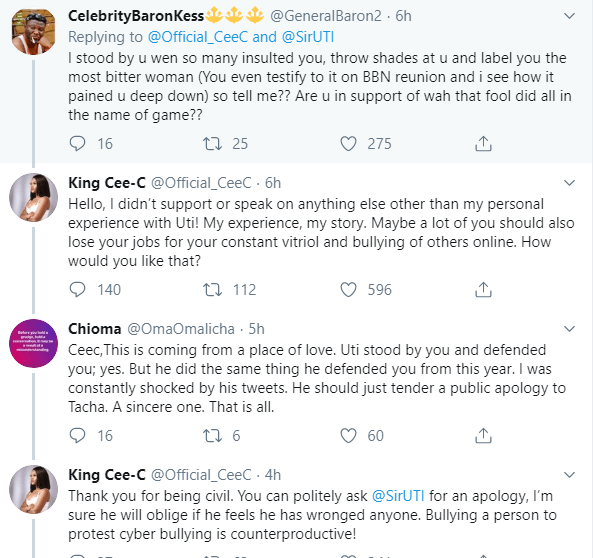 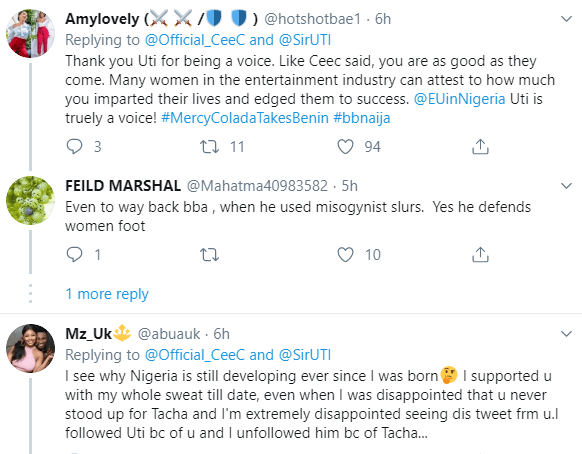 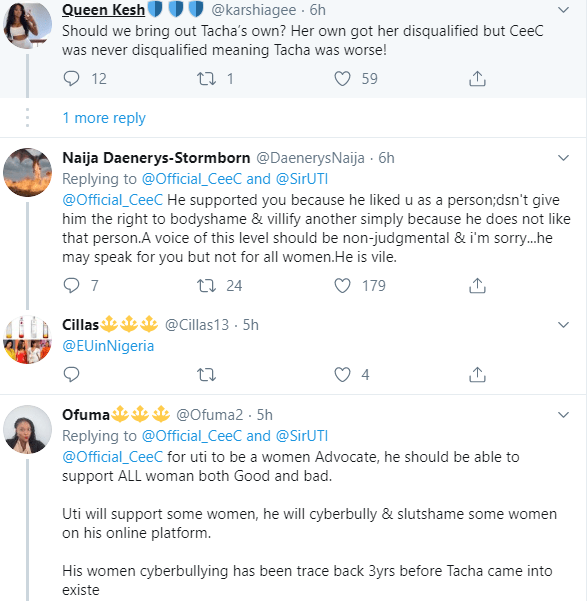 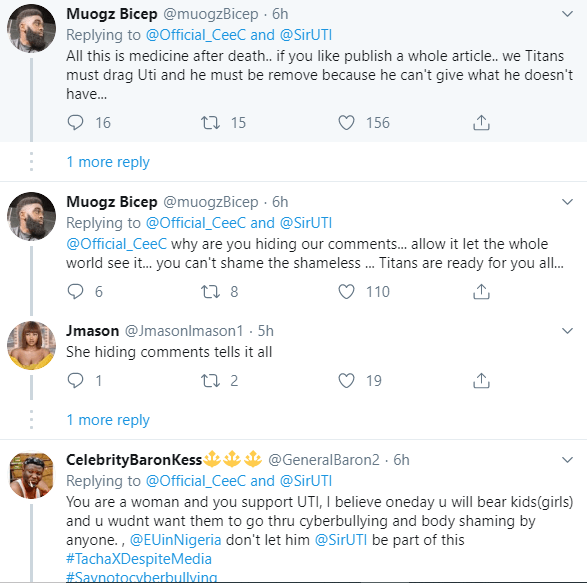 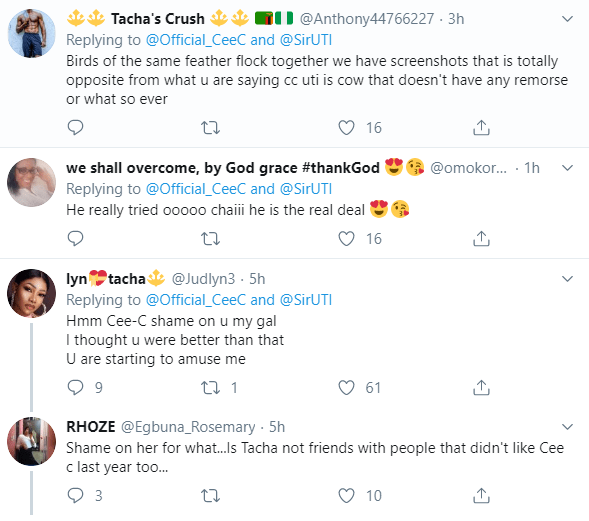