Chioma Avril, the ‘Wife’ of superstar singer, Davido has shared a beautiful photo on her Instagram and it shows her stunning post-birth body

Chioma welcomed her first child just a month ago and her body is surprisingly back to normal like she was never pregnant. 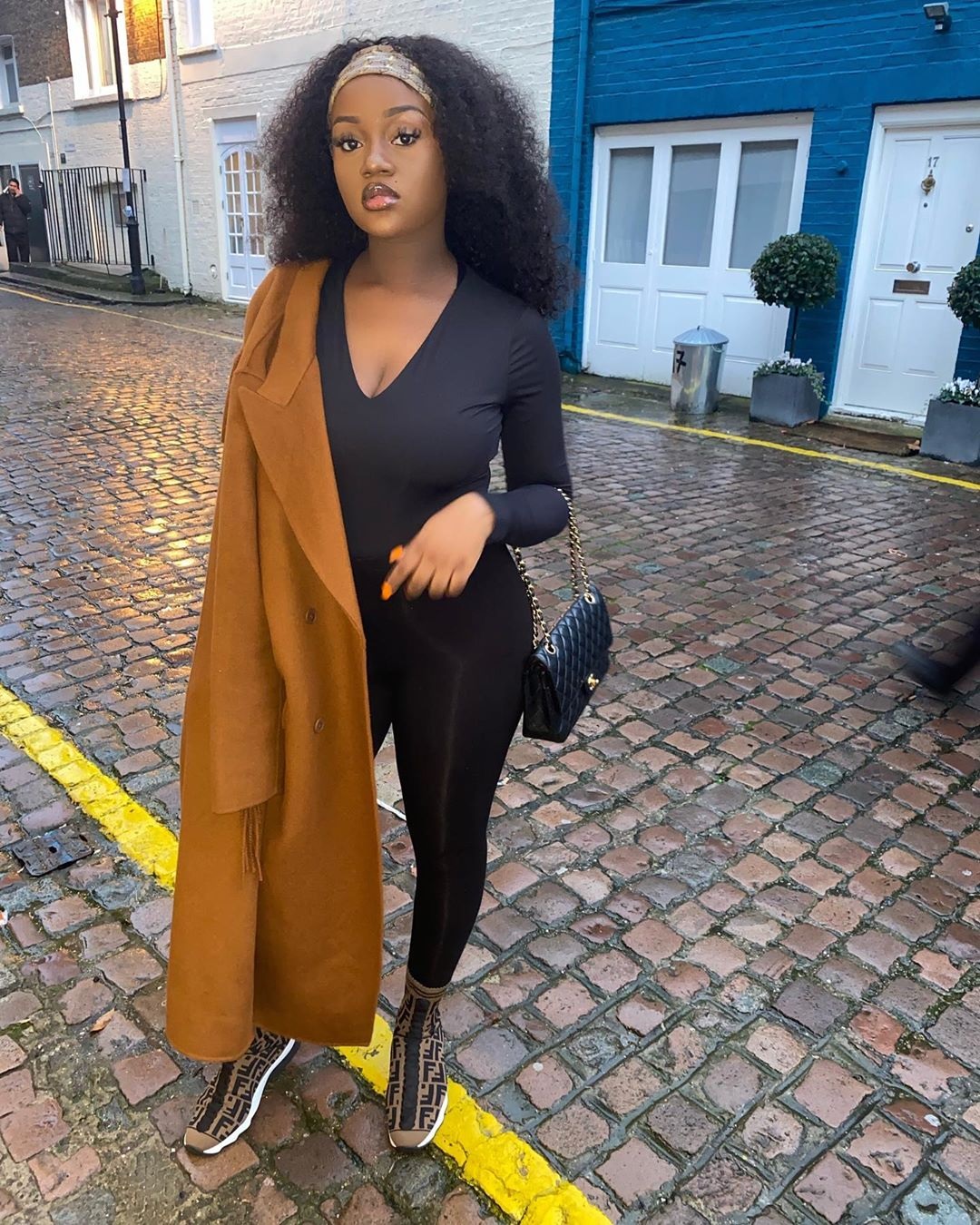 In other news, her husband David Adeleke aka Davido was bewildered on Monday after he misplaced his diamond encrusted Cartier eyeglass.

Recall that Davido had trended online some days ago, after he was spotted with the glasses which worth millions of Naira. A picture of the eyeglass from IceBox revealed the Price tag of a whooping sum of N4,496,649.

He was captured with the eyeglass, for the first time at the naming ceremony of his son with Chioma, Ifeanyi Adeleke.

The singer announced with grief on his Insta story yesterday that the eyeglass has gone missing, stating that he’s going to cry because he cherished it so much. (Read more here ICYMI)