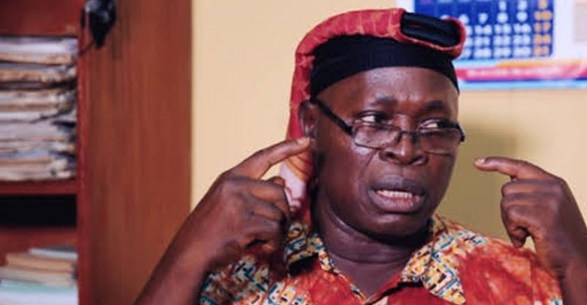 The Muslim Rights Concern, MURIC, has alleged that Christians in Nigeria enjoy more holidays than Muslims in Nigeria.

MURIC made this assertion in a statement released on Friday morning while reacting to claims made by CAN that Christians are being persecuted in the country. MURIC in its statement said the number of public holidays including New Year day being enjoyed by Christians is proof that Christians are more favoured than Muslims.

As Nigerian Christians joined their counterparts throughout the world to celebrate the New Year on Wednesday, 1st January, 2020, an Islamic human rights organization has alleged lopsidedness, partiality and persecution of Muslims in the manner the Nigerian government dishes out its holidays.

Rising from an emergency meeting where it deliberated on the latest allegation of persecution by the Christian Association of Nigeria (CAN), the Muslim Rights Concern (MURIC), has insisted that the last public holiday which was declared by the Federal Government on 1st January, 2020, has exposed CAN as a body which enjoys shedding crocodile tears. This was contained in a press statement circulated on Friday, 3rd January, 2020, by the director of MURIC, Professor Ishaq Akintola.

MURIC said in the statement, “CAN claims it is being persecuted but fails to substantiate its allegation in concrete terms. However, the last holiday of Wednesday, 1st January, 2020 which is an annual event has exposed CAN. Nigerian Christians enjoy the New Year holiday on the 1st of January every year even without asking for it because that was the arrangement made by the British colonial master. But CAN still claims ‘persecution’ even though it is placed at an advantaged position.

“Nigerian Christians have 1st January to enjoy their first day of the year. Nobody can deny that this happened two days ago. But when the Muslims’ first day of the year comes (1st Muharram), there will be no holiday. When will CAN put itself in the Muslims’ shoes? Or rather when, indeed, will the Nigerian government give the Muslims what the colonial master denied them but gave the Christians? When will the Muslims get justice in this country? Here is persecution of Muslims that even CAN cannot deny. It happened just two days ago and we all saw it? Or is the granting of holiday for a Christian occasion and the denial of same to Muslims another form of persecution of CAN?

“Christians have five out of the eight holidays enjoyed by Nigerians. Muslims have three only. Yet CAN claims persecution. Christmas Day, Boxing Day, New Year Day, Easter Monday and Good Friday are all for Christians. We dare CAN to deny it. Are these not concrete priviledges enjoyed by Christians? Are the five holidays we mention here mere fallacies? Muslims only have three, namely, Id al-Kabiir, Id al-Fitr and Maulud an-Nabiyy. Is there any mathematical inexactitude in our calculation? Should CAN be complaining at all with this kind of setting?

“We make bold to say that CAN knows what it is doing. The Christian body knows that it has an edge over the Muslims as it enjoys everything it needs and even more. CAN knows that it is the Muslims who are denied certain fundamental human rights but it is determined to maintain the status quo. The modus operandi adopted by CAN to ensure that Muslims never get their rights is to perpetually cry out with claims of persecution and also to oppose every attempt to give Muslims their rights.

“This game played itself out when Shariah was introduced in some Northern states from 1979 onwards. They claimed it was an attempt to Islamise Nigeria. Shariah was introduced and nobody changed the country’s nomenclature to ‘Islamic Republic of Nigeria’. CAN did the same thing when Islamic banking was about to be introduced. Cries of Islamisation rented the air. Islamic banking arrived but we are yet to see how it has Islamised anyone. This was repeated on the issue of sukuk (Islamic bonds) and both Christians and Muslims are benefiting from the Islamic sukuk today.

“MURIC will not be deterred from pursuing Islamic liberation theology to a logical conclusion in Nigeria. We assert clearly, categorically and unequivocally that Muslims are in bondage in this country. Why should one group get all the honey in the land while the other is ignored? We demand equal rights and justice. We demand parity, particularly on the issue of holidays. Christian 1st January is just 24 hours and the Muslim 1st Muharram is no less. Why should the Federal Government recognize one and deny the other?

“Just two days ago, we joined other Nigerians in sending goodwill messages to our Christian neighbours. Governments at federal and state levels felicitated with Nigerians on that occasion. Parastatals and important dignitaries also congratulated Nigerians. MURIC also issued a statement greeting Christians in Nigeria. We do this every year despite the fact that our own 1st Muharram is not recognized. But nobody will remember Muslims on 1st Muharram. Is this fair?

“‘When beggars die, there are no comets seen. The heavens themselves blaze forth the death of princes…’ William Shakespeare was right when he put those words on the lips of Calpunia, the wife of Julius Caeser as she begged her husband not to venture out on the ides of March. Isn’t this very germane to the issue on ground? The drums are rolled out by government on 1st January. But they are conspiratorially silent on 1st Muharram. Is this justice? Are we really working for enduring peace in this country? What have the Muslims done to deserve this treatment?

“It is important to note that even the three holidays enjoyed by Muslims were reluctantly given after several years of post-independence. There were no holidays for Islamic festivals in colonial days. It was that bad.

“To add salt to injury, the Federal Government has never responded in spite of a deluge of petitions received from Muslims. MURIC has been demanding 1st Muharram holiday since its formation in 1994 (26 years). It is highly provocative. It is dereliction of duty on the part of government. A father who gives preferential treatment to its children is not uniting the family. Is government waiting until the demand snowballs into another struggle? MURIC will not partake in that. But what does it cost government to take a bold stand on this matter? It is not about the Buhari government per se. Successive administrations have failed to address the issue.

“Already, some state governments have recognized 1st Muharram, mostly from the North. Osun under Rauf Aregbesola (current Minister of Internal Affairs) and Oyo under Isiaka Ajimobi also did and heaven did not fall. So what stops the Federal Government from taking the cue? By the way, Muslims in those two states of the South West have written the names of those two former governors in letters of gold.

“The question now is: how does President Muhammadu Buhari want to be remembered by Nigerian Muslims? Can the declaration of 1st Muharram as a public holiday be a drift towards Islamisation? Predictably, yes, particularly by CAN. But we can take the wind out of their sail by placing 1st January and 1st Muharram parri passu. The public no longer takes CAN serious anyway.

“MURIC wishes to put the Federal Government on notice. The next 1st Muharram will fall on Thursday, 20th August, 2020. The government has a whole eight months to plan and prepare its mind. It also has an extra three days in the third week in August to declare Thursday a holiday in recognition of 1st Muharram. To be or not to be? That is the question. MURIC does not issue ultimatum. Neither is threat in our character. We are a dialogue-loving body. But the government’s body language will tell Nigerian Muslims what to do and whoever thinks the Muslims of Nigeria are still the same as they were five years ago will be making a gross miscalculation.

“As we sign out, we remind the Federal Government that it is high time it listened to the Muslims’ demand for the declaration of 1st Muharram as a public holiday in parity with 1st January public holiday. CAN has no moral right to claim persecution as Nigerian Christians enjoy five holidays while their Muslim counterparts have three only. FG should promote unity and patriotism by treating all equally. Neither should government allow one group to lord it over the other.”