Nigerians on social media are currently enraged over an incident that occurred last Sunday, 26th of July which involved the police and a family. 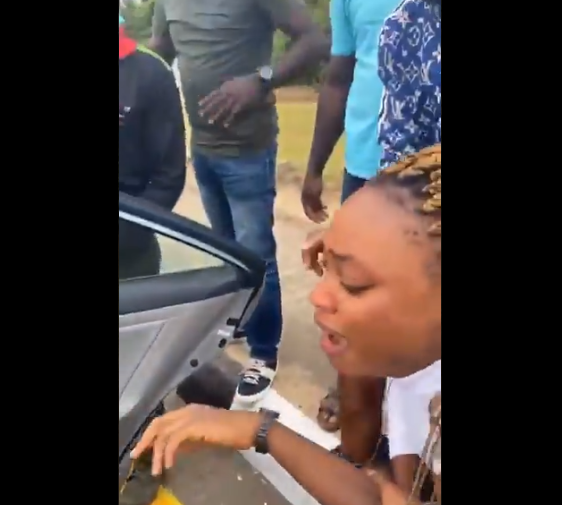 It’s been reported alongside a troubling video of how a police officer allegedly shot at a car occupied by a man and his family, allegedly over refusal to pay a bribe.

The incident is reported to have happened around Japaul house in Ikeja. According to one Ayodele Oyewole who shared the video, the wife fainted after the police officer shot at their car, shattering the rear windshield. 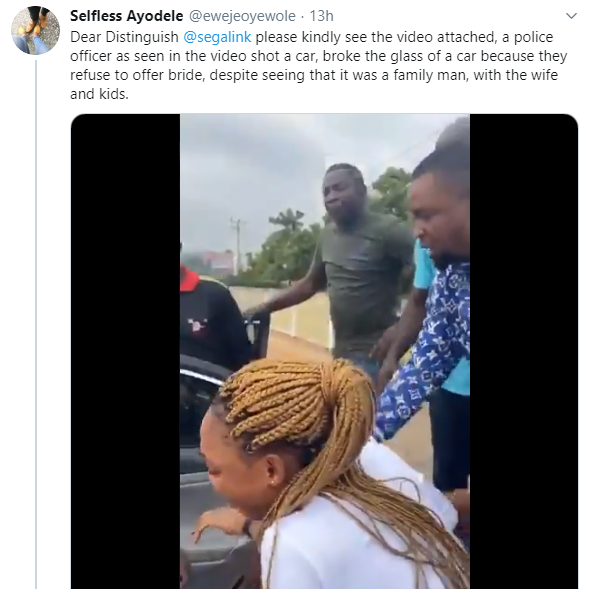 Read Also:  “If you don’t take care of me, other men are waiting in line” – Nigerian guy shares chat with girlfriend who ‘stole’ money from his account 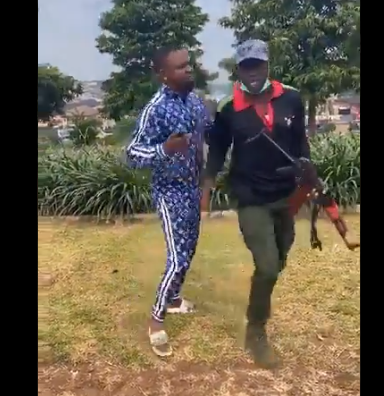 The children of the lady who passed can be seen crying and calling out for their mum as they witnessed the horror play out.

Giving an update earlier today, Ayodele revealed that the husband has decided not to pursue the case anymore because the police have begged him and promised to repair his car. 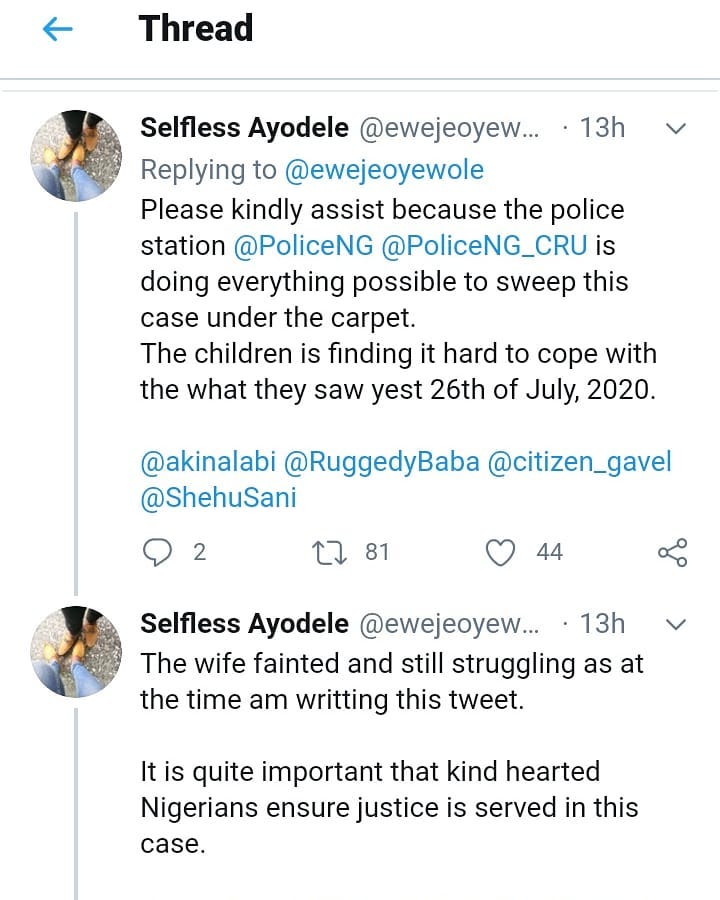 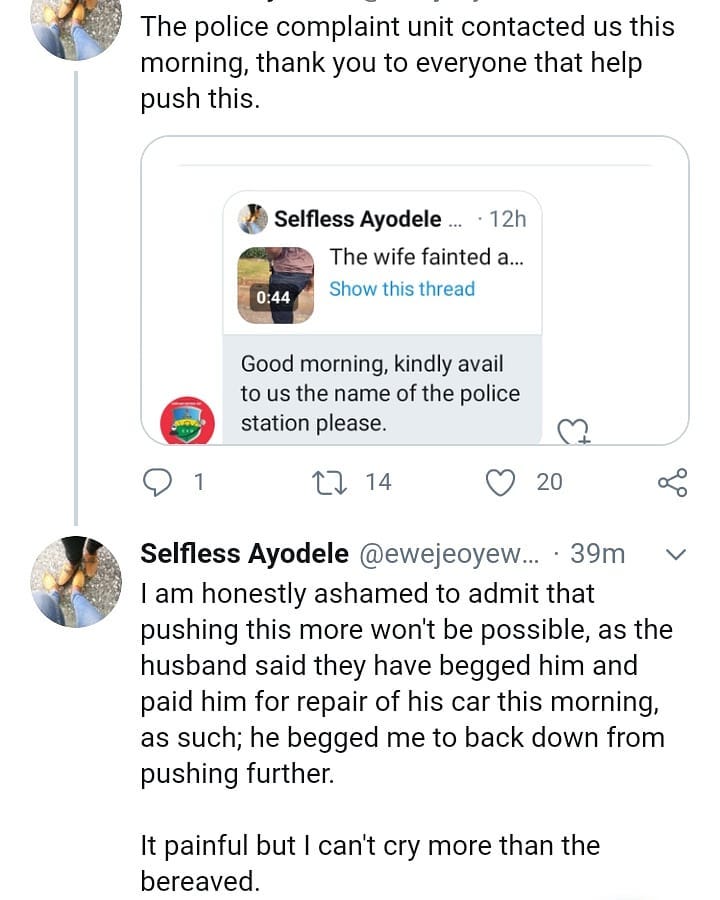 This has however, angered a lot of social media users as they’ve begun clamouring for justice for the family who were yet another victims of police brutality.

Watch the videos below,