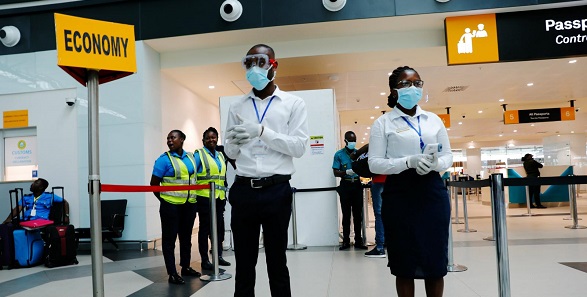 The Federal Government has issued a travel ban on 13 countries over the spread of the Coronavirus.

This was announced by the Secretary to the Government of the Federation, Boss Mustapha at a media briefing on Wednesday.

This announcement is coming barely 24 hours after the Nigeria Senate called for travel ban on high risk countries with Coronavirus.

The lawmakers said entry should be banned to flights from the United Kingdom and China after the country recorded the third case of COVID-19 disease.