Following the sadly growing cases of the Covid-19 virus in the country, the workplace and official residence of the Nigerian President, Aso Villa has been reportedly shut down after it was revealed that one of his aides tested positive for the Covid-19 virus.

President Buhari’s Chief of Staff, Abba Kyari tested positive for coronavirus and there’s reportedly been an immediate shut down with activities put on hold in the Aso Villa following this development. 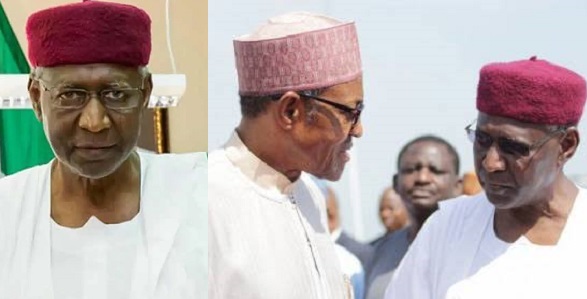 A report by Sahara Reporters states that the lockdown was to prevent a further spread of the virus especially after Kyari came in contact with several high-ranking officials in the presidency.

Before he was diagnosed with coronavirus, Kyari reportedly met with Garba Shehu, Senior Special Assistant on Media and Publicity to President Buhari, one Babagana Kingibe and Kogi State governor, Yahaya Bello who he visited over the death of his mother.

Read Also:  “The God that did my own will do yours too” – Nigerian lady celebrates as she enters airplane for the first time in her life

Shehu and Kingibe have been reported to be self-isolating and it’s speculated that Bello might also do same. Kyari who became ill after returning from trips to Germany and Egypt where the virus has killed many, is currently being isolated for treatment at a guest chalet in the Defence House in Abuja.