Nigeria Centre for Disease Control, NCDC, has warned Nigerians to desist from raising false alarms after they reached out to an Instagram user who claimed he was sick, only to discover it was a skit. 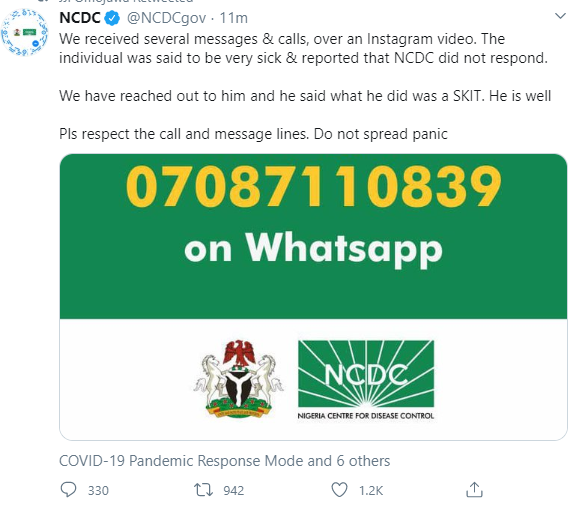 The online comedian claimed he has reported his sickness to NCDC but they refused to respond. Nigerians reacted by sending several messages and calls to the NCDC helpline.

NCDC responded and found out it was a false alarm and the man is well. The centre took to Twitter to issue a warning afterwards, writing:

“We received several messages & calls, over an Instagram video. The individual was said to be very sick & reported that NCDC did not respond. We have reached out to him and he said what he did was a SKIT. He is well Pls respect the call and message lines. Do not spread panic.”

Nigerians were outraged by this revelation and called for the arrest of the comedian.

Read Also:  Nigerian lady celebrates after her boyfriend buys her a car because she did not want to keep using public transport 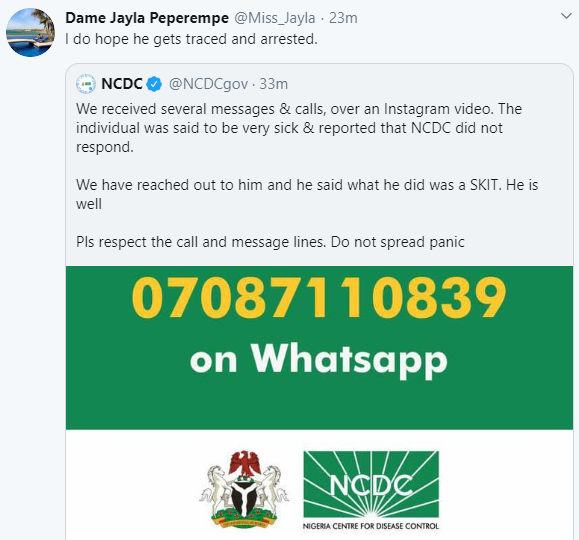