It’s the season of love and it looks like BBNaija 2019 winner, Mercy Eke, and her top fan and benefactor, Cubana Chiefpriest have mended their differences. 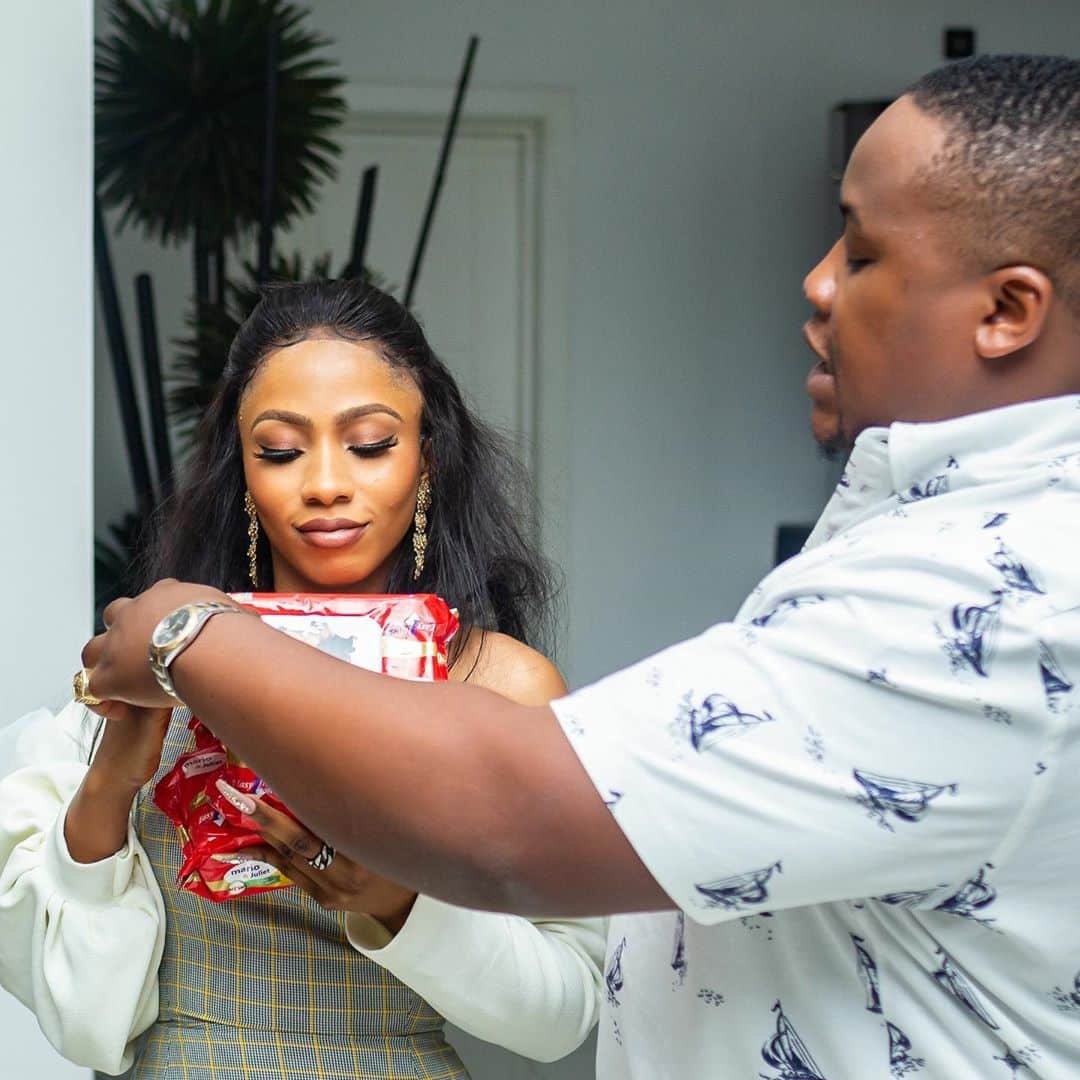 Cubana had made his great love for Mercy known while she was still on the show as he campaigned for her tirelessly, which was good because she eventually won.

However, soon after the show, the duo fell out and the reason behind their fight was not really clear.

According to reports, they had issues because Mercy had another engagement and could not attend a show Cubana organised for her to make a special appearance.

Thankfully, the duo has now amended things and it was made evident after Cubana posted Mercy’s photo on his page and called her his baby sister. He also promised to patronise her new fashion brand. 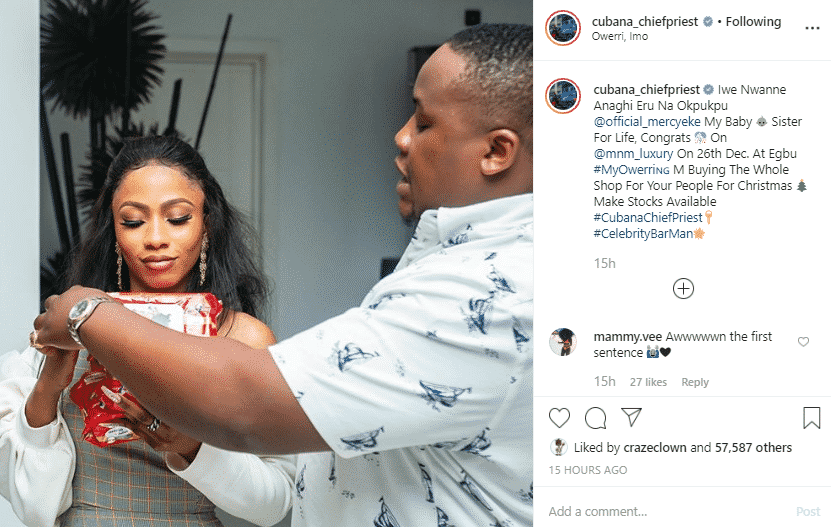