Nigerian singer and DMW boss, David Adeleke otherwise known as Davido has opened up on his financial status and also confessed that he’s never had the 30 Billion he sang about in his hit song ‘IF’.

The Father-of-three who is currently taking care of his son as his fiancee, Chioma battles coronavirus was asked to do a ‘giveaway’ for his fans but the singer who is known for his benevolence would not be tempted to do such as he stated that he had no money. A fan who was apparently shocked at Davido’s statement then asked about the ’30 Billion’ he bragged about and the singer then confessed that he never had it. 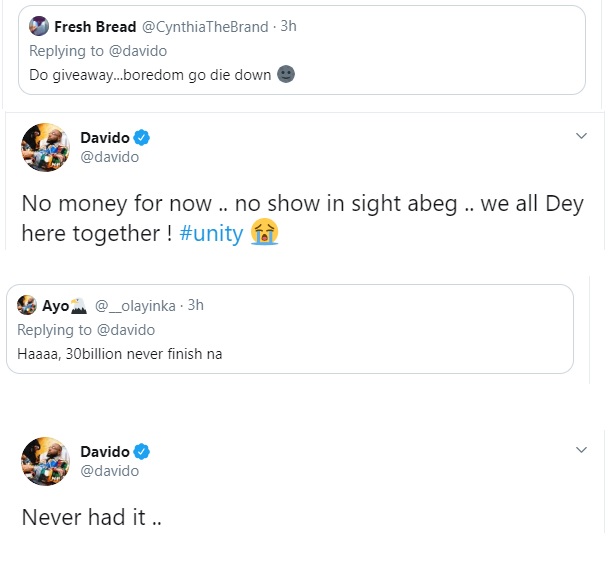