Nollywood actress Didi Ekanem has been caught in a cross with a follower who tagged her to resemble the devil’s agent. 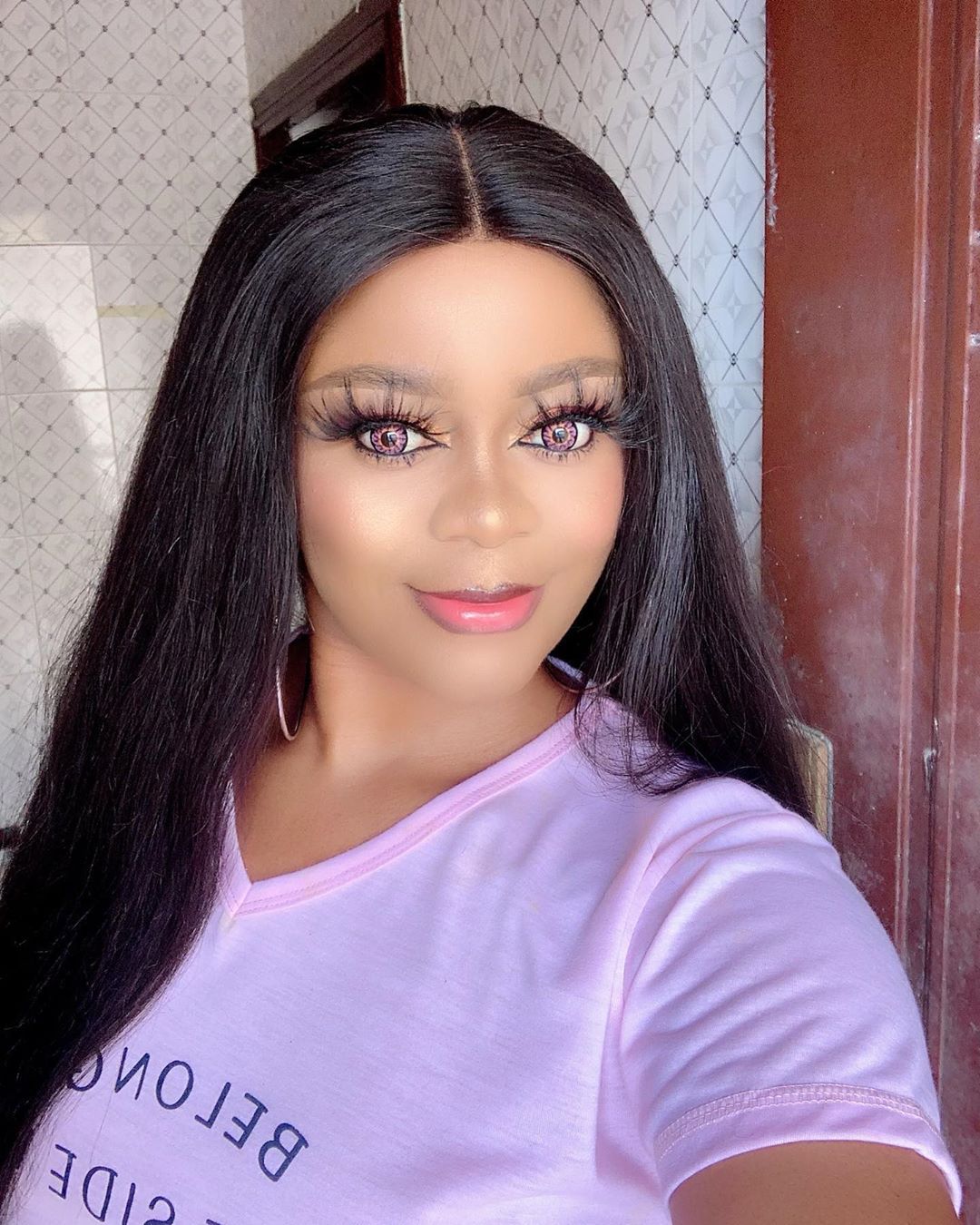 This happened after the actress made a video, showing her newly done make-up with heavy fixed lashes.

Taking to the comment section, the fan hinted that the lashes were too much and it was totally unnecessary for her to go all the way to fix such.

She also pointed out that it made her look like the devil’s agent.

Following that, the actress replied and it became a word battle for the duo. 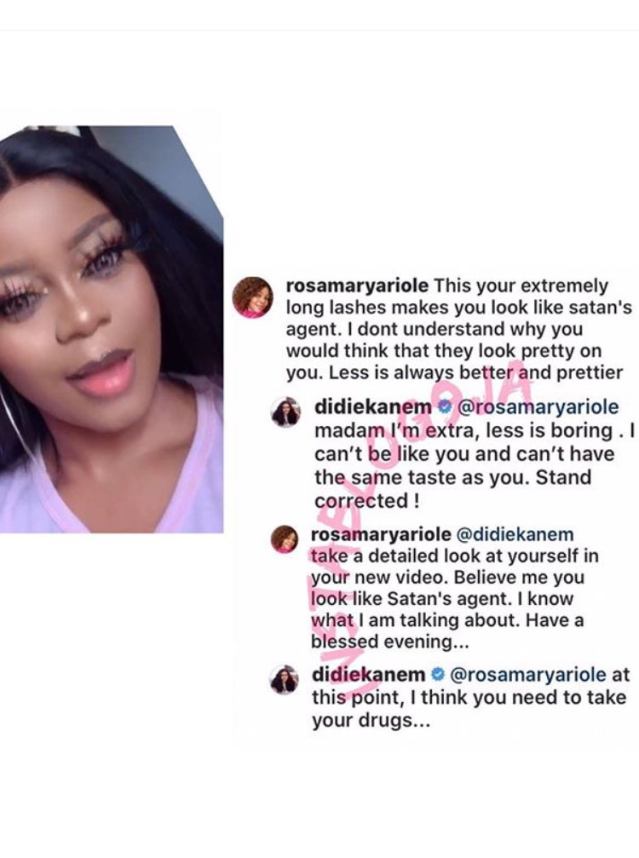