An openly-gay lady has taken to Twitter to lament after she was allegedly beaten up by her girlfriend for undisclosed reasons. 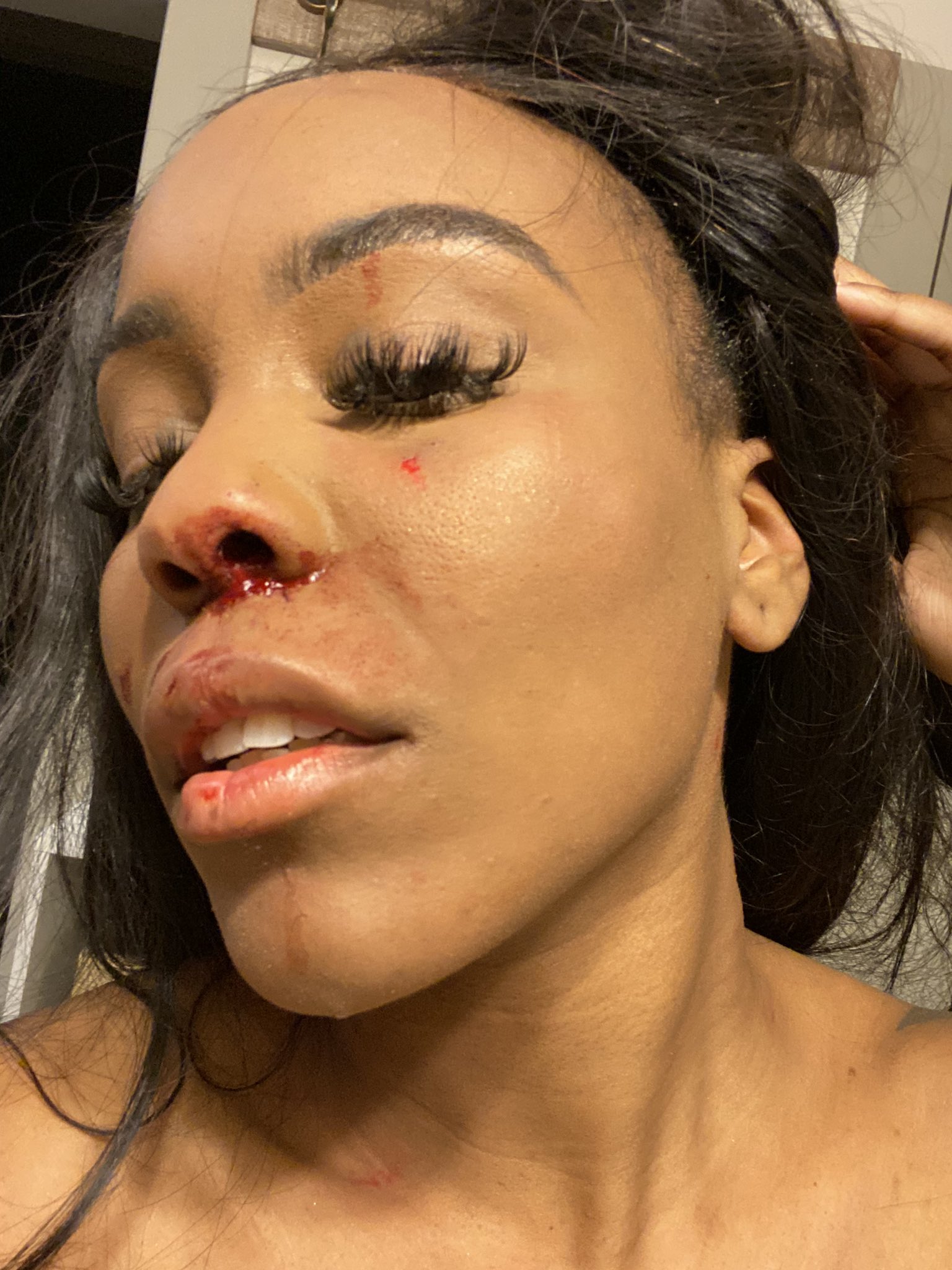 The lady, identified as @Theylovestorm_ on Twitter, shared photos of her bruised face and revealed that domestic violence also happens in same-sex relationships.

She also alleged that her girlfriend has been been cyber-stalking and harassing her via text messages.

“Domestic violence is real . Especially in same sex relationship. And it isn’t addressed enough. Lastnight I experienced something no woman should ever have to experience . My face and neck are bruised cut and I was beaten. I am still in shock. 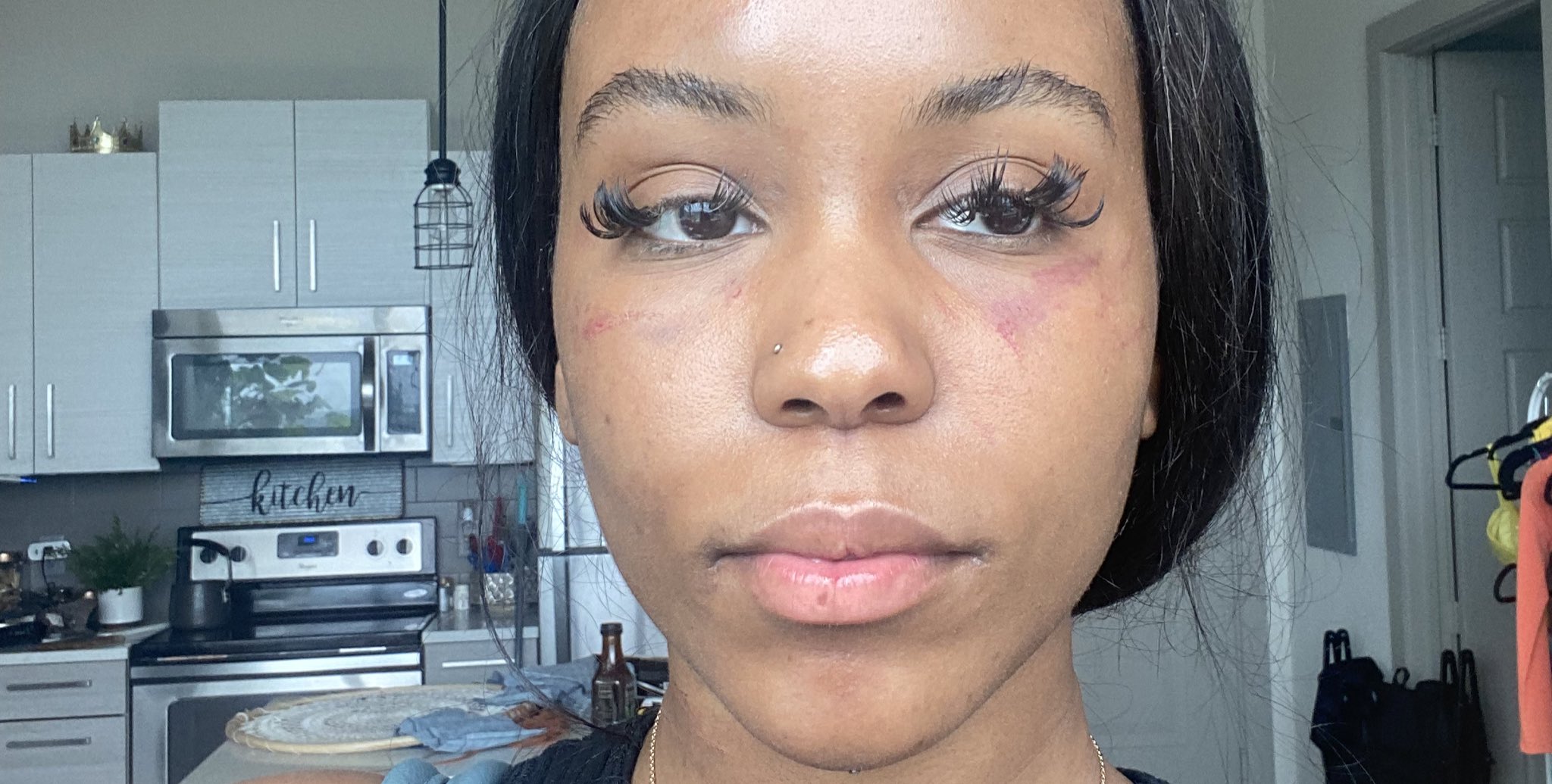 “If anything is to happen to me . I would also like to add I am being stalked and or harassed via text messages .

“This is not the first incident . She has beaten me before on April 13/14. She has a pattern of violence & has done this to several previous partners. She lived in my house & I took care of her since I met her. Done writing about this…”

Read Also:  “I lure girls on Instagram to sleep with me and blackmail them with their nudes” – Suspect (video)

See her posts below, 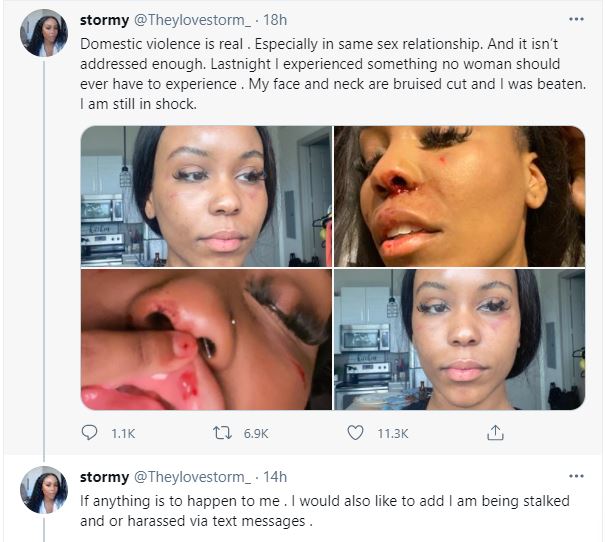 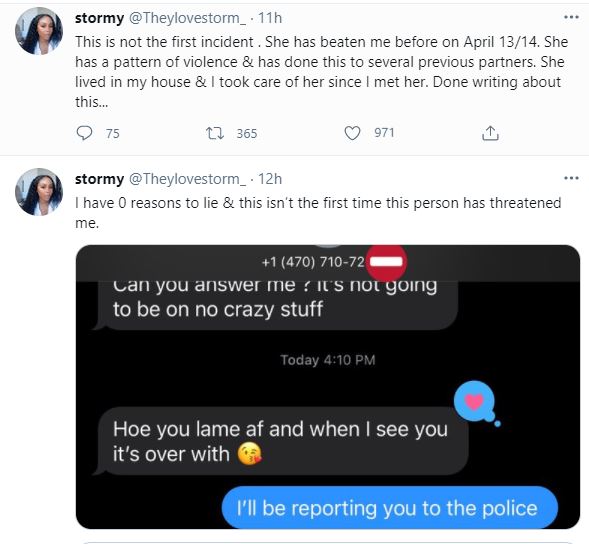