Joy Tongo, a lady who claimed she was a former manager of embattled singer, Cynthia Morgan, has come out to blast the singer, claiming she’s telling lies and seeking self-pity in order to stage a comeback. 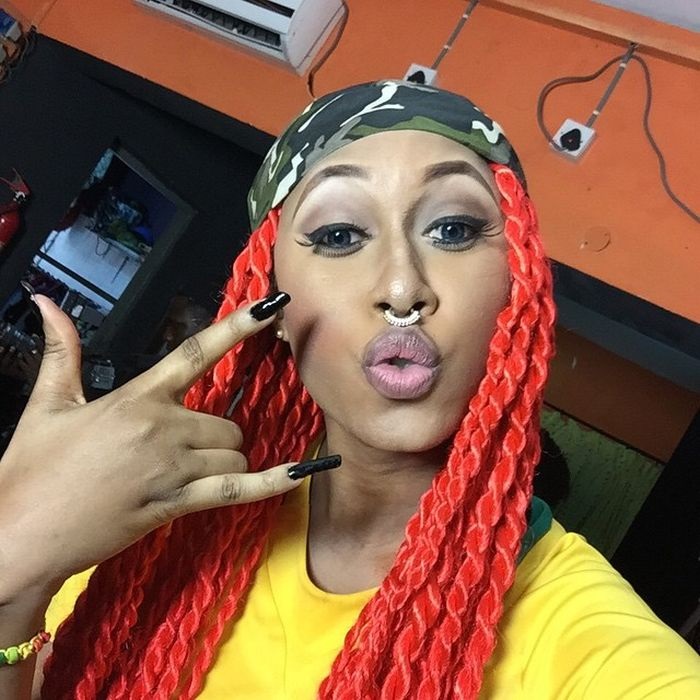 Joy Tonto’s claim is coming hours after the singer narrate her travails at the hands of her record label, revealing how she lost everything due to the battle over her contract.

Joy’s post however, seems to contradict a lot of things Cynthia (who now goes by the stage name, Madrina) said during the instalive session. 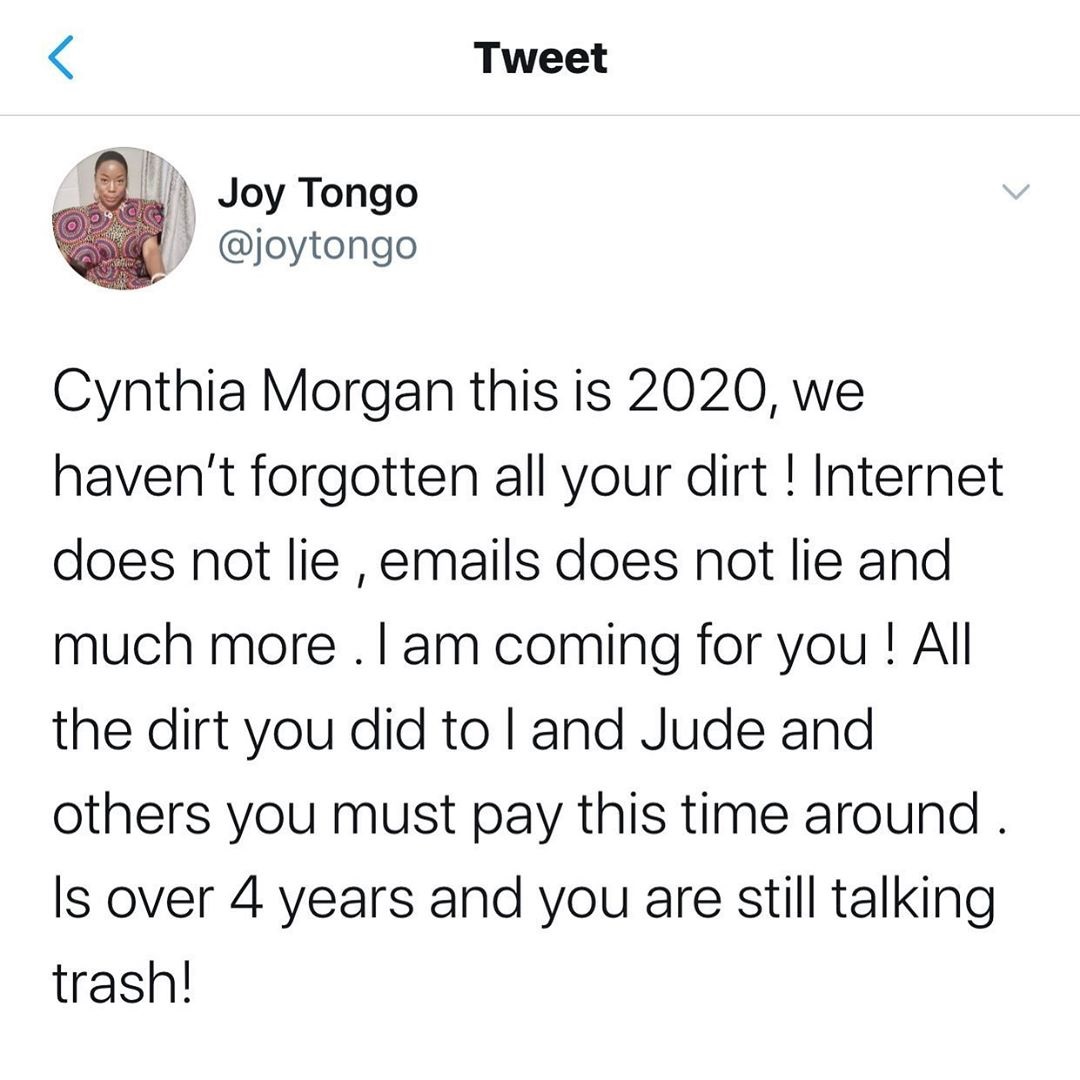 Record Label /Management are not a charity organization . As Cynthia Morgan’s formal manager from 2011-2016 who have never spoken out , I can boldly say No one killed your career . Your Pride and your nasty attitude was your downfall . You used your own hands and mouth to kill your once bubbling career. Since you can’t own up to your downfall of your music career and you are now trying to get people to have sympathy for you after 4 years. 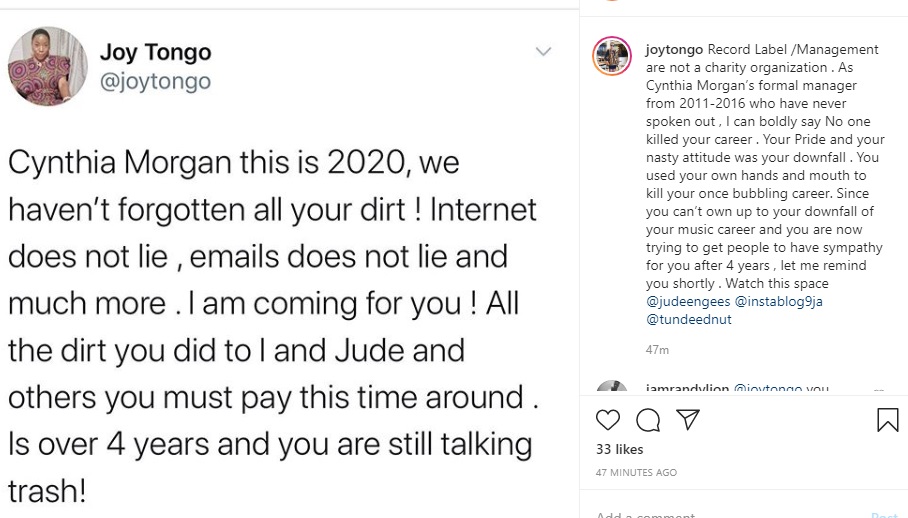