The EFCC has arrested a 43years old Mukhtar Bello who has been impersonating officers of the Commission.

According to the commission , Bello who graduated from the university of Tampa Florida in 1999, met his Waterloo at an ATM in Kaduna when he told some ladies that he was an Officer with the EFCC. 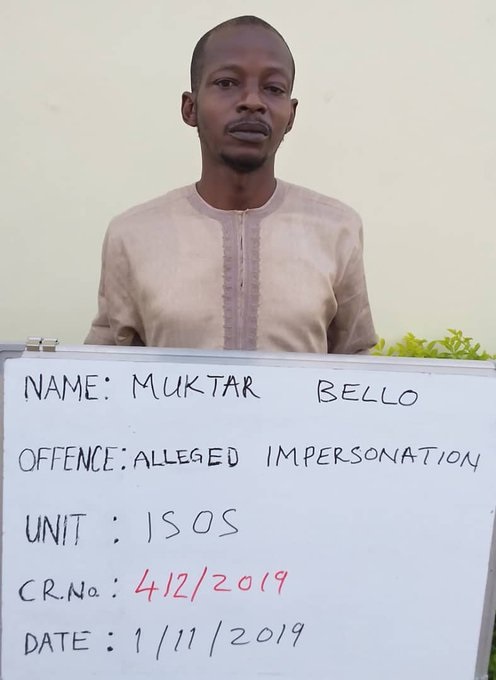 In related news, The Acting Chairman of the Economic and Financial Crimes Commission, EFCC, Ibrahim Magu, has described the recent arrest of an alleged internet fraudster, Ismaila Mustapha, also known as Mompha and his Lebanese accomplice, Hamza Koudeih, as a landmark achievement in the sustained fight against internet-related frauds and money laundering in the country.

Magu said the arrest of Mompha and Hamza by operatives of the EFCC, bore testimony to the commitment of the Commission to the fight against internet-related frauds, adding that “ it is also a red alert to potential fraudsters.”