The Ibadan Zonal office of the Economic and Financial Crimes Commission, on Thursday, 12th March 2020, arrested 48 undergraduates, suspected to be internet fraudsters in Abeokuta, Ogun State.

They were reportedly apprehended around Alabata area in Abeokuta following an intelligence tip off on their involvement in various internet related crimes.

According to a statement issued by the EFCC’s Acting Head of Media and Publicity, Tony Oriade, the suspects would be arraigned in court after investigations had been concluded . 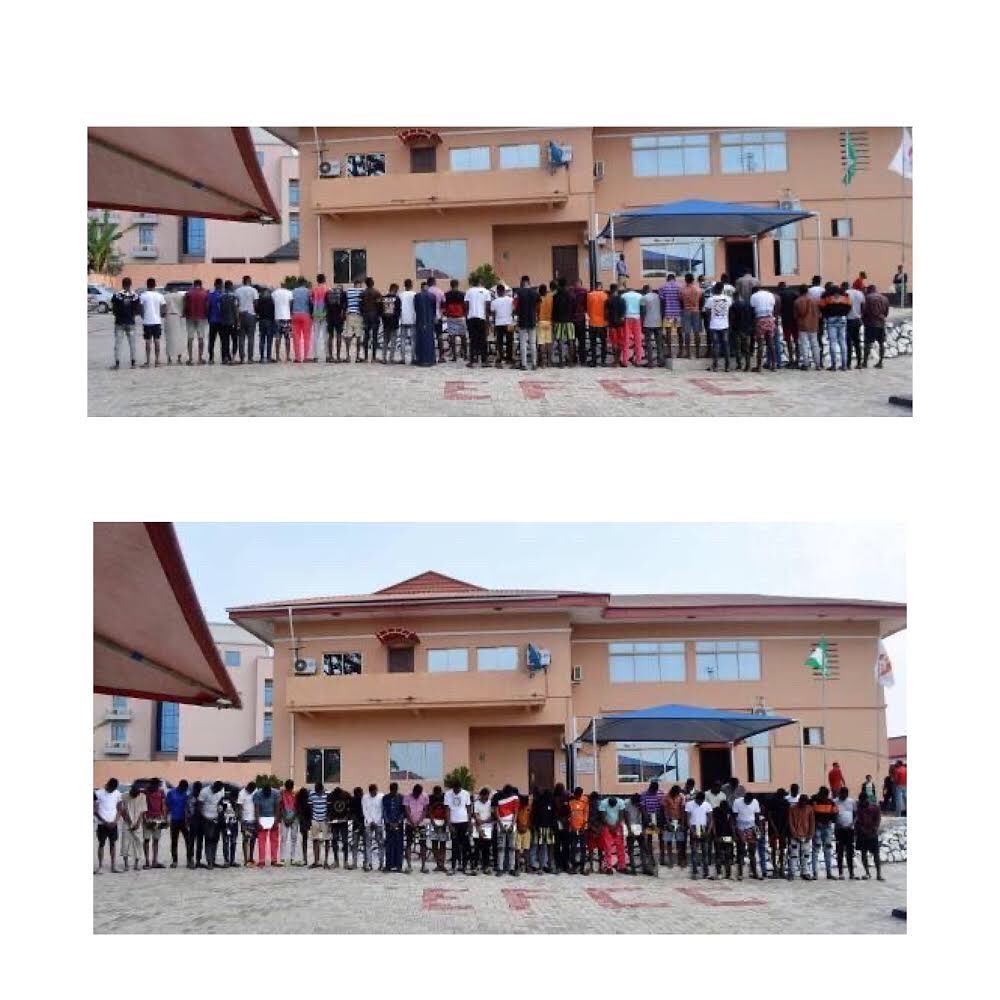 Read Also:  Coronavirus : 4 more patients have recovered and have been discharged in Lagos.
Please Share this: