The Ekiti State police command has arrested one Adeyemi Eniola Feranmi, for defrauding a Corps member and three others by parading himself as a legal practitioner on Facebook. 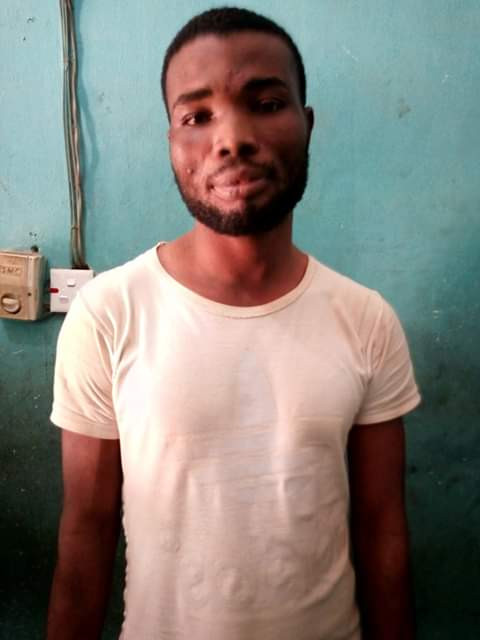 Spokesperson of the command, DSP Caleb Ikechukwu, who confirmed the arrest on Monday, said the suspect from Kogi state falsely presenting himself as a coordinator of a non-governmental organization rendering legal services to the people.

“On July 2019, The suspect ADEYEMI Eniola Feranmi, a native of Ayetoro- Gbede in Yagba, Kogi State posted himself on social media (Facebook )as a legal practitioner in legal practitioner’s regalia, which he used as a display profile (DP)” the statement reads.

“He falsely represented himself as the coordinator of an NGO tagged “Total Motivation Network” in Nigeria. Under the false pretence of rendering legal services, he has defrauded several persons of their hard-earned money. Among the victims are Miss Buhari Safurat Temitope ‘f’ a youth corper, Mr Steve Rose Ayokunle, Omisore Eniosi Funmilayo ‘f’ and madam Oke Bamidele. Some other persons paid several thousands of Naira to Adeyemi Eniola Feranmi on behalf of assisting an NGO coordinated by the suspect. The suspect confessed to the crime and will be charged to court at the end of police investigation,”

The suspect confessed to the crime and will be charged to court at the end of police investigation.

DSP Ikechukwu advised members of the public to avoid interacting/ communication with strange people on social media platforms, as they may become victim to such cyber crime.

Read Also:  “If you have mind come and break my heart” – Lady writes as she shares photos with her dad who is a customs officer and brother, a soldier.