Some Nigerians in Hungary held a candlelight procession in honour of the people who were killed in Nigeria during the End SARS protests. 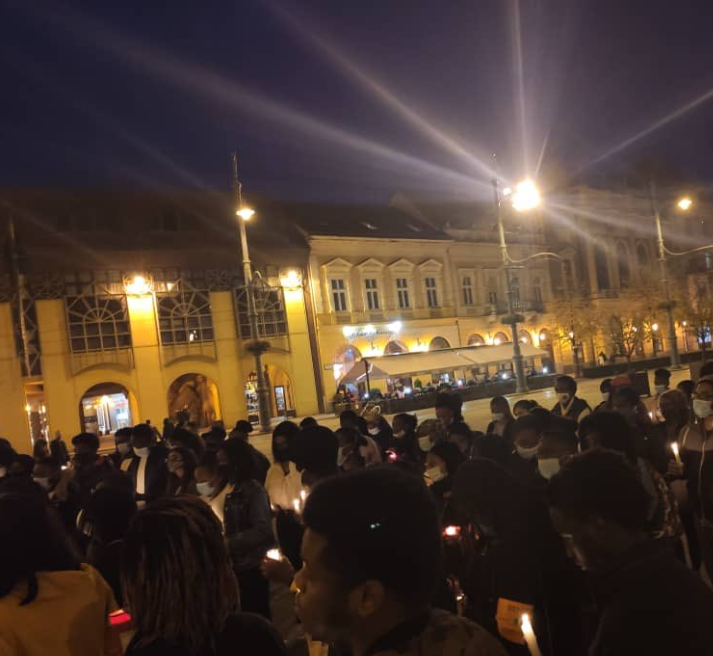 The historical End SARS protests started on October 8 2020, and continued till October 20, 2020 when uniformed men opened fire at peaceful protesters at the Lekki Toll Plaza.

Before the shootings at the Lekki Toll Plaza, a number of protesters had been killed during the peaceful protests, which includes Jimoh Ishiaq who was killed on Saturday, October 10, 2020, when a policeman opened fire during End SARS protest in Oyo state. Another death was also recorded on October 12 in Ojuelegba, Surulere, when police opened fire on protesters.

To mourn those killed while protesting police brutality in Nigeria, Nigerians in Hungary held a candlelight procession on Sunday night, October 25.

One of the placards from the candlelight procession reads, “For all the lives we lost in the fight to #EndSARS & #PoliceBrutality.” 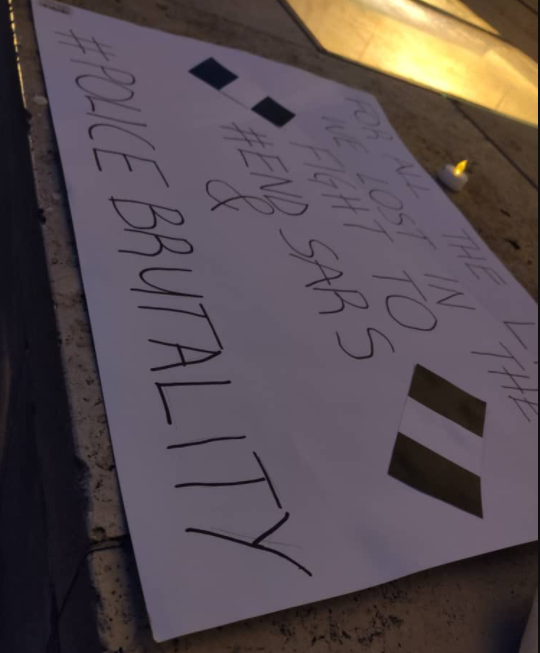 Here are some photos below, 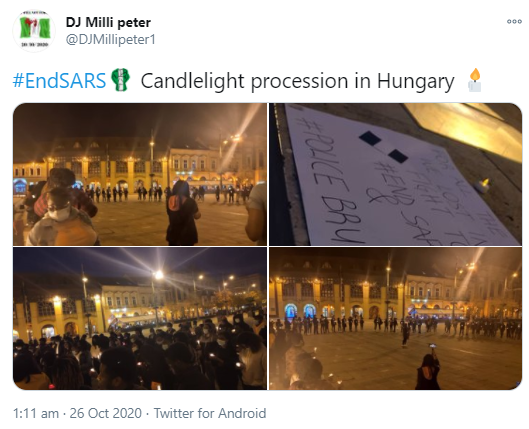 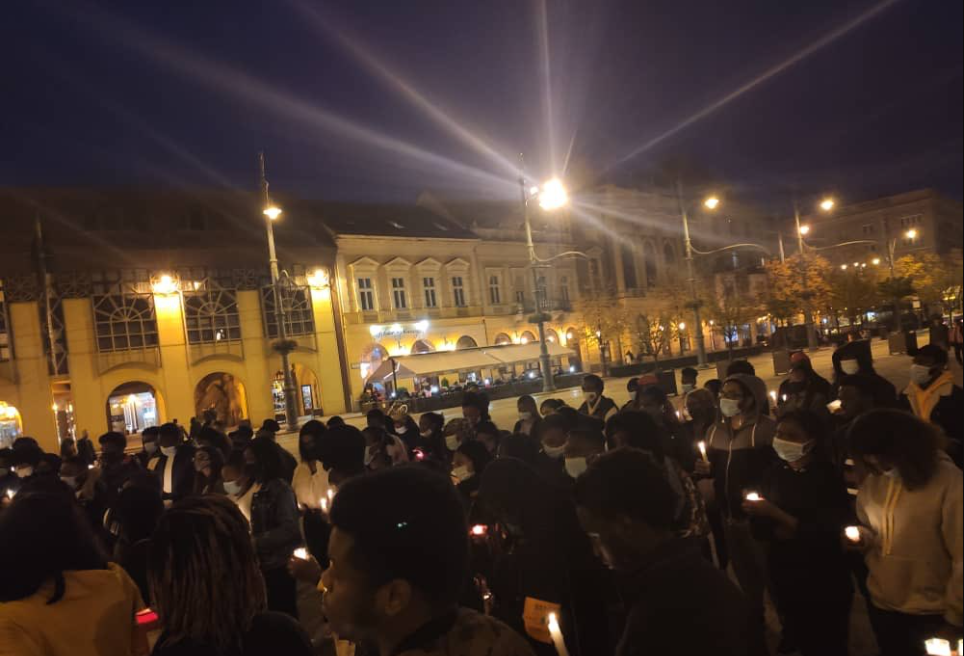 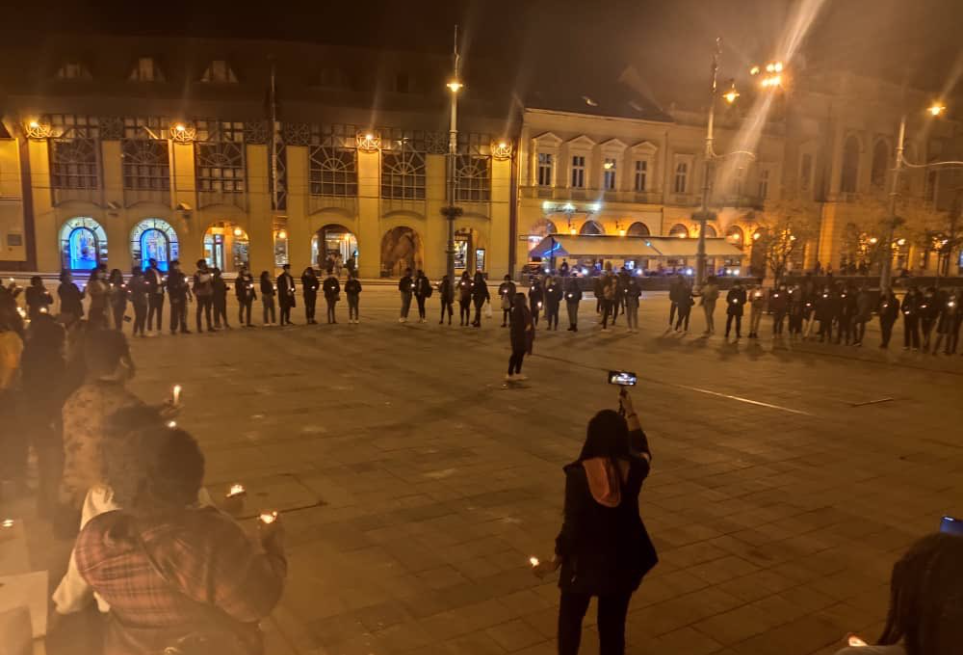