The father of epileptic boy, Jibril Aliyu, who was chained with animals by his family for two years because of his health condition has been charged to court. 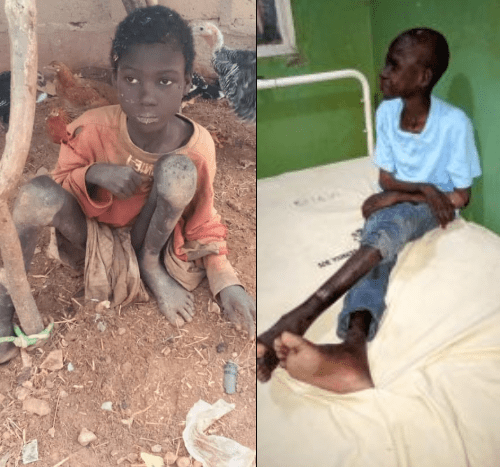 Jibril was rescued by police detectives after getting information about his predicament. As earlier reported, his father and stepmothers have already been taken into police custody because of their barbaric act. 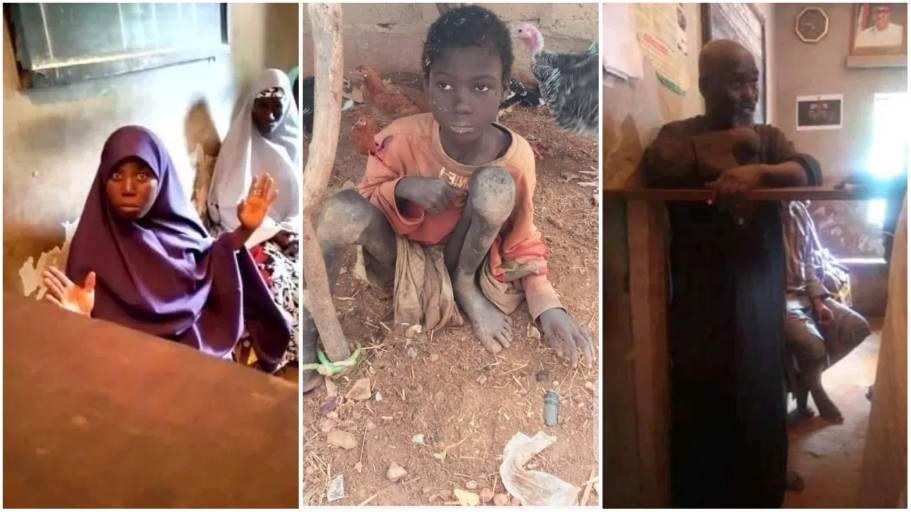 In a statement by DSP Nafiu Abubakar, the spokesperson of the Kebbi state police command has revealed that Jibril has Down Syndrome and his father, Aliyu Umar, decided to tie him with a rope because he had taken him to several native doctors but all to no avail.

Abubakar also stated that Jibril’s father, Aliyu Umar, was found culpable of cruelty to his son and has been duly charged to court.

”The Kebbi State Police Command wishes to inform members of the general public that on the 09/08/2020 at about 1440hrs, information revealed that, one Jibrin Aliyu, male, aged,12 years of Badariya area, Birnin Kebbi was tied with a rope alongside with animals and chickens for a period of two years after demise of his biological mother without treatment and feeding in their residence.

On the receipt of the report, detectives attached to the Divisional Police Headquarters, Birnin Kebbi, swiftly rushed to the scene, rescued the victim and took him to Sir Yahyah Memorial Hospital, Birnin Kebbi for medical attention.

In the course of investigation, it was discovered that the victim, Jibrin Aliyu is a patient of Down Syndrome and his father, Aliyu Umaru has admitted to have tied him with a rope because he had taken him to various native doctors for medication up to the extent of selling some of his properties but all in vein.

Instead of his father to continue with his medication, he decided to subject him to such inhumane and degrading treatment in order to prevent him from roaming about in the town, stoning peoples’ vehicles as well as injuring himself which could lead to his death.

In the light of the above Aliyu Umaru was found culpable of being cruel to his son and has been charged to court accordingly.”