Fidelity Bank PLC last Friday night held its year end customer appreciation party – themed “Give Them Wings” – for the past year and highlights from the event show that it was quite a blissful one.

From guests donning really stunning and glamorous outfits – as the dress theme for the event was ‘glam’ – to same guests grooving to electrifying performances and stage acts. 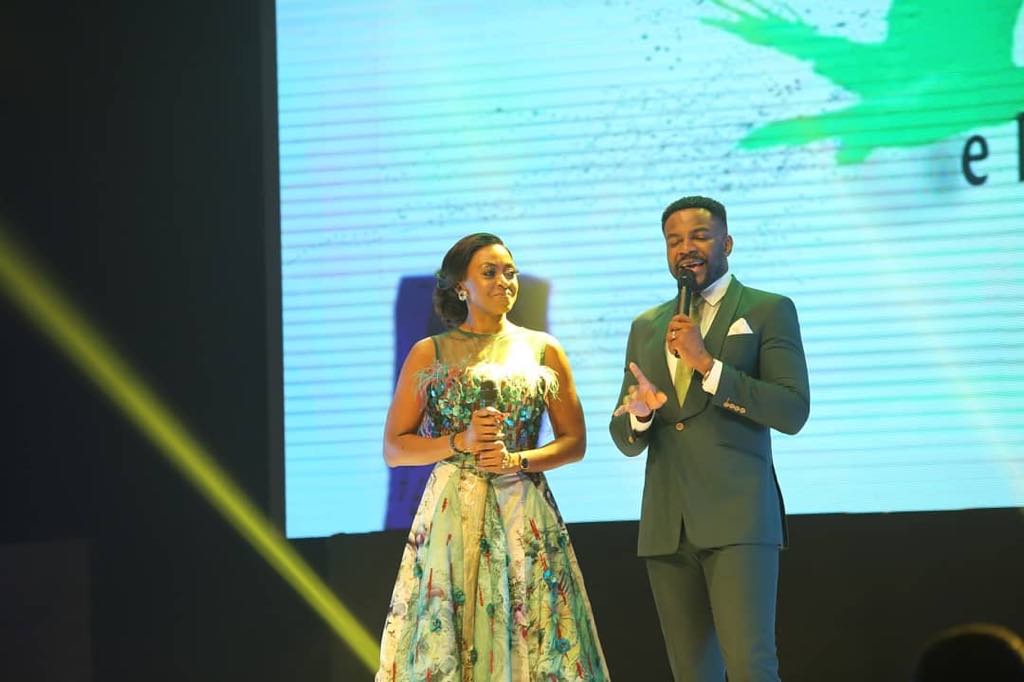 Kate Henshaw and Ebuka were the host of night!

The event was graced by sensational performers – from really talented and organized dancers to top notch music artistes leading in the music industry – who made good sure that there was a fair share of excitement oozing from their entertainment.

There were quite a lot of highlights from Fidelity’s Customer Appreciation party but one remarkable and memorable highlight is that of the ‘greatest teacher in the world’ — Michael Showunmi. 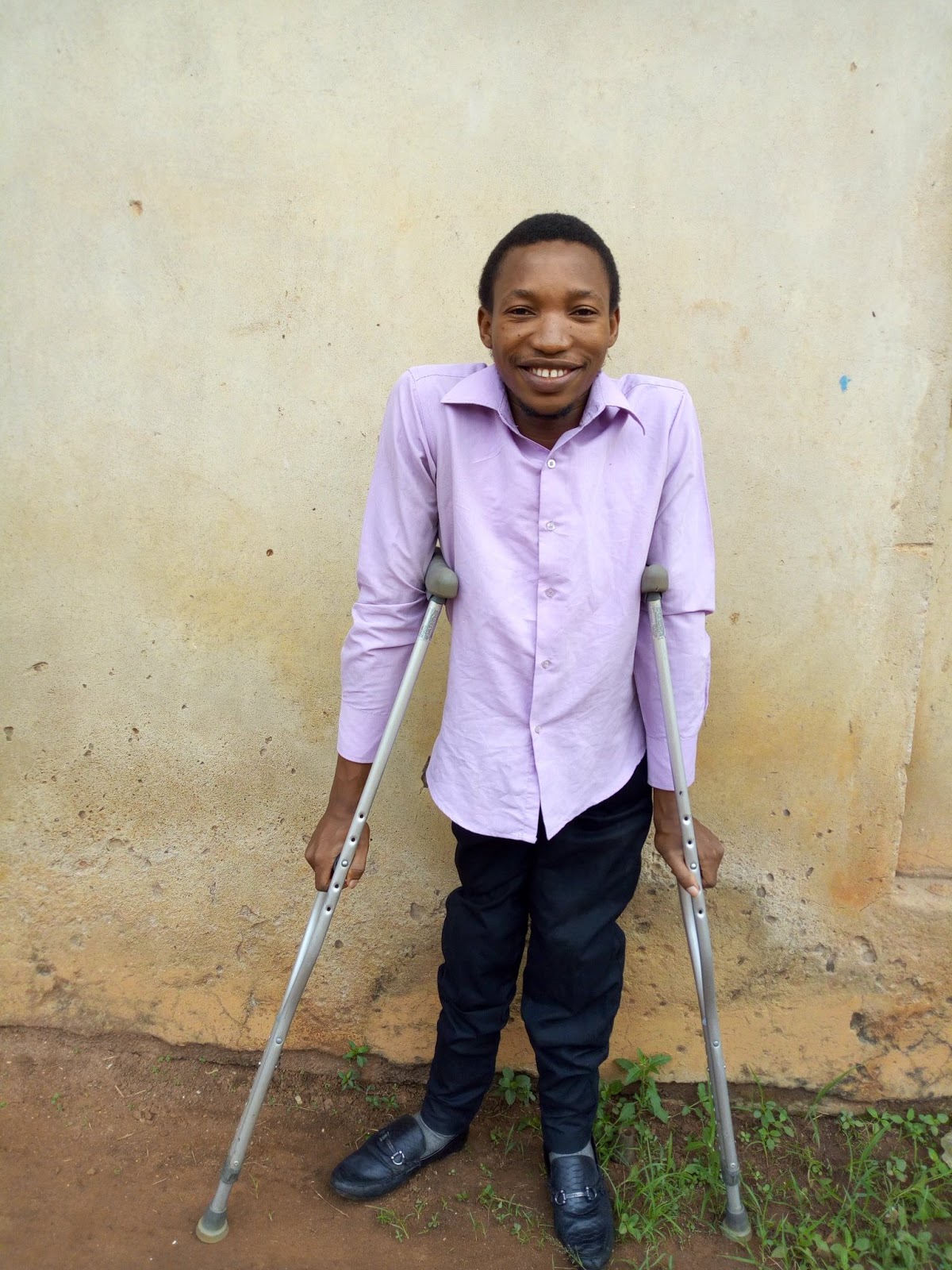 Michael Showunmi dubbed “The Greatest Teacher in The World”

What led to that moment begins with when a heartfelt video of one Michael Showunmi – a physically challenged teacher – made its way to the view of the MD/CEO of Fidelity Bank PLC, Nnamdi Okonkwo after the caption of the video ‘The world’s greatest teacher’ caught his attention.

Read Also:  Pastor EA Adeboye reacts to the rape and murder of UNIBEN student, Uwa Omozuwa, in one of the branches of his church

The video documents the inspiring life of Michael, who disregarding his condition makes sure he impacts the lives of young minds with his teachings. Watch the video below;

The said heartfelt video, after being watched by Fidelity’s MD/CEO, Nnamdi, moved him to tears and as such, he decided to take action by giving Michael ‘wings’.

Michael was led to the stage on Friday night and was introduced to everyone present and in course of this, Nnamdi declared his intention of giving Michael wings by stating that Fidelity bank will be employing him.

Showumi will undergo some training and banking courses & trainings and thereafter become a lecturer at the Fidelity Academy.

Showumi addressed the audience as he thanked God, the MD and the bank for giving him wings. 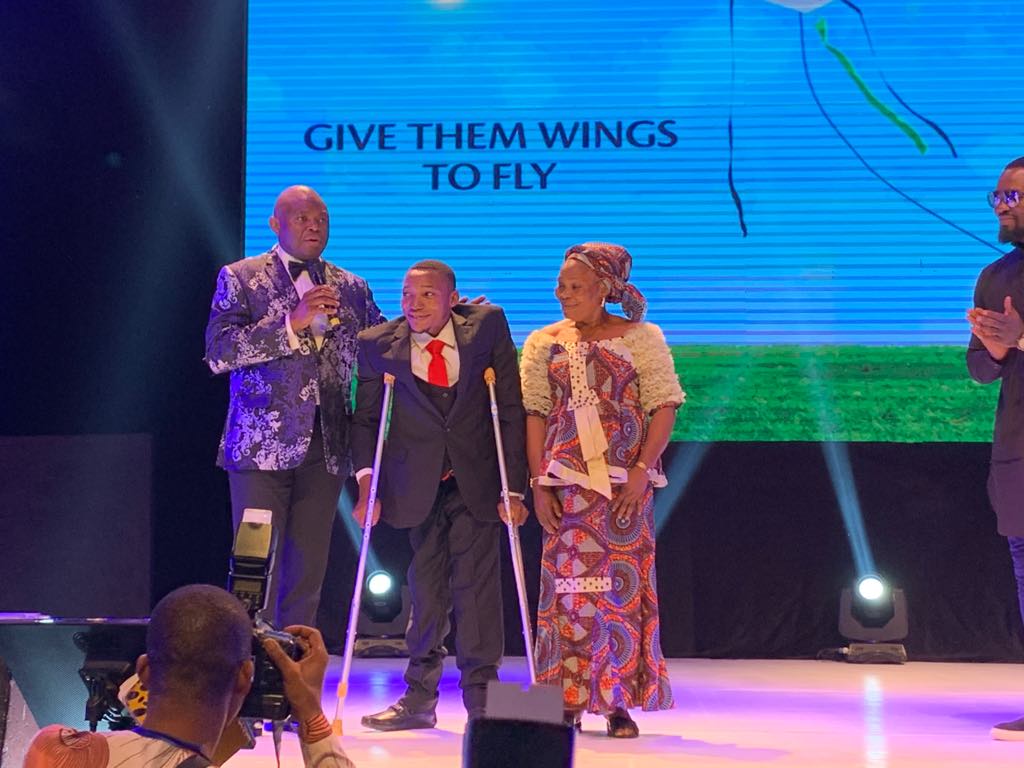 Pictured above: From Left: MD/CEO of Fidelity Bank, Nnamdi Okonkwo, Michael Showunmi and his mother at the Fidelity Bank Year End Customer Appreciation Party. Which went down at Eko Hotel & Suites, Victoria Island Lagos, on Friday, the 24th of January, 2020.