The football fan who was caught out looking very worried after pitch cameras filmed him kissing the woman next to him at a match has reportedly admitted he was cheating on his partner.

The public display of affection was captured by cameras at half-time of the friendly between Barcelona SC and Delfin in Ecuador on Saturday, and it didn’t take long for the video to make the rounds on social media. 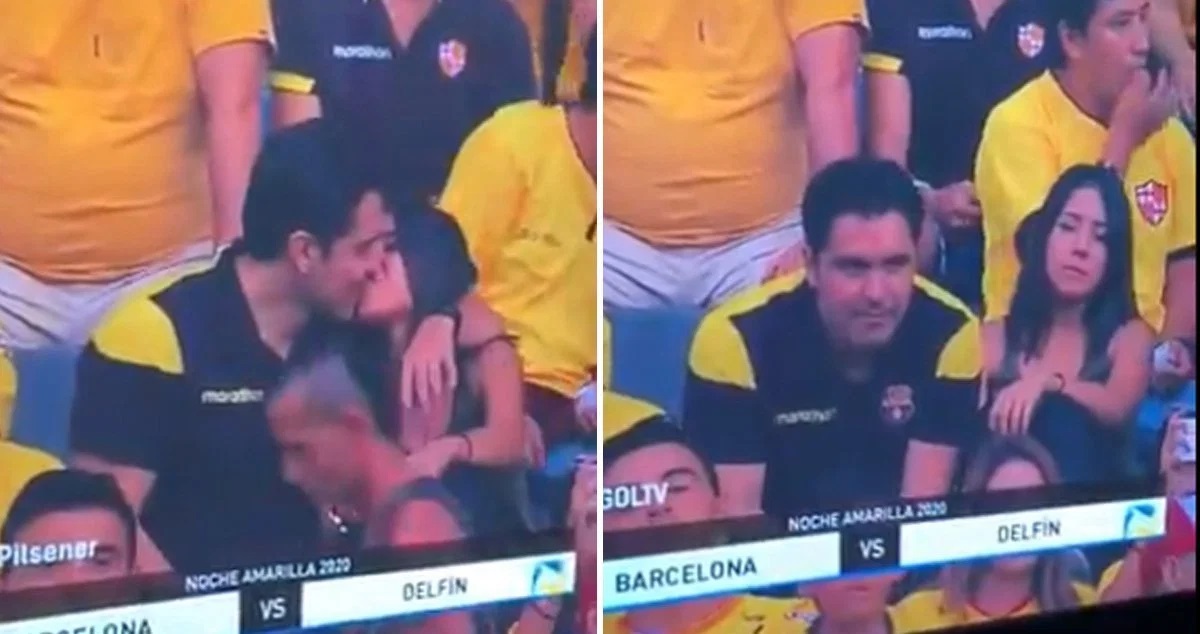 The man, who The Metro identified as Deyvi Andrade, was seen cuddling close to his companion and kissing her before whipping his arm away and looking very guilty after realizing he was being filmed.

Andrade has since taken to his own social media pages to defend his actions and reveal that his relationship has been destroyed.

Read Also:  Ten new cases of #COVID19 have been reported in Nigeria.

‘If it was a woman in my place what would you do?’ he wrote as reported by The Metro.

‘Various videos have been circulating of unfaithful women but they haven’t been made fun of as much as me. I hope you never have to be in my position.

‘I’m going to defend my honour and my pride as a man until the end… We all fail and we all repent, thank you to those who have invited me to church and if I go it is so I can heal my family.