A Nigerian Facebook user, who goes by the name Mpiawa Azu, has noted that wearing G-string is a sign of unfaithfulness and prostitution in marriage.

Azu made this known in a post he shared on a Facebook page, in the early hours of Monday, August 10, 2020.

According to him, “Sir, once your wife starts wearing this 👇👇. Chefuo ya [forget it]…Ya!! First sign of unfaithfulness and prostitution…🚶🏽Kupunti” 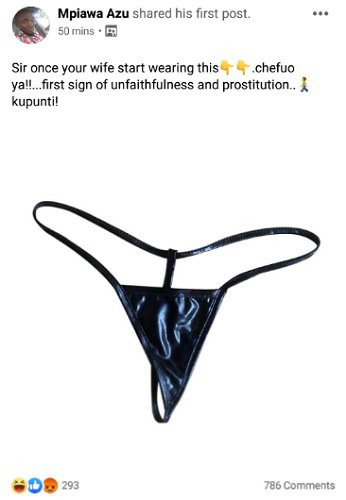 The post steered a lot of comments on Facebook, while some users agreed to the statement, many others were against it.

Another user, with username , Mc chidex biggy considered the post as primitive. 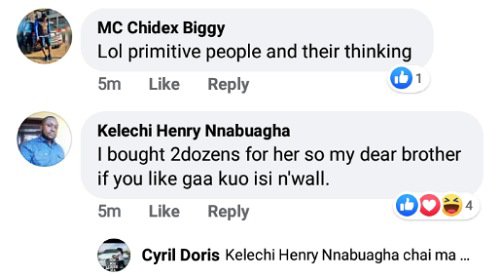