Word making rounds is that the American-based Ghanaian went for a date with a guy, who allegedly sedated her, by dropping a drug in her drink. 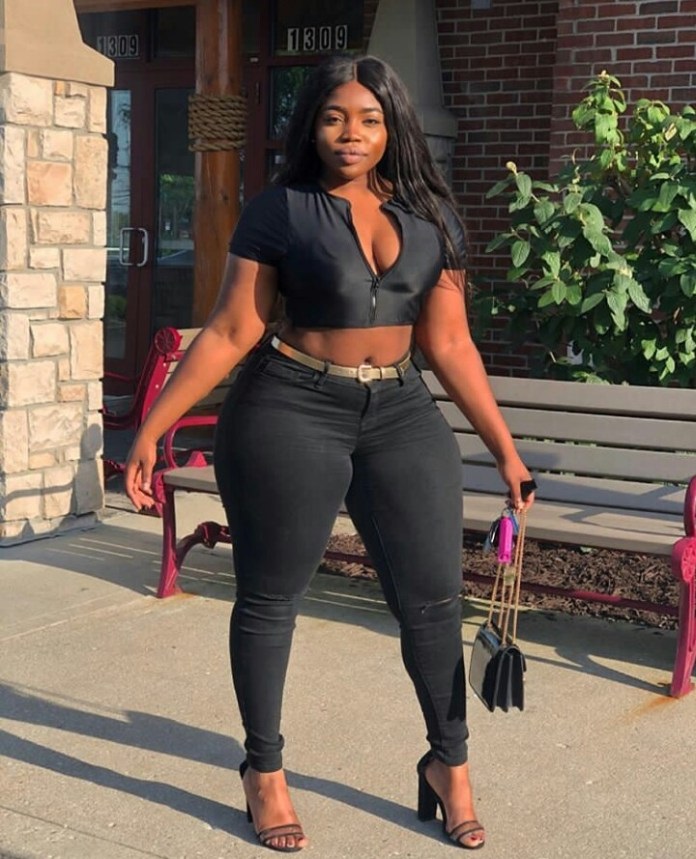 A close friend to the deceased, named as Lily, narrated what caused Naa’s death, by disclosing that, the sedation caused Naa to have complications.

“This friend allegedly put some sort of sedative drug into Naa’s drink which caused her to go into cardiac arrest. There was a delay in getting Naa adequate medical care and it is unknown how long she went without oxygen to the brain. As a result, all brain activity stopped” a screenshot her friend shared stated.

Naa Dromo, popularly known on Instagram as Ahoufedua, was a cosmetologist and daughter of Senior Pastor Glitter Sower.

See the narration of her sad demise below ; 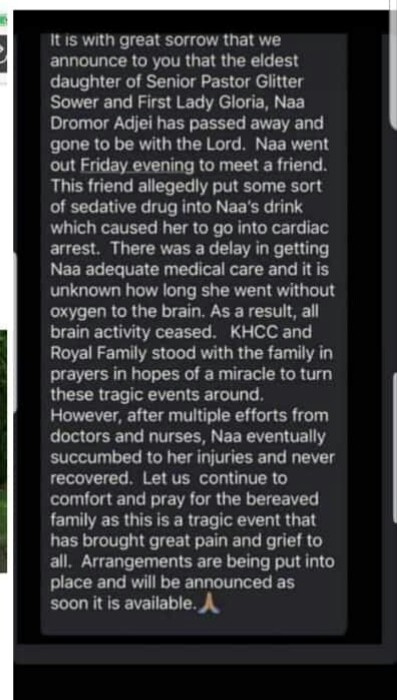