A video of a Nigerian bride being walked down the aisle in an outdoor ceremony has gone viral on social media. However, while most brides often stay focused in that moment, this wasn’t the case with this bride. 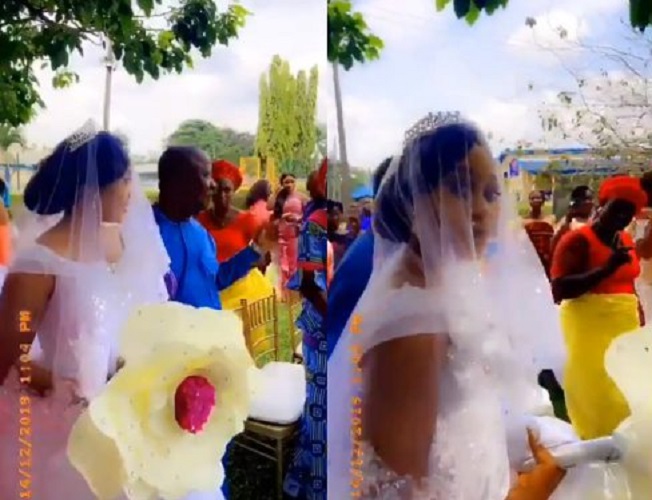 The bride had the time to show her savage side when she responded to her friend who was gushing over how beautiful she looked as she walked down the aisle. Rather than blush and keep it moving, this bride decided to throw a playful jab at her friend.

In the video which has since gone viral on social media, the friend can be heard saying she has goose bumps just looking at her friend walking down the aisle.

The bride in turn replies: “Go and get a boyfriend before goose bumps kills you”