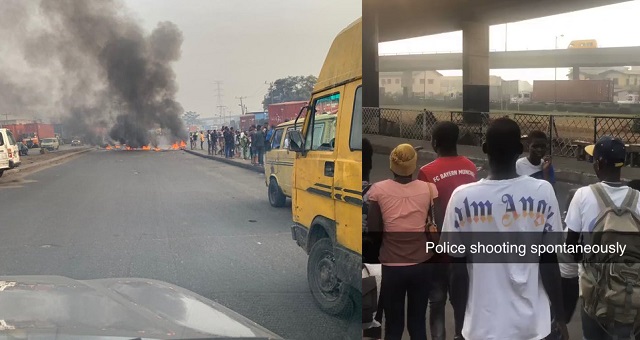 Videos being circulated on social media suggests there is pandemonium in some major parts of Lagos state as some touts have taken to the streets to protest the recent ban on commercial motorcycles popularly known as Okada.

According to a twitter user who shared an image from the crime, the clash is between the aggrieved Okada riders and Police in Ijora.

See the clips below ;

The #OkadaBan protesters around Ijora axis stoning buses/commuters inside buses will only give credence to why the @followlasg banned Okadas in the first place – LAWLESSNESS!

Direct your protest against the state not against fellow road users!#Ijora