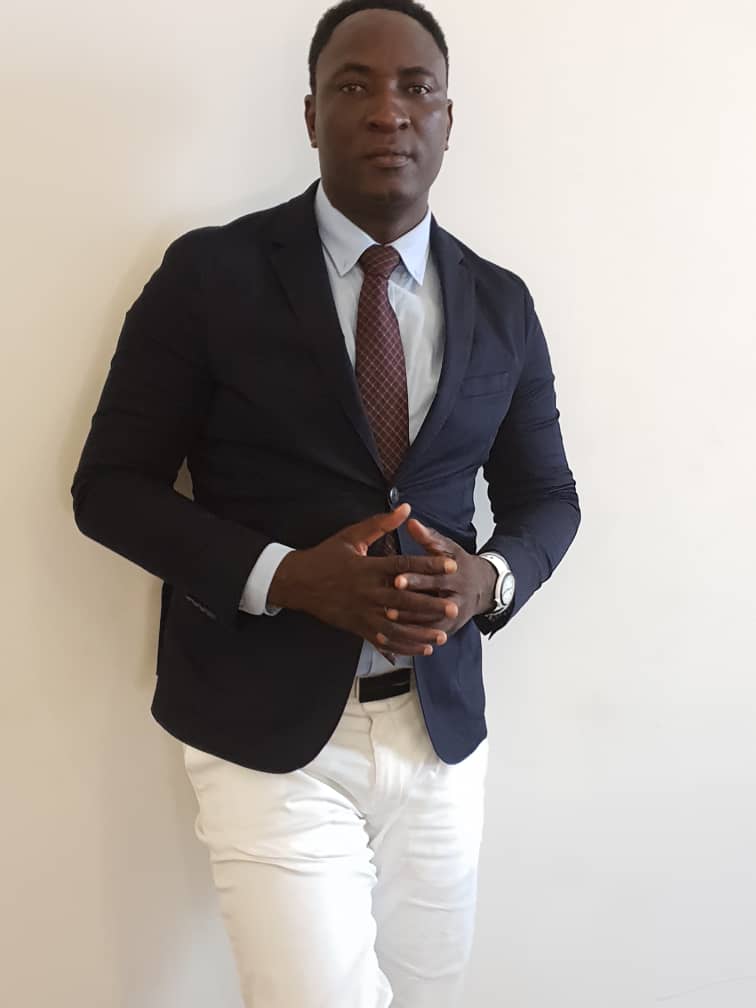 It has been brought to the notice of, Man Of God and founder and head prophet of Christ Mercyland Deliverance Ministry, Prophet Jeremiah Omoto Fufeyin, a misleading statement from his friend, social media influencer and OAP, Daddy Freeze.

Daddy Freeze’s statement, which has since gone viral, was made on the 25th of April, 2020, as a response to a comment on Instagram.

It involved Daddy Freeze trying to defend his transparency as a social media influencer; the OAP’s comment may have unintentionally or intentionally implied that Prophet Jeremiah Fufeyin had offered him some sort of monetary gift or bribe, which he refused to accept. 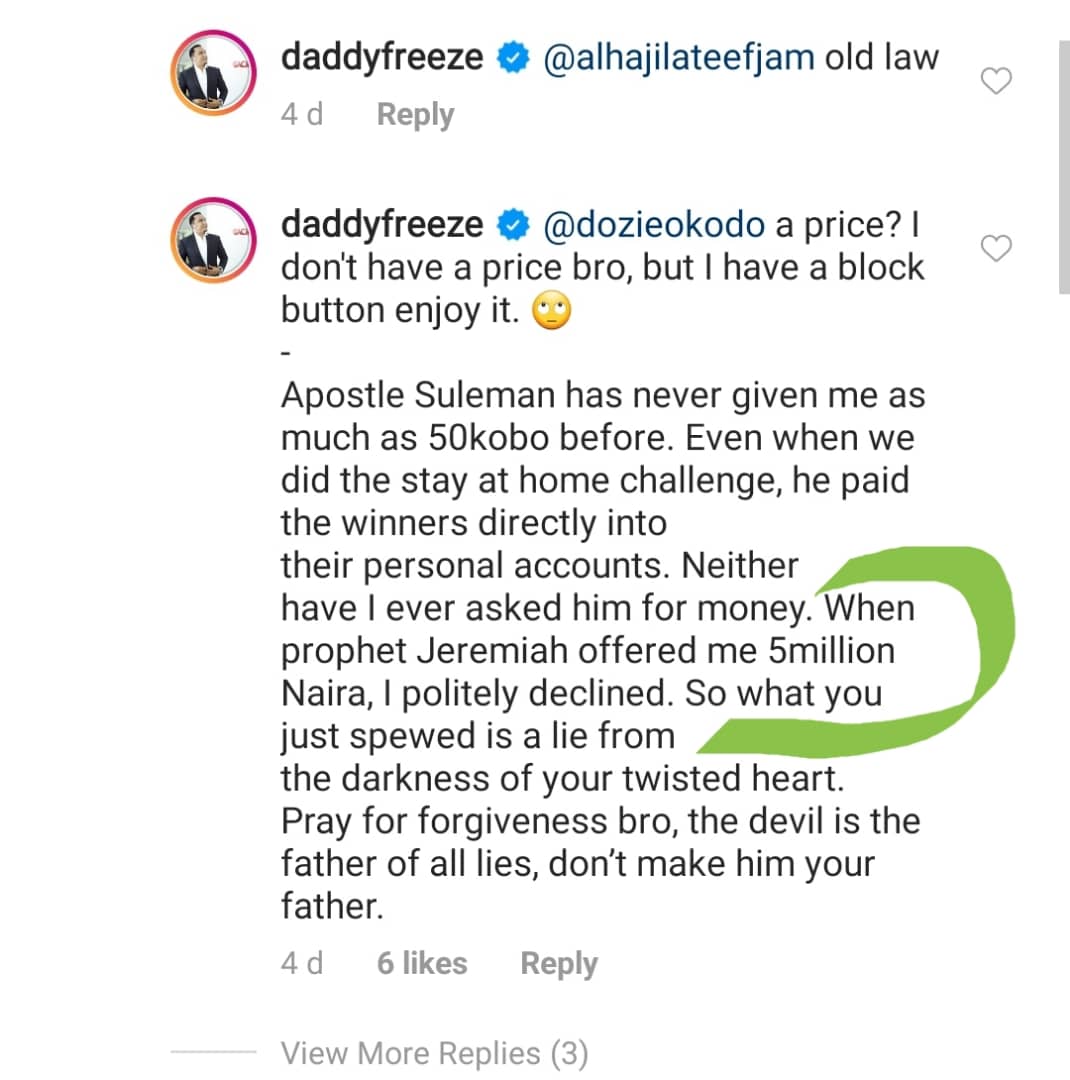 Prophet Jeremiah Fufeyin has, however, come out to clear the air over the highly misconstrued statement. In a press release signed by his publicity secretary, Mr Moses Akpovotiti and his Media aide, Engr Tare Franklin Fufeyin, the man of God made it unequivocally clear what transpired between himself and Daddy Freeze was a working plan to assist Nigerians during the Lockdown period, using Daddy Freeze’s social media page.

The Man of God planned to use the social media influencer as a channel to disburse Five million naira to Nigerians, and never made any bribe offer or any such offer to Daddy Freeze. 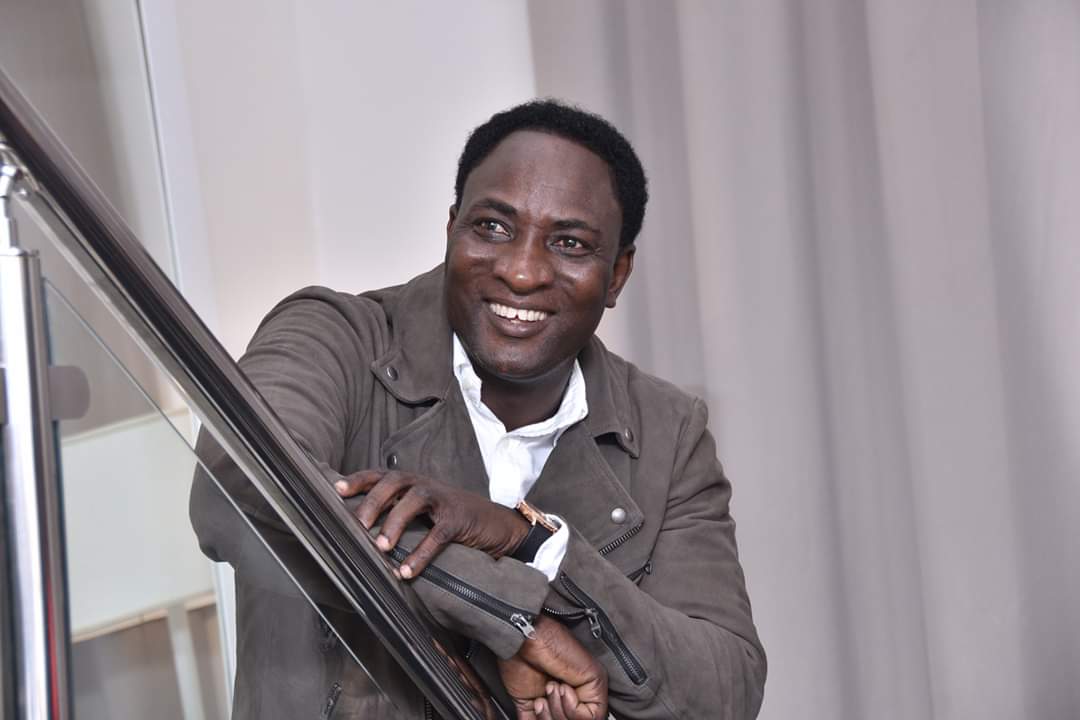 As seen in the release,

“The statement made by Daddy Freeze is confusing and misleading to his personality, suggesting that he attempted to bribe him for any reason whatsoever. It should be clear, on record, that this supposed 5 million naira was meant to be distributed to distressed Nigerians during the Lockdown period.”

“The Man of God is known for his humanitarian activities and general goodwill, and the information being passed around is quite misleading. Daddy Freeze should not have used Prophet Jeremiah’s charitable gestures as reference, in whatever defense he was trying to make for Apostle Suleman. It is quite offensive and misleading, and we have since gotten public insinuations that Prophet Jeremiah offered Daddy Freeze a Five million naira bribe. Let it be very clear that the purpose of this money offered was to assist Nigerians during this Lockdown and not as a gift to Daddy Freeze, as his statement may insinuate.

In other news, we would like to draw the attention of the general public to Prophet Jeremiah’s prophecies about the end of the COVID-19 pandemic, which has started to find fulfillment.

The Man Of God who, on the 21st of March, gave a prophecy of the end of the pandemic within a month and one week, batch by batch, from nation to nation, has been celebrated by many as the prophecy is currently being experienced across the world, with the virus gradually disappearing from nation to nation. This is indeed a validation that Prophet Jeremiah Omoto Fufeyin is a spirit-led Man Of God!

Hopefully, according to President Buhari Nigeria, we will join other nations to come out of the Lockdown measures, just as the Man of God Prophesied on 21st and 24th of March, respectively.