Veteran actor, Pete Edochie’s son, Yul has opened up on his stand on men who kneel down to propose marriage to women.

According to Yul, he didn’t kneel to propose to his wife after all. 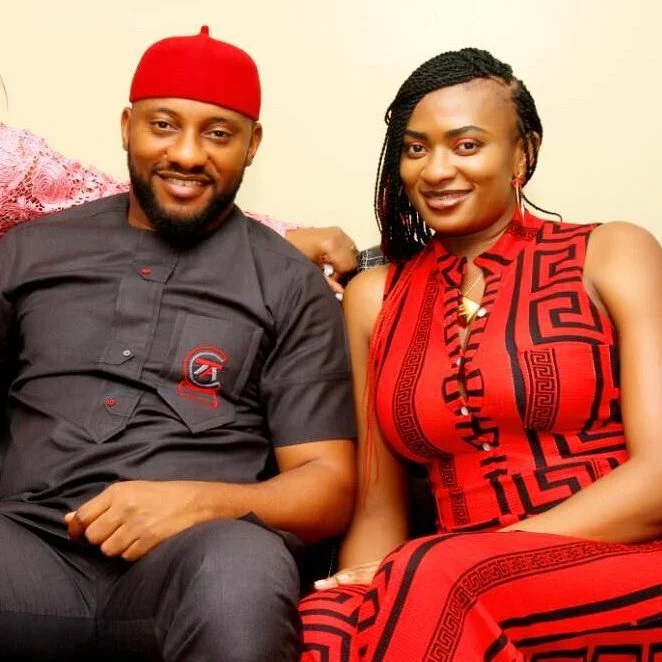 “I didn’t kneel because I didn’t have to. My wife didn’t ask me to kneel and propose to her. I got married many years ago, 2004 or so. But I will tell you what I think about kneeling to propose.To an extent, my father is right. It is not our culture. It is foreign.

“MY FATHER IS 73 YEARS AGO, MUCH RESPECT TO HIM, BUT YOU SEE, HE IS SPEAKING FROM HIS OWN ERA. HE LIVES IN THAT TIME WHEN THEY DON’T NEED TO KNEEL TO PROPOSE,” he said.