A Nigerian Man has taken to micro-blogging site, twitter to recount how he faked his own death and printed an obituary poster just so he could leave the relationship he was in at that time. 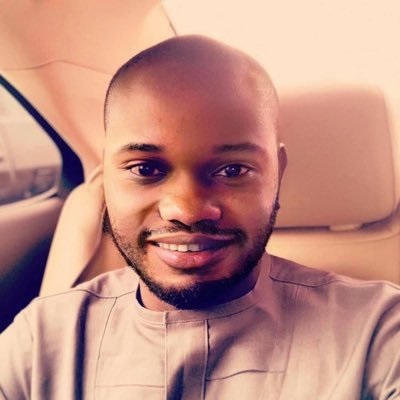 Read his hilarious narration below ;

One time in final year after defending my project, I met one sweet Post Graduate at Alakahia. She was way older than me but she was sweet.

We did talking stage for like 1 week before she agreed to come to my place and that day was one of the biggest mistakes of my life.

Because of small pre marital sex, this woman was calling me 30 times a day.

If Nepa takes her light – “Baby, you won’t believe what just happened”

If the light comes back – “Baby, they brought it back oh”

I was even managing the calls until one Sunday she sent me her Sunday picture, she was wearing white and white.

I asked her whether she was wearing costume for kingdom dance performance in church but she said it’s Olumba Olumba Obu. (If you know, you know)

I got drunk that evening and told her “I’m ending this relationship. I’m not feeling it”

The woman just laughed and said

“Don’t worry, you will soon start feeling it”

The next day, she came to the house and seduced me and I fell and forgot that I’ve broken up with her.

When my eyes cleared, I broke up with her again.
She just laughed and said she’ll see me tomorrow.
The same thing happened again.

In fact, it went on like that for weeks, I will break up, she will sexually bring me back to the relationship.

Read Also:  “Beyoncé is not your political leader,” Beyonceé’s mom, Tina Lawson, slams Tiwa Savage for calling her out over #EndSARS

One time I even blocked her number everywhere and left the house to my mother’s house for a whole week.

One day after I came back, she was passing by and saw my car and I was back in the relationship.

I thought deeply and enlisted the counsel of my friend and roommate
@iamFrankgod
and he told me what to do.

I told her I was driving to Owerri for a wedding that weekend and on Monday morning Frank called her and told the babe that I had an accident and died.

Obviously, the babe was devastated and tried to call me but I kept giving different people the phone to back up my story.

We even designed small Obituary poster and sent to only her on WhatsApp so she will rest.

I stayed in my mother’s house until the eve of convocation, I decided to drive to Alakahia and spend time with one new babe.

I was just sitting inside my car, waiting for the babe I went to see to come out of her house when I saw my ex and her both coming out of the gate.

She was obviously just escorting the new prospect to know the person who’s coming to pick her up. As I recognized her, she was also recognizing me inside the car.

I wanted to come down and explain but which Ghost does that??

As she wanted to start shouting, I quickly started the car and zoomed away.

She was screaming to my new babe

Thread of how I managed to run out of a relationship. https://t.co/WTyZfmMoM2