For Mr Emeka Abugu, his case is more than the saying that there’s ability in disability.

His ability to loose, patch, pumb, tighten and service motorcycle carburetors could be best described as a miracle as it defies all scientific tenets.

When our reporter visited Mr Emeka at his kiosk in Orie Umuaji, a village in Umuida community, Igbo Eze North local government areas of Enugu state, he was busy attending to his numerous customers whose motorcycle tyres either got deflated or punctured by sharp objects. 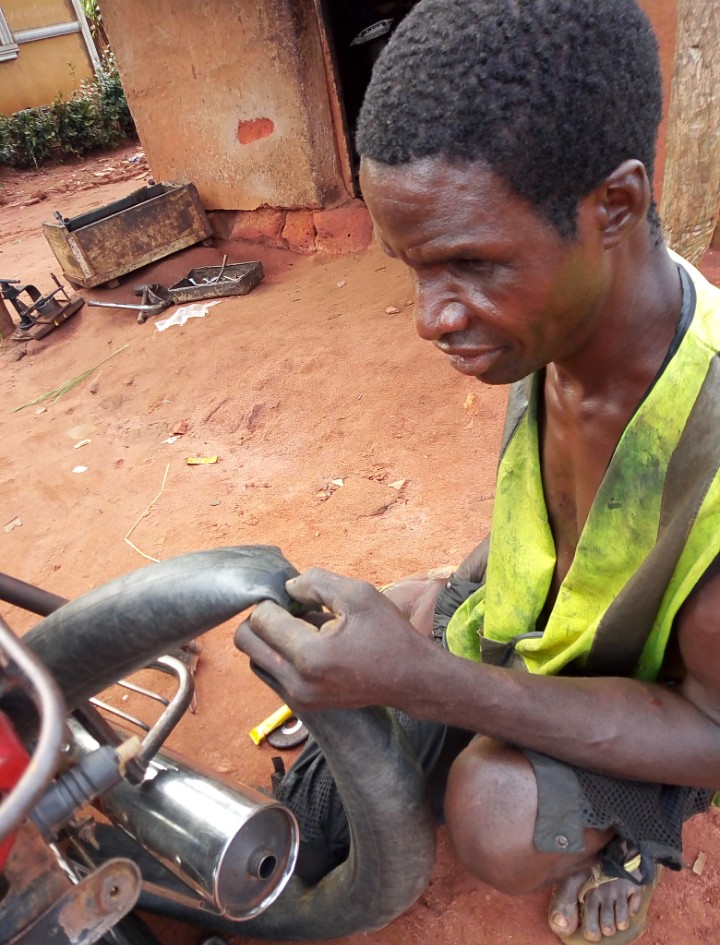 Fortunately for our reporter, his motorcycle tyre got punctured few minutes to Mr Emeka’s shed, so he had all the times to engage him while he attended to him.

Narrating how he ended up blind and his ability to set up a workshop in a state of blindness, Emeka narrated:

“I lost my two eyes when I was a kid to untreated cases of measles and other diseases.

My father was a bicycle repairer and I spent so much time in his workshop where I gradually learnt the works of patching bicycle tyres despite my challenges.

”However, when I mastered the acts after spending over ten years with my father, I decided to go into motorcycle repairing and spent many years as a result of my blindness.

Read Also:  She is perfectly fine and hasn’t shown any symptom- Davido opens up on Chioma’s health days after she tested positive for coronavirus 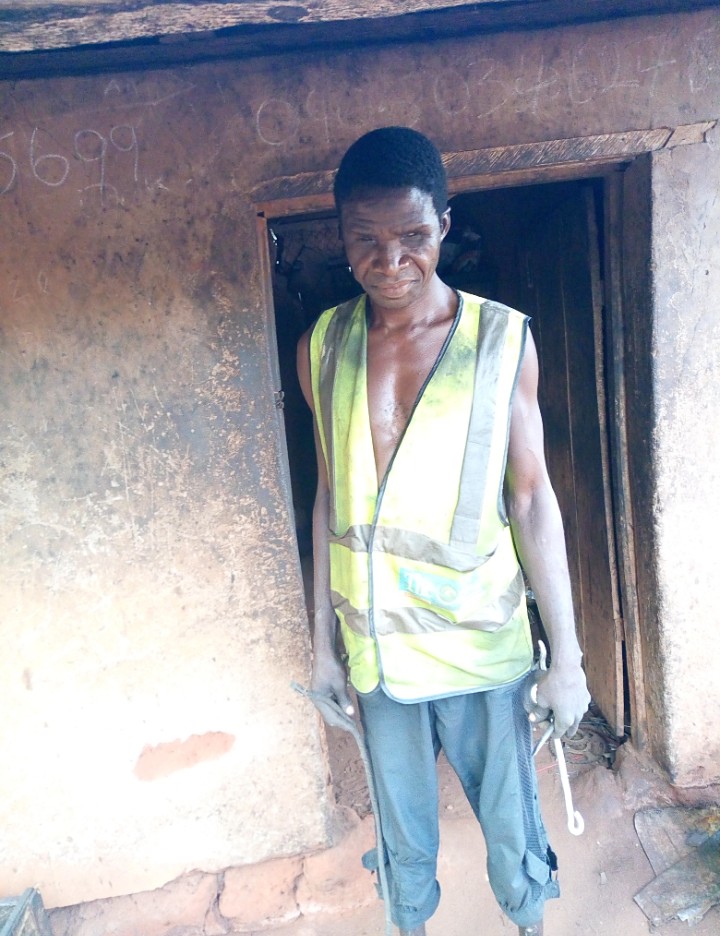 Today, I can not only render vulcanizing services, I can equally service motorcycle carburetors and other mechanical works”.

Emeka is married with seven children. When teased by our reporter how he was able to have so many children, he replied amidst laughter:

“I lost my sight but not my ‘manhood’, more over, my wife delivered two sets of twins.”

Emeka stated that he got married and built a small house from the proceeds of his business.
When he was asked on the help he would like the government and private individuals to render to him, he stressed:

“I would like if the government or private individuals help stock my kiosk with goods(tubes and other motorcycle parts) so I can be able to train my seven children from the proceeds” he concluded. 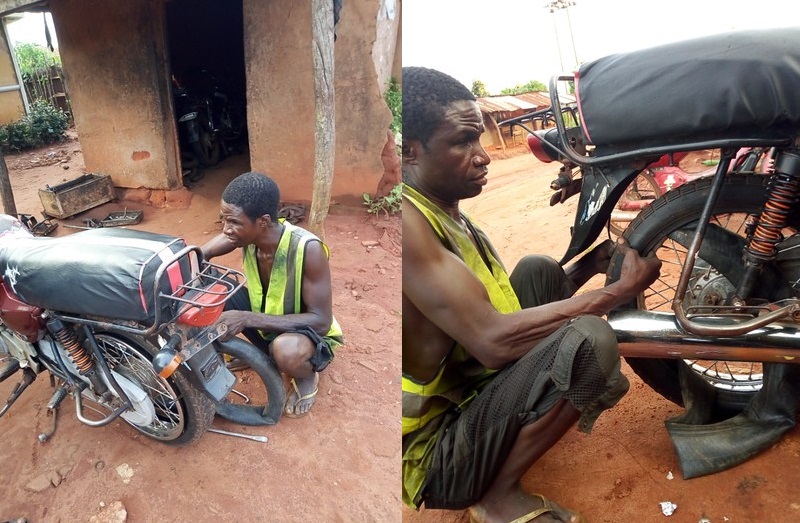